Over the past couple of generations, there has been a growing army of clinical researchers making the case that a high percentage of artists (fine artists, performers and writers) suffer from some form of mental illness. “High” meaning well above the general population. The most typical symptoms commonly found among artists are substance abuse, depression, bi-polar disorder and suicide, according to one of those researchers, Shelley Carson, a lecturer at Harvard University. To sum it up in more clinical language, she writes in a chapter of James Kaufman’s 2014 The Shared Vulnerability Model of Creativity and Psychopathology: “In general, research indicates that creative people in arts-related professions endorse higher rates of positive schizotypy than non-arts professionals.”

The link between art and mental illness has become institutionally recognized to the degree that an entire series of conferences on this relationship has sprung up. Called Creativity and Madness, the series of talks and panels was created by Dr. Barry Panter, a retired clinical professor of psychiatry at the University of Southern California School of Medicine. The next gathering, its 29th iteration, will take place on July 30 in Santa Fe, New Mexico.

But it’s not just Drs. Carson, Panter and Kaufman (he a professor of educational psychology at the University of Connecticut) who are telling us of this link. Around the world, a growing industry of clinical research into the mental states of creative people—experimental scientists sometimes get included in these studies—has concluded the same thing, which is reported regularly in the popular press. In 2009, Szabolcs Keri, a researcher in the Department of Psychiatry and Psychotherapy at Semmelweis University in Budapest, Hungary, announced to the world that “genetic polymorphisms related to severe mental disorders” were found in people with the “highest creative achievements and creative-thinking scores.” Keri has published quite a few articles in psychological journals, but this topic got written up in The Atlantic, among other magazines, including Scientific American, which published an article in 2011 titled “Why Creative People are Eccentric.” In 2016, a group of researchers reported on the “psychopath model of the creative personality” in the journal Personality and Individual Differences.

Researchers in this realm tend to feed off each other’s findings. Clinical psychologist Maureen Neihart reported in the Roeper Review that “[t]he incidence of mental illness among creative artists is higher than in the population at large. Some studies link creativity with bipolar disorders specifically (Andreasen, 1988; Jamison, 1989; Richards; 1989), and within the field of academic psychiatry, there has recently been serious acceptance of the association between creativity and the mood disturbance, hypomania (Jamison, 1993).” Jamison—in this case Kay Redfield Jamison, a clinical psychologist who has written extensively on bi-polar disorder—is the author of Touched with Fire: Manic-Depressive Illness and the Artistic Temperament, which made a strong connection between “creativity and mood disorders” in general, seeing an “overlap between the artistic and manic-depressive temperaments.” There may be no subject more discussed in all of art history than Vincent van Gogh’s right ear.

Jamison stated that not “all writers and artists are depressed, suicidal or manic. It is, rather, that a greatly disproportionate number of them are; that the manic-depressive and artistic temperaments are, in many ways, overlapping ones; and that the two temperaments are causally related to one another.”

Beyond what everyone “knows” to be true is the question, is it really true? “I certainly don’t believe there is any connection between creativity and bipolar disorders,” said New York psychologist Eric Dammann, who specializes in the treatment of fine, literary and performing artists, adding that the linkage is “pretty well debunked.” That view was seconded by Christine LaCerva, a faculty member at the East Side Institute for Group and Short Term Therapy in Manhattan, who noted that “artists often believe that their psychological problems stem from the fact that they are artists when, in fact, their problems may be the same as everyone else’s but just happen to emerge in the form of a creative block, for instance.”

Dr. Albert Rothenberg, a former professor of psychiatry at Harvard Medical School and a researcher in a project entitled “Studies in the Creative Process,” which focuses on the psychiatric and psychological bases of creativity in literature, art, psychotherapy, and science, is yet another who claimed that creativity is not related to mental illness. “You look closely at Kay Jamison’s research and you find that it is full of spurious data, with collected anecdotes of this artist who committed suicide and that artist who was institutionalized, and she concludes from all that a linkage that doesn’t exist.”

He added that more and more clinicians are researching the connection between artistic people and psychopathology, because “it is a simplistic kind of research. You can do it very easily, and you can get a lot of attention for your findings.”

However, say it over and over again, and it becomes accepted truth. Jamison’s book and other writings on artists have been criticized for the reliance on anecdotes, overly small numbers of people studied and no control groups (those with whom the sample group is compared), but the basic findings have been left unchallenged. Nancy C. Andreasen, professor of psychiatry at the University of Iowa College of Medicine, who based her conclusion of a link between creativity and mental disorder on a survey of 30 subjects (15 writers from the University of Iowa Writers’ Workshop and 15 control subjects of equivalent, age, gender, and educational achievement), noted that research in this field tends to be wide but thin: “There appears to be a strong association between creativity and mood disorders. However, the overall literature supporting this association is relatively weak.”

In a telephone interview, she noted that the linkage of creativity and mental illness receives “a large amount of attention in relation to the amount of good research.” But she suggestions some important questions are going unchallenged, “How do we define creativity or mental illness? What does ‘artist’ mean? Who are we talking about?”

Perhaps the question should be: Why are clinicians principally researching artists, rather than a more generalized group? (When you only look at artists, your conclusions could only relate to artists, which is why sample groups tend to be small and control groups nonexistent.) They could study a variety of occupational groups that also are highly trained, work independently and need to develop creative solutions to thorny problems. Creativity is expressed in far more forms than just the writing of a poem or the carving of a sculpture.

Psychological studies fall into three general categories: The first is the individual case—think of Freud’s “Little Hans” or “The Wolfman,” which are presented for their particularly interesting qualities. The second type is studies of identical symptoms in a group, such as bulimia or anorexia nervosa, that are seen to come from similar or disparate causes. The third kind are studies of disparate symptoms, such as alcoholism, drug addiction or violence against family members, that may stem from a similar cause. Clinical studies of a single occupational group, artists, is a unique realm in psychology.

“There probably aren’t other groups that are studied this way,” Dr. Andreasen said, a comment echoed by Dr. Rothenberg. “Understanding creativity is an increasing area of interest to researchers,” he said. “We want to understand the cognitive processes that account for creative achievement, and so naturally we turn to people like artists.”

It is more difficult, he added, to measure creativity in other fields, such as business and science. “Creativity is related to deviant behavior, but only to the degree that deviance means something out of the ordinary, beyond what most people are capable of.”

Mental illness, Dr. Rothenberg has found in his research, tends to “restrict true expansion and creativity,” rather than make it possible. “Creativity is not related to mental illness at all, and artists have suffered from this conception of them.”

True enough. Life is plenty difficult for artists as it is, developing ideas and creating objects that they hope the larger public will appreciate and that some smaller group of people will be interested in paying them money for. Associating art making and mental instability presents an ad hominem attack on art, diagnosing artists as flawed individuals whose flaws give rise to their art. A strange portrait of the artist has arisen. 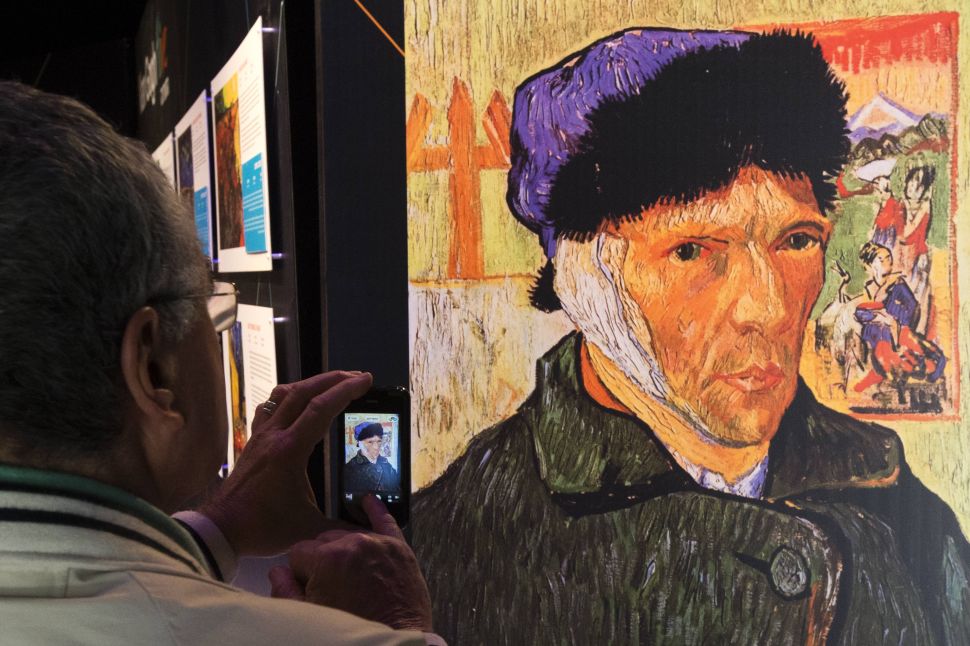