President Donald Trump and Russian President Vladimir Putin attacked Hillary Clinton and the FBI during Monday’s Helsinki summit, which culminated in a surreal confrontation over the existence of a widely-reported “golden showers” tape.

“The United States has been foolish,” Trump told reporters and statesmen when asked about Russian interference in the 2016 election. “I won that race, and it’s a shame there can be a little bit of a cloud over it.”

“Do you believe the United States is a democracy?” Putin coyly asked the room, before promising to “look into” the “12 alleged Russian officers” indicted last week by Special Counsel Robert Mueller’s office.

The summit’s conclusion, however, proved even more ominous than a U.S. president siding with a foreign leader over his own intelligence agencies.

When asked by a reporter whether Putin had compromising material on Trump—in reference to an alleged tape of the president engaging in compromising acts as detailed in Christopher Steele’s dossier—the Russian leader avoided answering the question outright.

“I did hear this rumor that we allegedly collected compromising material when President Trump was in Moscow… I didn’t even know he was in Moscow,” said Putin, despite having gifted Trump a mysterious black box during his 2013 visit which contents remain unknown to this day. “Please just disregard this issue, and don’t think about it again.”

The summit ended immediately after. 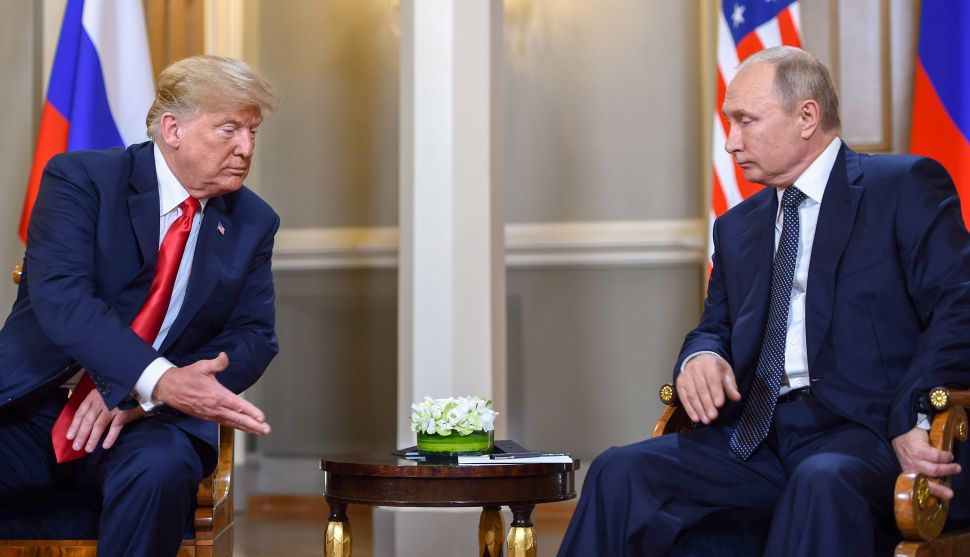