Roy Moore is threatening to sue Sacha Baron Cohen over the actor’s controversial new Showtime series, Who Is America?

In a statement sent to reporters, the disgraced GOP candidate lamented traveling to Washington, D.C. earlier this year under the false pretenses of receiving an award for his support of Israel. The entire arrangement, however, was orchestrated by Cohen as political satire.

“Expenses were paid, and I received no private remuneration for my time or participation,” Moore said in a statement. “I did not know Sacha Cohen or that a Showtime TV series was being planned to embarrass, humiliate, and mock not only Israel, but also religious conservatives such as Sarah Palin, Joe Walsh, and Dick Cheney.”

Although Moore filed a lawsuit in April against four women who accused him of molesting them as teenagers, the Republican is flirting with additional litigation over Who Is America?

“I am involved in several court cases presently to defend my honor and character against vicious false political attacks by liberals like Cohen,” the statement reads. “If Showtime airs a defamatory attack on my character, I may very well be involved in another.”

Likening such a libel suit to when he “fought for” his “country in Vietnam,” Moore claimed to “believe in truth and honesty, which the shadowy media groups behind this illicit scheme do not.”

In addition to Moore, former Vice President Dick Cheney and Alaska Governor Sarah Palin were conned into participating in the Showtime series; a trailer for the show features the former signing a waterboard kit.

“For my interview, my daughter and I were asked to travel across the country where Cohen (I presume) had heavily disguised himself as a disabled U.S. veteran, fake wheelchair and all,” Palin wrote about the experience on Tuesday. “Out of respect for what I was led to believe would be a thoughtful discussion with someone who had served in uniform, I sat through a long ‘interview’ full of Hollywoodism’s disrespect and sarcasm—but finally had enough and literally, physically removed my mic and walked out, much to Cohen’s chagrin. The disrespect of our U.S. military and middle-class Americans via Cohen’s foreign commentaries under the guise of interview questions was perverse.”

Who Is America? premieres on Showtime this Sunday, July 15, at 10 p.m. 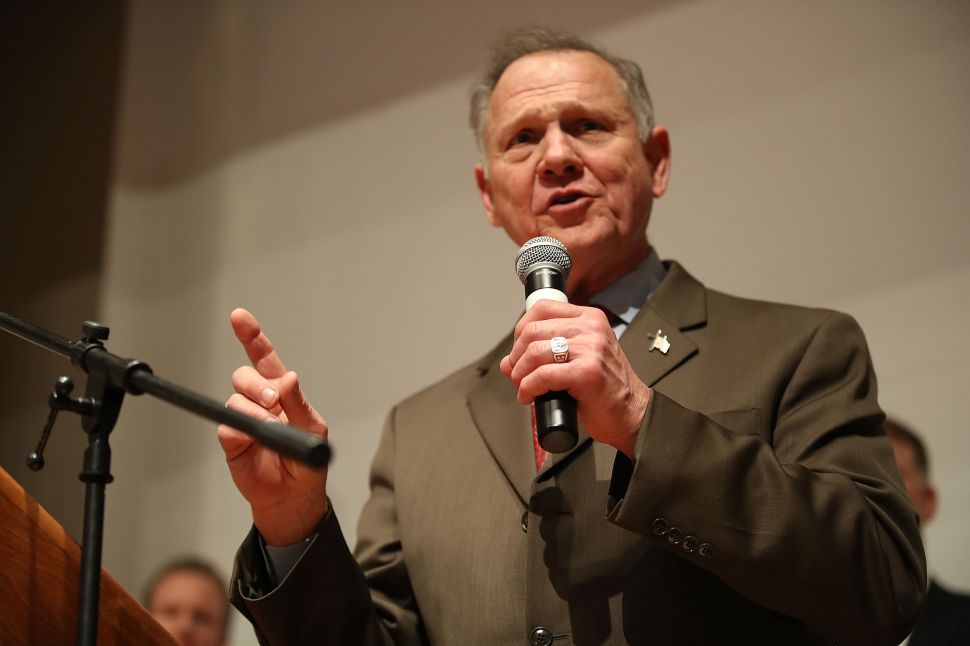