To quote the great Ron Burgundy, San Diego Comic-Con is kind of a big deal. It’s also a non-stop fever dream of geeky goodness so packed to the brim with trailers, appearances and reveals that it can be difficult to keep track of it all. So to lend a helping hand, we’re recapping the biggest and best of SDCC 2018’s first day (Thursday, July 19).

Here are the major things you need to know on the film and TV side.

As a big fan of Star Wars: The Clone Wars series, which ran from 2008 to 2014, I assumed we had seen the last of Obi-Wan Kenobi and Anakin Skywalker’s adventures set between Episode II and Episode III of the main saga (I’m still catching up on Rebels). Yet the years-long Twitter campaign #SaveCloneWars appears to have worked as Star Wars animation head honcho Dave Filoni revealed, on the show’s 10th anniversary no less, that Lucasfilm is bringing Clone Wars back with 12 new episodes. They even dropped a trailer!

All aboard the hype train.

The show will be available on Disney’s upcoming streaming service along with Jon Favreau’s live-action Star Wars series and a whole bunch of other goodies.

Back in May, it was rumored that The Walking Dead star Andrew Lincoln would be exiting the series after just six episodes in the upcoming ninth season. Now we know for certain that Rick Grimes is on his way out as TWD creator Robert Kirkman confirmed Lincoln’s departure during an interview with filmmaker Kevin Smith.

What effect this will have on the show’s dipping ratings remains to be seen.

The crew showed off some new footage from the film in which a threatening Predator catches a beat down from the unexpected arrival of a significantly larger version. You can read Entertainment Weekly’s description for a more detailed breakdown of the footage.

Hey, guess what? Gender-swapping is nothing new in Hollywood, so if you’re one of those “fans” who is all bent out of shape that the Doctor is now a woman, GET OVER IT.

New star Jodie Whittaker was joined by showrunner Chris Chibnall and executive producer Matt Strevens in Hall H where they debuted the first trailer. Chibnall promised that the Doctor and her crew would come across “a lot of new monsters this year.”

“All of this is new to me,” Whittaker’s Doctor says in the trailer’s voiceover. “New friends, new worlds, new times. So, if I asked really really nicely, Would you be my new best friends? Right, this is going to be fun!”

The Charmed reboot hasn’t enjoyed the smoothest of rides since it was announced, and The CW said it was adding a new “feminist” storyline. That didn’t sit well with original cast members such as Hollie Marie Combs, who played Piper for all eight seasons.

“Guess we forgot to do that the first go around. Hmph,” Combs wrote on Twitter at the time.

At SDCC, the network premiered the pilot episode—which reportedly focused heavily on the #TimesUp and #MeToo movements in some capacity—and kicked off its panel with producers and the new cast (Madeleine Mantock, Sarah Jeffery and Melonie Diaz).

Producer Jennie Snyder Urman said of the reboot: “The original was so much about female empowerment and sisterhood and strong women taking over the world, and I feel like that’s what we need right now. So it felt like a good time to get back to that and to show women kicking ass.”

Despite the increasing excellence of The CW’s Crazy Ex-Girlfriend, co-creators Rachel Bloom and Aline Brosh McKenna have always maintained that the show would not run beyond four seasons. With the final run expected to premiere later this year, Brosh McKenna teased the series finale.

“The last scene has always been the same. Generally, directionally, we knew what every chapter of the four was going to be,” she said. Bloom added, “This season is all about putting together the pieces. The show is about inner happiness and how you can externalize that in your actions and that’s what she’s learning about in season four.”

Sadly, fans shouldn’t get their hopes up about any potential continuations, as Bloom explained: “It’s a finite story we’re telling. It’s meant to be a very specific period in a woman’s life… As far as the story, we’re telling a 62-hour movie.”

Iron Fist was easily the worst of Netflix’s Marvel empire, which is comprised of Daredevil, Jessica Jones, Luke Cage, The Punisher and the crossover miniseries The Defenders (which we may not see again as it might have been an expensive misfire). In fact, each of the respective Marvel series on the streaming platform are plagued with pacing issues and a lack of plot to sufficiently fill 13 episodes. But hopefully new Iron Fist showrunner M. Raven Metzner (Sleepy Hollow), who was introduced at SDCC, can help ameliorate some of those problems.

Alice Eve (Star Trek Into Darkness) was also introduced at the panel and will be taking on the villainous role of Typhoid Mary, who Eve describes as “very very violent, but the reason I took the role is because I got to play someone with multiple personalities.” 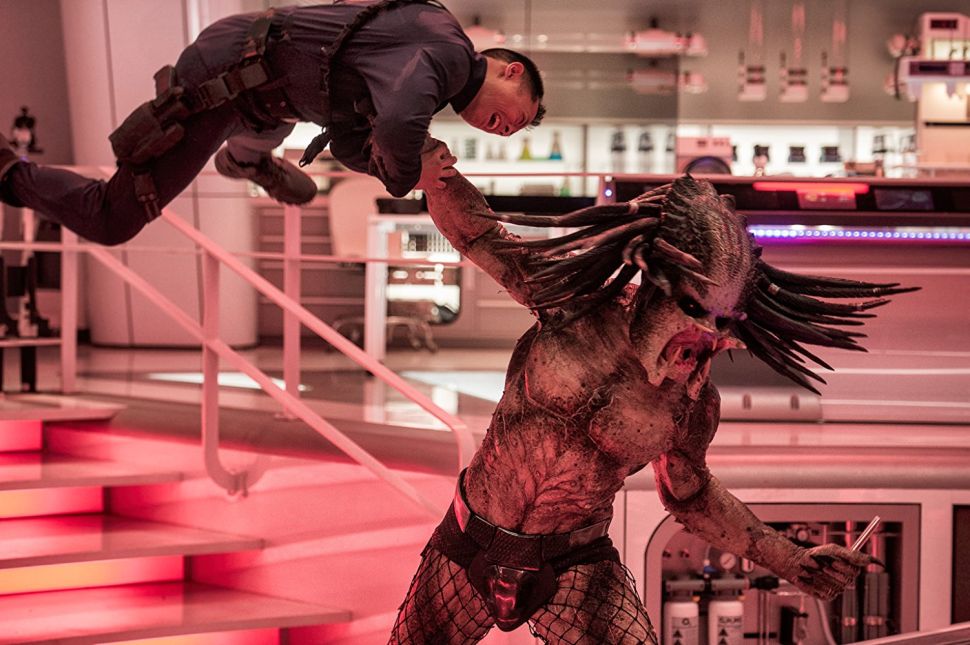