As I’ve written before, this year’s San Diego Comic Con was an opportunity for Warner Bros. and DC Films to steal some much-needed momentum away from Marvel Studios. With Marvel, not to mention Game of Thrones and Westworld, all sitting out this year’s SDCC, Hall H’s top billing was ripe for the taking. (They weren’t the only studio to bring some pop to the proceedings though).

With Teen Titans Go! To The Movies, Aquaman, Shazam and non-DC Films pictures such as Fantastic Beasts: The Crimes of Grindelwald and Godzilla: King of Monsters to promote, Warner Bros. boasts a big name slate that can potentially flip the narrative—if the films capture mainstream interest.

So, did Warner Bros. deliver this weekend on their much-hyped upcoming slate? Let’s dig into it.

Production on James Wan’s Aquaman did not always run smoothly and now we can see why: this is one visually ambitious and incredibly challenging picture to bring to life. DC Films, which Warner Bros. announced is now rebranded as The World of DC (but I will never refer to it as that), is badly in need of a win following the vanilla paste extract that was Justice League.

Aquaman truly does look like an underwater mashup of Lord of the Rings and Blade Runner. It seems to be an adventure film in the throwback sense of the genre. It’s energetic and vibrant, and the action and aesthetic look amazing. Yahya Abdul-Mateen II’s villainous Black Manta also looks like he could be a scene-stealer whose role grows more important in potential future films.

But similar to Justice League, the dialogue and humor don’t quite land, and this first trailer, while visually impressive, raises questions about story and tone. The DC Universe needs Aquaman to be a success. Will it be able to carry the load?

Well, I certainly wasn’t expecting that.

Shazam! looks infinitely better than I could have ever imagined, think Tom Hanks’ Big meets the superhero genre. That first teaser trailer sold me completely, I don’t need any additional marketing materials. Star Zachary Levi looks perfectly suited to bring the youthful exuberance of a 14-year-old boy turned adult superhero to life. His “stokedness” is spot on, and the humor comes across incredibly organic and sincere. This is wish fulfillment to the 10th power and I can’t wait to see how that fully translates to the screen.

Shazam! may not be a well-known mainstream property, and the DC Universe doesn’t have nearly the same brand appeal and goodwill as Marvel did when it shocked everyone with Guardians of the Galaxy. But fans are so overrun with superhero content these days that anything that offers a different take and looks halfway decent can make big bucks. At this early juncture, I feel confident Shazam! can deliver.

Shazam! will kickstart arguably the greatest summer blockbuster season in movie history next year when it lands on April 5.

Godzilla: King of the Monsters

The sequel to 2014’s so-so Godzilla looks, quite frankly, absolutely fantastic. Its beautiful trailer perfectly leverages its gonzo concept into breath-taking wow moments. Putting the up-and-coming superstar Millie Bobby Brown (Stranger Things) front and center only helps its cause. The Godzilla franchise has always been simple enough that non-franchise fans can easily hop in and understand what’s going on: giant monsters fighting one another.

The goal of Warner Bros and Legendary Pictures has always been to create its own shared cinematic universe populated with classic movie monsters. Godzilla ($529 million worldwide) was a solid start that carried over into the prequel Kong: Skull Island ($567 million). If Godzilla: King of the Monsters makes enough money and proves to be less divisive than 2014’s reboot, then fans will be treated to Godzilla vs King Kong in the near-ish future.

That sounds exciting on paper, but Giant Monster Movies don’t always take off as hoped for (Pacific Rim is not good, I don’t care what you say). And remember, 2014’s Godzilla also boasted one of the most talked about teasers of the year.

So far, this trailer is a good start for the studio, but let’s wait and see on their follow-through. Fingers crossed.

Fantastic Beasts: The Crimes of Grindelwald

I wasn’t a big fan of the first Fantastic Beasts, which traded on slapstick comedy and felt like a throat clearing to the real adventures. I left the theater thinking the Wizarding World of Harry Potter had just wasted the supremely talented Eddie Redmayne.

But I’ve liked everything I’ve seen from Fantastic Beasts: The Crimes of Grindelwald and think it looks like a vast improvement over its predecessor. Here we have real and darker conflict that Harry Potter fans can sink their teeth into as this story has reverberating repercussions that reach all the way to the “present day” of the HP Timeline. Where the first film was more so about introducing Newt Scamander and the era, The Crimes of Grindelwald feels like we’re getting into the meat of J.K. Rowling’s five-picture story.

Jude Law and director David Yates have said that the sequel won’t touch on Dumbledore’s sexuality, but the trailer seems to hint at it. Guess we’ll have to wait and see what direction they take it in.

The 2015 original scored $814 million worldwide. Warner Bros. will be looking for similarly lucrative results once again when it arrives in November. 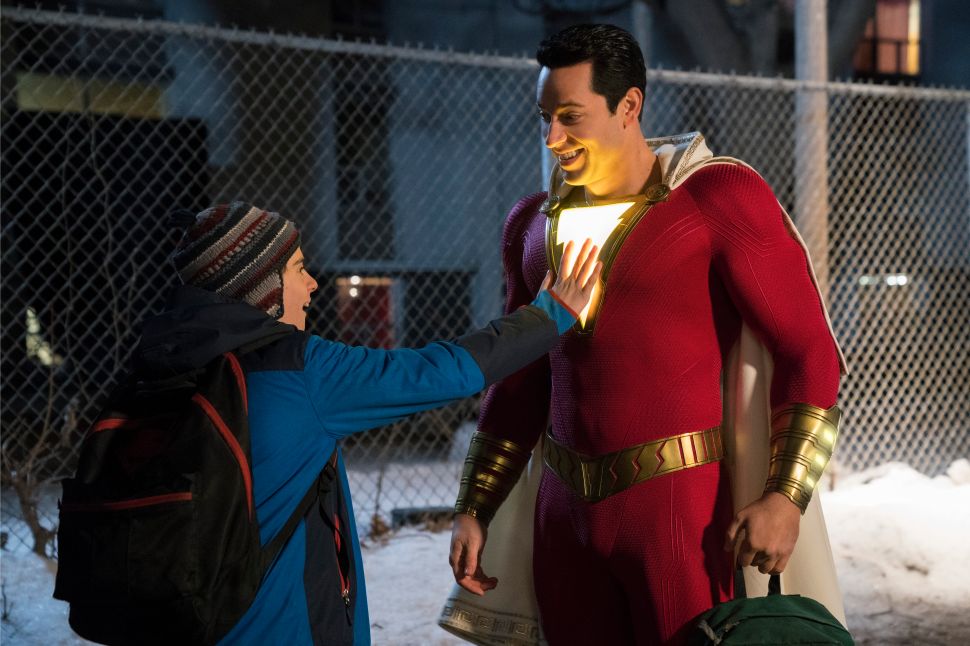