Civil war is in the air this steamy summer—at least according to the opinion polls. Many Americans are unhappy to the point of despondency about our political divisions, which have been mounting for years and have reached a crisis point during the presidency of Donald Trump. I’m not talking about mere partisanship, which is perennial in democracies, rather something more extreme—and potentially sinister.

Last week, a Rasmussen poll revealed that a shocking 31 percent of voters responded that “it’s likely that the United States will experience a second civil war sometime in the next five years.” This fear is not just relegated to left-wingers who are gravely unhappy with the current White House. While 37 percent of Democrats feared a new civil war was inbound, so did 32 percent of Republicans, per Rasmussen.

In America, talk of another civil war inevitably brings comparison to the last one, the fratricidal maelstrom that raged from 1861 to 1865. That eminently avoidable conflict, which thanks to political paralysis and stupidity wasn’t avoided, took the lives of roughly a million Americans. Since our country’s population then was about 31 million, that would be equivalent to the deaths of more than 10 million Americans today.

A repeat of that conflict would be a very bad idea indeed, and the good news is that, strictly speaking, it can’t repeat. The reason the Confederate rebellion against the federal government metastasized into a full-fledged civil war was because the standing U.S. Army in 1861 was so small, just 16,000 soldiers who were mostly spread out in garrisons on the Western frontier, that Washington, D.C. lacked the power to put down the rebels quickly. For want of military force and speed, the rebellion spread across the South, with 11 states eventually seceding from the Union.

Things are vastly different today. Anybody unwise enough to seriously take up arms against Uncle Sam on home turf would be crushed overnight by the full might of our armed forces, which have 1.3 million men and women on active duty. Unlike in 1861, our states lack their own freestanding militias—despite lip service to state authority, our National Guard is fully integrated into the U.S. military—so there’s no force to even rebel against Washington. The notion that anybody could get even a brigade’s worth of organized troops to rebel against the Feds is an online hothouse fantasy, not political or military reality.

Not to mention that Americans currently fretting over an imminent second civil war possess limited (if any) historical memory. You don’t need to refer to the 1860s here, since the 1960s were bad enough. Millennials, who are apparently rent asunder with worries for a divided America in 2018, don’t seem to be aware that in the late 1960s, with the country increasingly torn apart by Vietnam and civil rights, Washington had to deploy tens of thousands of federal troops on the home front to control urban rioting.

It began in Detroit in July 1967, when scuffles between police and African-Americans exploded into all-out riot. Confronted by as many as 10,000 rioters, the police were overwhelmed, and the Michigan National Guard, undisciplined and jumpy, proved unable to calm the situation, indeed their presence only seemed to make the precarious situation worse. President Lyndon Johnson dispatched almost 5,000 paratroopers from the 82nd and 101st Airborne Divisions, many of them Vietnam veterans, to Detroit to restore order, which worked, but five days of riots resulted in 43 people dead and many hundreds wounded.

That difficult education convinced the Pentagon that more urban rioting was coming, so in early 1968 the U.S. military drew up extensive classified plans for how to deal such politically touchy problems. The military was right, and a few months later, in early April 1968, urban areas across the country exploded in the aftermath of the assassination of Martin Luther King, Jr. More than 100 American cities experienced serious riots that April, including our nation’s capital. Indeed, the situation in Washington grew so precarious, with rioters appearing just blocks from the White House, that more than 13,000 federal troops were deployed to restore order. Marines guarded the Capitol with machine guns, while troops of the Army’s storied 3rd Infantry Regiment, best known for their burial details at Arlington National Cemetery, protected the White House.

Things were just as bad in Baltimore, less than an hour away, where the same story repeated: local police were overwhelmed by rioting, and the Maryland National Guard was unable to calm the situation. The Pentagon had to deploy paratroopers from Fort Bragg, North Carolina, plus an infantry brigade from Fort Benning, Georgia, to restore order. The military’s Task Force Baltimore, three brigades strong, included 11,000 troops, and it still needed almost a week to bring the city back to a semblance of peace.

Fifty years ago, our country was in much greater tumult than it is today, digging out from painful urban riots all over the United States that resulted in the biggest domestic deployment of federal troops since the civil war. Happily, our country has seen nothing like that violent chaos since. The painful Los Angeles riots in the spring of 1992, which required the deployment of 10,000 California National Guard troops plus 4,000 active-duty U.S. Army soldiers and Marines to bring under control, was the worst single event of its kind since Detroit in 1967, but it was an isolated incident, not a precursor to nationwide tumult.

None can deny that Americans increasingly despise each other over politics, and that situation seems to grow graver every year. Partisans of all stripes embrace secular ideologies with the fervor of old-time fundamentalist religion, egged on by the rabble-rousing preachers of Fox News and MSNBC, disguised as newsreaders. It therefore would be wise not to make things seem worse than they are. America in the age of Trump is not at risk of another civil war like the last one, no matter how infuriated Democrats and Republicans get at each other.

That said, we are in a state of angry and protracted political paralysis that resembles a cold war rather than a hot one. Neither is it new. Last week’s Rasmussen poll revealed that 59 percent of Americans are worried that President Trump’s opponents will resort to violence. However, another Rasmussen poll, taken in 2010 a little over a year into Barack Obama’s first term in the White House, revealed that 53 percent of Americans worried that the president’s opponents might resort to violence. Americans have gotten into the unpleasant habit of viewing the other political party as enemies rather than opponents, with Democrats and Republicans eyeing each other as lunatics bent on violence to achieve what they cannot get at the ballot box.

None of this bodes well for our democracy, and the fate America faces isn’t Fort Sumter again, rather a slow, irrevocable politico-economic decline inflamed by angry identity politics. In other words, the fate of Yugoslavia, a once high-functioning multiethnic state that went off the cliff in 1991, falling apart in wars and genocide, thanks to dysfunctional politics and malevolent politicians.

As I’ve explained before, based on my extensive experience with the Balkans, if the United States ever goes the way of Yugoslavia, there’s fault to be found with both Democrats and Republicans. To avoid that unpleasant fate, it would be wise this July 4th to focus on what unites us as Americans rather than what divides us. Our country is far from new; we have two-and-a-half centuries of political values we share, a tried-and-tested civic nationalism that can appeal to and unite citizens of all backgrounds—if we want it to. A solid first step is shunning those who want another Fort Sumter moment. 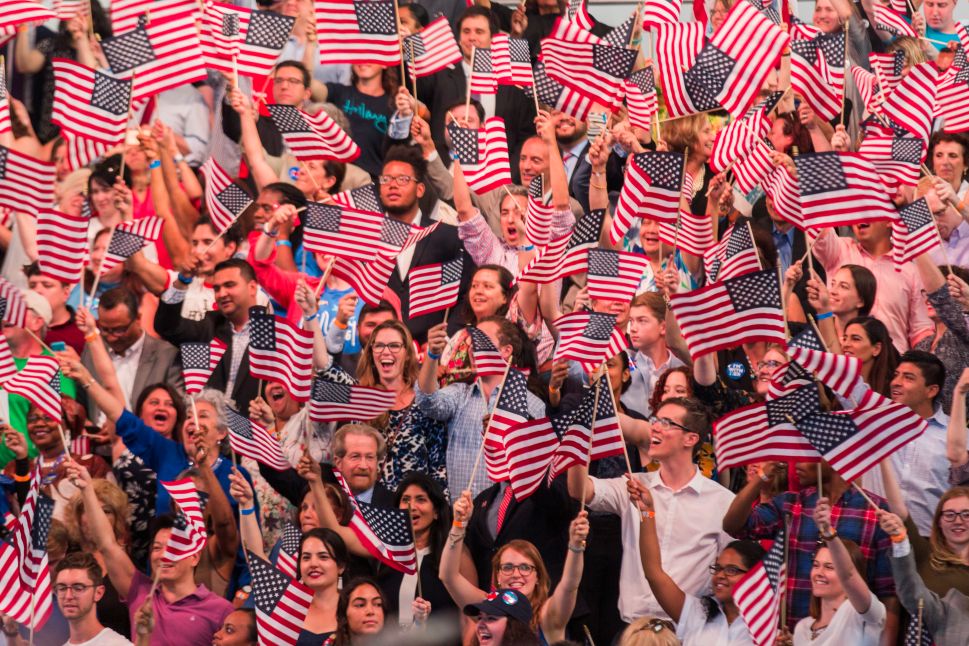