You probably were a bit too rushed last April 14 to notice that it was worldwide Slow Art Day at over 200 museums around the world. Now in its eighth year, the annual event hasn’t necessarily gained a lot of popularity, but the notion behind it, to discourage fleeting-glance style art spectating, might have a growing number of advocates—at least on the part of museum professionals.

Matthew Gale, the exhibitions director at London’s Tate Modern and the curator of the museum’s upcoming Pierre Bonnard show is advocating for a “slow looking” approach to his new exhibition, and will build programming around it. He wants visitors to take more time for every exhibit, and is this offering might well show them what a viewing experience can be like when one pumps the brakes.

“The longer one looks, the more one sees,” he said. “That’s probably true for the work of every artist, but certainly for this artist and how he makes his work. It is easy to become overwhelmed by the richness of the colors, and it takes time to see other things, for instance, a figure at the bottom right of the canvas that you might have overlooked while looking at the mimosas in the foreground.”

Sort of like the slow food movement, the slow art movement aims to get people to have a little more appreciation for the item at hand. But unlike that diet trend du jour, which tries to promote locally sourced and unprocessed food, slow art advocates aren’t attempting to change the product, just how we consume.

That a lot of visitors make a beeline through art museum galleries has long been a bugaboo for curators and directors—“studies of museum visitors have shown that people look at artworks very quickly, spending maybe five seconds or less per painting,” Brent Benjamin, director of the Saint Louis Art Museum told Observer. But despite this desire on the part of arts professionals, slowing visitors down in front of individual objects has not been the primary goal at most institutions of late—though they certainly want to get people in, and get them to stay.

Go to any major art museum and you will find packed galleries with most, if not everyone, staring at their cell phones rather than at the pictures on the wall. It’s an “appalling,” practice according to Elizabeth Merritt, director of the Center for the Future of Museums at the American Alliance of Museums. At the same time, museums are increasingly integrating tablets and phone interactive features into temporary and permanent shows.

The fact that all those people are there in the museum, rather than somewhere else, is viewed as a victory for these institutions, and what many of these people may be reading on their cell phones is information about a particular artwork or artist that the museum made available through a downloadable app—i.e., they are still engaging with the work, just perhaps in a not-yet-traditional way.

Slowing down does matter to Juline Chevalier, head of interpretation and participatory experiences at the Minneapolis Institute of Art. “When you spend more time in front of an artwork, you have a more memorable and enjoyable experience,” she believes. The Minneapolis Institute of Art was one of 100 museums in the United States that participated in the Slow Art Day, using docents to keep a group of visitors in one place for approximately 10 minutes. “They talked about a particular work of art and encouraged dialogue among the people in the group.” That conversation was of value, “because having another pair of eyes helps people see more.”

The goal of museums these days is to “enhance the visitor experience so that people will want to stay longer,” said Mary Ellen Munley, a museum consultant in Burlington, Vermont. That enhancement may involve video projections, music, audio tours, apps, wall plaques, touch screens, alcoves where visitors may sit down and page through the exhibition catalogue, printed brochures and whatever else can be brought to bear. But beyond the concern for viewer appreciation, getting people to spend more time within museum walls could be more about another potential boon for institutions. The longer they can keep visitors, the more likely these people will buy something from the gift shop or eat something from the museum café or restaurant, two of the principal revenue sources.

To get visitors to stay longer, museums are pulling out all of the stops, such as social get-togethers for members, space rentals, yoga classes, gourmet food items, activities for moms with infants and toddlers, camps, art classes, concerts, valet parking, film series and lectures. If they use that extra time to spend looking at an artwork or two, well, that’s fine, too.

And some experts in the museum field are not so convinced that slower is better. Jean Svadlenak, a museum consultant in Kansas City, Missouri, noted that “we process visual information differently than we do print material. You can take in visual information quickly, so if people appear to be rushing through the galleries they aren’t necessarily wasting their time.”

She added that “I’m not personally concerned with how many seconds someone stands and looks at something, because a short exposure can be O.K. You may look briefly at some pieces, but spend a little more time with one or two things, things that you are more comfortable with. Maybe, the next time, you’ll spend more time with a few more things.” In the parlance of the museum field, visitors are “customizing their own experience.”

But then is it just short attention spans, or is there another reason viewers seem to be hastening through galleries? Those who have paid $25 to enter the Metropolitan Museum, Museum of Modern Art, Guggenheim, Whitney, Art Institute of Chicago or San Francisco Museum of Modern—or $20 (Los Angeles County Museum of Art, Philadelphia Museum of Art, and many others)—are “under the perceived imperative to see every single work in every single gallery,” Benjamin said, noting that the Saint Louis Art Museum is free to the public. “People here can come in every day and just look at one painting, if that is all they’re interested in.”

So if a leisurely pace is of such keen importance in museum-going, perhaps those advocating for change in their institutions should take a close look at what’s drawing viewers in, and what’s driving them along. 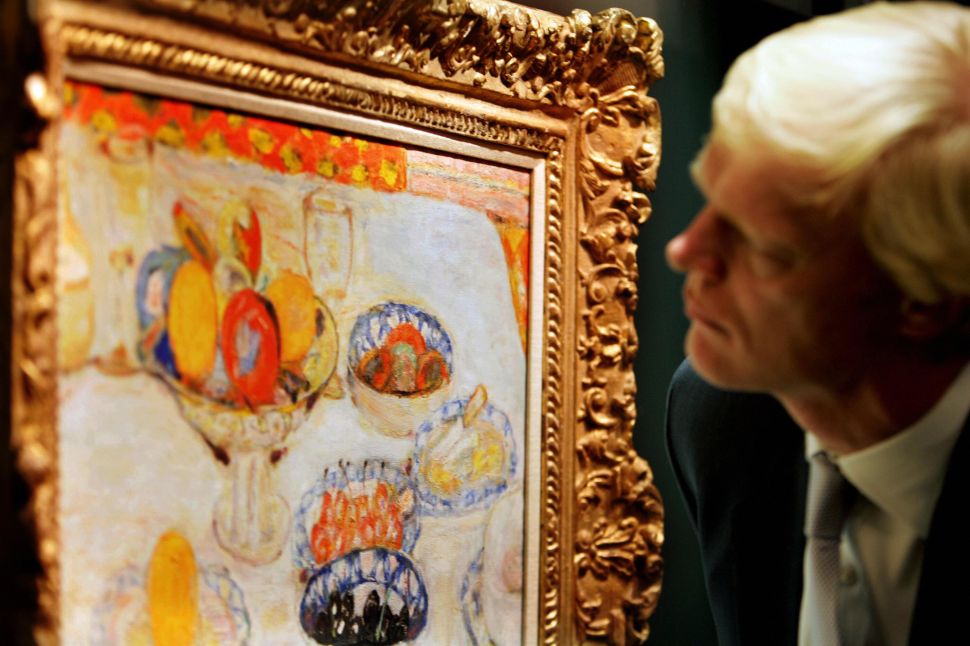