It’s been a little while since Hollywood stuck a big guy in a building and blew it up.

Skyscraper is a return to and attempt to improve the concept, which reached its pinnacle in the mid-1990s when Willis, Stallone and even Van Damme were still marketable properties. This time, they’re putting a really big guy in a really big building. There he commits various acts of derring-do that defy basic physics while the audience oohs, ahhs and politely claps as if he were competing in a high-stakes and vertiginous episode of American Ninja Warrior. This is worldwide summer entertainment at its most cynical and bombastic, all of it sold by a stalwart Dwayne “The Rock” Johnson using the over-aggressive earnestness of a late-night TV pitchman.

And guess what? As an amped-up, brains-free nostalgia piece, the film largely works. While the story it tells gets no points for originality (this is essentially Die Hard, only the family is in the building with him), the film tweaks the tropes it depends on just enough to keep you engaged.

For example, Johnson’s Will Sawyer, a security consultant trying to win a big contract, gets around burning bridges and climbs construction cranes with the help of a prosthetic leg. Not only does this provide him a handy tool to wedge open titanium doors, but also gives the film extra relevance and poignancy in a country dealing with the after effects of 15 years of active engagement in overseas wars. Sawyer’s wife, an ex-combat medic played by Neve Campbell, is more competent and interesting than these characters normally get to be. One moment she’s reminding her asthmatic son to take a puff of his inhaler before running into a smoke-filled hallway, the next she’s taking out a baddie with a well-timed car door.

Whereas Die Hard‘s Nakatomi Plaza was a symbol of corporate and foreign capital climbing out of the reach of Joe Six-Pack, Skyscraper‘s Pearl, as the fictional Hong Kong-located structure is called, exemplifies the folly of trying to construct our way out of our crises. While the 240-story building has malls and residences, it also has vibrant forests, like those we are felling, and a majestic waterfall, like the ones drying up all over the world. A pair of massive wind turbines both powers the place in an eco-friendly manner and provides a cool thing for Johnson to run through when things get dicey. (This is one of those movies where everything introduced in the first 20 minutes comes back in the last forty—only significantly more scorched).

On the other hand, the bad guys are bland to the extreme. Money launderer Kores Botha (Atomic Blonde‘s Roland Møller), who is setting fire to this massive structure for reasons even the movie admits are ridiculous, is such a nonentity he wouldn’t be allowed to carry Hans Gruber’s dry cleaning. The real enemy is the flame, smoke, and the 40 feet Johnson’s character has to leap between the construction crane he climbed and the burning building he is trying to enter, and they register just fine.

The film pays near constant lip service to the notion of family. In this movie, family is to The Rock what spinach is to Popeye. The concept of family allows him the power to undertake Biblical feats of strength to assure the safety of his physical family. Furthermore, characters that don’t have families are presented as morally corruptible and contemptible. (If there such thing as “family-ist,” this movie is it.)

While much of this is just chatter to get us to the next explosion, it has a particular resonance this summer, when the idea of family has been weaponized by a government that has sought to dissuade people from seeking asylum in this country by separating them from their children. Skyscraper is a helpful reminder, as if one were ever needed, that using people’s children as pawns in a bigger game is something that sneering villains do in cheesy movies. In the end it only serves to make The Rock, and the rest of us, very angry. 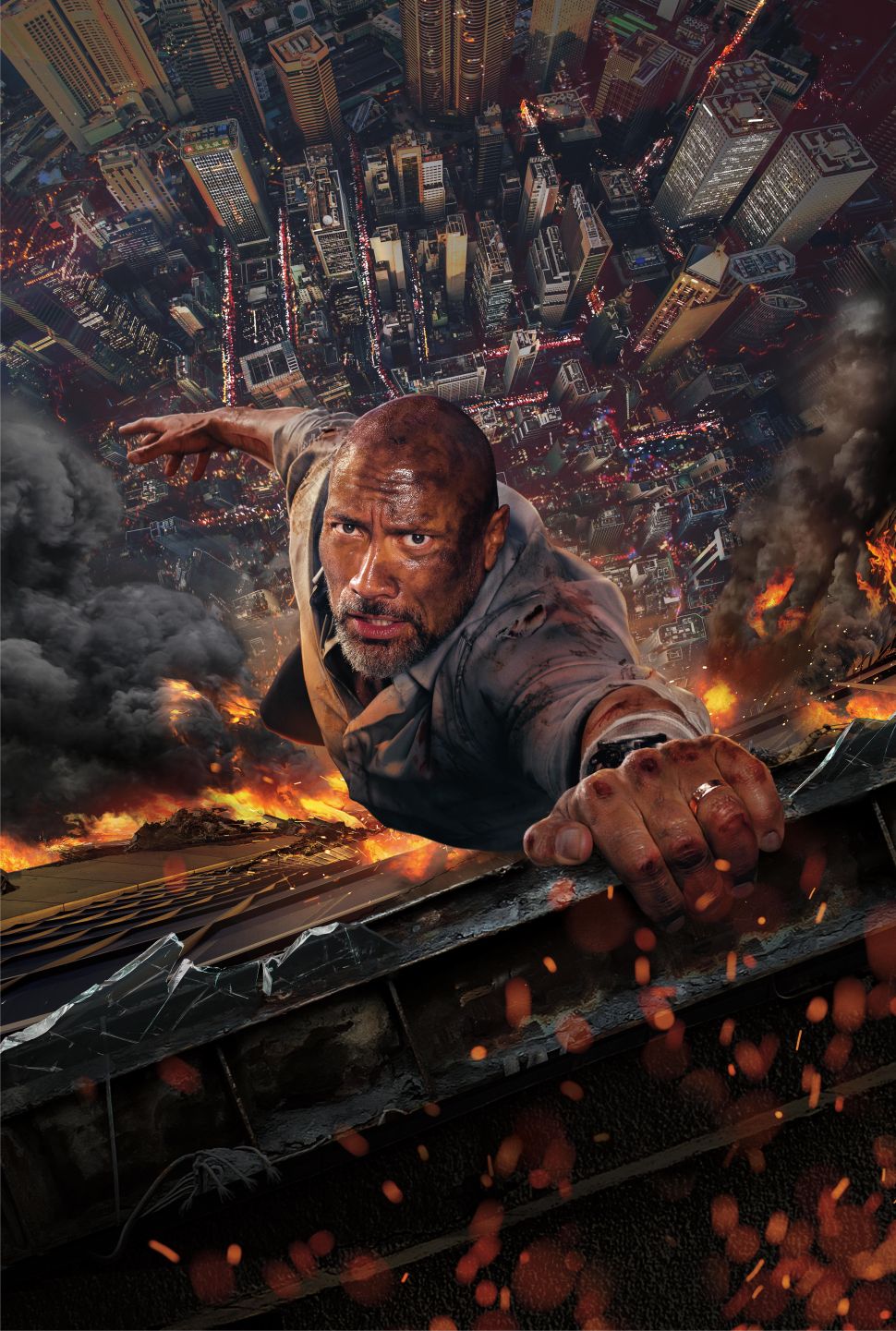