Those two words, uttered on July 21, 2011, not only signaled the end of the last shuttle flight, but also the end of the U.S.’ ability to send humans into space. Going on seven years now, America has been forced to rely on Russia to deliver American astronauts safely to the space station—a crazy notion given the two countries’ history. Despite being a world leader in space, America has fallen behind when it comes to actually putting people in orbit. Fortunately, that will change this year.

An international space race was born more than 60 years ago when the Soviet Union launched a small, silvery satellite dubbed Sputnik 1 in 1957. When its first beeps were heard in orbit, governments scrambled to get their own satellites up, and the U.S. has since poured billions of dollars into the aerospace industry, trying to stay ahead of the Russians.

For roughly the next decade, Russia lead the great space race, and Russian astronaut Yuri Gagarin became the first person in space in 1961. But that all changed with the rise of the U.S.’ Apollo program. What started in failure, as three brave astronauts died during a test flight, turned into the nation’s shining achievement: men walking on the moon.

To this day, America remains the only country to have put boots on the lunar surface, but many different space agencies across the globe are currently eyeing the moon as a stepping stone to Mars and beyond.

Following the glory days of Apollo, NASA upped its space game with the debut of the first reusable space taxi: the space shuttle. A magnificent machine capable of flying multiple times, NASA’s shuttles flew for three decades. During this time, the International Space Station was built, and many important satellites were launched, including the Hubble Space Telescope. But like most good things, the shuttle’s time eventually came to an end.

In 2011, the powers that be ended America’s 30-year shuttle program and instead opted to rely on private companies to make the space taxis of the future. This left NASA (and others) dependent upon Russia for access to space. Until a new fleet of commercial vehicles is up and running, there is no other ship capable of carrying people into space besides Soyuz—the pride of Russia’s space program.

But two American companies—SpaceX and Boeing—are striving toward the daunting task of safely launching astronauts from U.S. soil. If the current schedule holds, they could start flying crews as early as this year.

The promise of a thriving commercial space industry is just what the nation needed to rejuvenate public interest in launches. People all around the world celebrated as SpaceX’s Falcon Heavy—which is essentially three Falcon 9 rockets strapped together—took flight in February of this year. That flight was about more than launching a cherry red Tesla roadster with a Starman pilot into space; it dazzled onlookers with its carefully choreographed aerial ballet as two of the three boosters landed in sync. (SpaceX is the first and only company that has successfully launched and landed an orbital class rocket.)

With the uptick in SpaceX launches, the U.S. achieved something it hasn’t been able to since 2003—be the world’s leader in launches. Last year, the U.S. logged 29 successful flights (18 of them from SpaceX alone). This year, the company plans to launch 26 times, including its commercial crew endeavors.

In August of this year, the aerospace company plans to demo its new Crew Dragon, the ship that will soon ferry astronauts to and from the International Space Station. During the mission, dubbed Demo-1, the unoccupied Dragon will launch from Florida to the ISS, where it will dock with the station and remain on orbit for a few weeks to test how it performs before a second launch—this time with people on board—in December.

Elon Musk, CEO of SpaceX, is a serial disruptor and constantly pushes his team to innovate. On June 29th, the company launched its last moderately reusable Falcon 9 rocket, block 4. This version of the company’s flagship rocket was designed to fly two or three times at most. Musk hopes its successor, dubbed the block 5, will be more like a commercial airliner than in that it will be able to carry people and launch, land, and relaunch within a single day.

According to SpaceX, each Block 5 will eventually be capable of flying 10 times or more before it needs light refurbishments, and up to 100 times before the booster is retired. This is possible thanks to a set of design changes, which include improved engines, a more durable interstage, titanium grid fins, and a new thermal protection system. These tweaks help the booster hold up better to the stresses of launch.

Thanks to Musk’s prowess, rocket companies across the globe have had to up their game. Newcomer Blue Origin boasts that its rocket (currently in development) will be capable of flying 25 times before refurbishments are needed. China has even taken some notes from Musk’s playbook and is working on developing reusable rockets that will one day be able to compete with SpaceX’s.

But some rocket providers have faulted under the pressure. Russia’s Proton rocket has fallen on hard times and after 53 years in service, the rocket is running out of customers. This is in part due to failures that have plagued the vehicle over the years. For nearly half of its life, the Proton was the go-to rocket for commercial satellite operators. Now, the Proton is being replaced by more reliable launch vehicles, like the Falcon 9. With only one or two flights scheduled for 2018, this could be the end of an era for part of the Russian fleet.

Privates companies like SpaceX have always shined when it comes to innovation. The feats they are able to accomplish—like proving rockets can be reusable—are what drives the future. The advancements made by entities like SpaceX will not only enable astronauts to return to space, but to do so on the backs of American rockets. 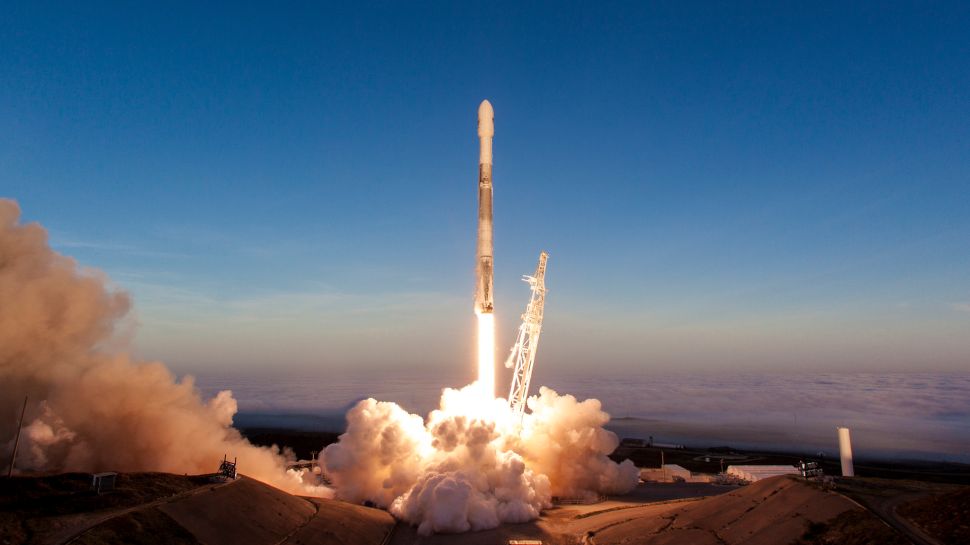