Wow Mars, you’re like really pretty right now. You’ve probably thought this if you’ve looked up at the night sky recently, and noticed the appearance of a bright, glowing copper orb staring back at you. That’s Mars. Our neighbor, and the fourth rock from the sun, is incredibly close to Earth right now. In fact, on Tuesday, it will be the closest in its orbit to Earth since 2003. (So be sure to go check it out).

Due to its close proximity and the fact that a steady slew of robots have graciously explored the red planet for us since the 1970s, Mars has easily been the focus of humanity’s greatest question: Are we alone?

For decades, scientists have fixed their gaze upon Mars, searching for the best places to find a trickle of or some sign that the dry and dusty planet once hosted life. Mars wasn’t always the desolate, desert planet we see today. Billions of years ago, the climate was warmer and wetter, hosting a more lush landscape where life may have taken root.

Like a matador teasing a bull, Mars has strung scientists along for decades with nothing more than a tantalizing trickle of here and there. Evidence of Mars’s watery past is littered across the planet’s ruddy surface, with valleys and basins showing the mark indicative of ’s fleeting presence. (There’s even been condensation spotted on some of the landers.)

Evidence suggests vats of ice lurk below the Martian surface, but never has there been direct evidence of liquid on Mars until now. Well, maybe.

The Mars Express orbiter has been diligently serving humanity for more than a decade. It keeps a watchful eye on Mars, probing the planet ever so vigilantly to learn about its interior. With the help of radar, the orbiter detected what appears to be a subglacial lake under the red sandy surface of Mars.

reflects radar signals more strongly than rock or sediment, and analysis shows that the radar profile detected by the Mars Express closely matches radar signals of subglacial lakes on our own planet—like the ones beneath the Antarctic and Greenland ice sheets. This further bolsters the notion that Mars does indeed harbor lakes of liquid beneath its surface.

But it seems as if every year there’s a new story about the discovery of on Mars, and while this is a fascinating journey, not everyone is convinced Mars should be the ultimate astrobiological destination. Here are a few more appealing candidates for the billion-dollar question of where will we find life beyond Earth.

All These Worlds Are Yours, Except Europa

Perhaps Arthur C. Clarke was channeling his inner Mars cheerleader when he made such a statement. Or maybe, he knows what’s lurking in the icy depths below the ice-covered moon’s scarred surface and is warning us to stay away? Only time will tell.

For now, we do know this: NASA (and scientists around the globe) believe this Jovian moon could be one of the better places in the solar system to look for life beyond Earth, and it has earned a place in the spotlight thanks to its wet innards. Located beneath Europa’s thick, icy crust sloshes what could be the largest known ocean. And despite Clarke’s warning, the space agency is slated to launch not one but two multi-billion dollar missions to the frigid world to look for signs of life.

Recently, Europa’s appeal skyrocketed with the publication of a paper detailing that scientists have finally found evidence of plumes—something that has eluded detection for many years. Buried inside the data collected by an old spacecraft (Galileo), lurked a hidden gem. Although it was first collected in 1997, scientists are still slogging through the treasure trove of information the probe collected during its stay in Jupiter’s system.

It took some cosmic sleuthing to uncover the exciting revelation: Galileo flew through a plume on Europa!

“If plumes exist, and we can directly sample what’s coming from the interior of Europa, then we can more easily get at whether Europa has the ingredients for life,” explained Robert Pappalardo, project scientist at NASA. “That’s what the mission is after. That’s the big picture.” (Pappalardo is currently working with a team of people to build a spacecraft that will fly to Europa in the coming years.)

For some time now, scientists have strongly suspected that plumes of emanate from the moon’s surface, and despite this finding, the matter isn’t fully settled. Europa’s appeal is based on the fact that its plumes stem from a global saltwater ocean lurking beneath the moon’s crust—and that life could thrive in its briny depths.

This moon definitely ranks atop a list of the most desirable destinations, but there is another world even deeper out in the solar system that may be our best hope for finding life. A tiny snowball moon, barely as wide as the state of Arizona, is an even more tantalizing target. This tiny world also has a key feature: a subsurface ocean.

Enceladus Is So Fetch

Out in the vast blackness of space hangs a small icy snowball. Locked in a orbital dance with Saturn, this tiny, unassuming moon could be hiding a big secret. Thanks to NASA’s intrepid Saturnian explorer, the Cassini spacecraft (RIP little robot), we know that Enceladus not only certainly has plumes, but we have an idea of what they’re made of.

During its many years exploring the wonders that Saturn and its family of moons were hiding, Cassini was able to fly through Enceladus’s watery geysers and sample the ocean that lurked below its icy surface.

Cassini’s gravity measurements indicate there is a local and (possibly a global) ocean under Enceladus’ icy crust, feeding the geysers. Plume samples also show us that some of the emitted grains are rich in sodium salt, meaning any body of would be salty. Coupled with the evidence that silicate-rich grains were also found, this gives credence to the idea that Enceladus is harboring hydrothermal vents on its ocean floor. (What other planet has these same type of vents? The Earth!)

The existence of vents would definitely strengthen the case for life on the distant moon. On Earth, hydrothermal vents are an oasis of life, teeming with all sorts of inhabitants from microbial life to shellfish to cephalopods (and many, many more).

Making the Case for Titan

Perhaps, pale blue dots (and other watery worlds) are not the only type of celestial bodies we should be searching. Recent research has shown that we should include pale orange dots—hazy worlds similar to Saturn’s moon Titan—in our search for extraterrestrial life. After all, Titan does have a subsurface ocean made of liquid similar to the ones on Enceladus and Europa.

Even our own home planet hasn’t always been the hospitable, lush watery world we inhabit today. The Earth looked very different 2.5 billion years ago, and as such, scientists have developed computer models to illustrate just how different our hunk of rock really was. The Earth’s atmosphere during that particular time period—known as theArchean era—was a predominately methane-rich air supply, a far cry from what we see today.

Scientists like to muse that the Archean Earth is the most “alien planet” we have actual geochemical data for. Meaning it’s not just Earth 1.0, it’s an entirely different world.

Today, our atmosphere shields us from the sun’s intense glare, preventing harmful particles and damaging rays from disrupting our daily lives. But if we were to travel back in time, we would need to carry oxygen tanks to breathe and pack special space suits to protect against the sun’s intense radiation.

That’s because the early Earth didn’t have this same protective layer. Instead, it relied on a thick blanket of hydrocarbon haze to protect it from damaging solar rays. That same haze also helped cool the Earth by reflecting solar heat back into space. Gradually, over millions of years, the climate and environment changed, evolving into what we see today.

Space is expensive, so agencies like NASA have to plans their missions very carefully. Mars is the planet (aside from our own) that we know the most about. After all, we’ve spent several decades studying it up close. But that shouldn’t count out other interesting worlds.

Mars is also super close in comparison to Europa or Enceladus, but if is vital to life on Earth and if we see conditions (evidenced by plumes and potential hydrothermal vents), shouldn’t we explore those places as well? Plumes offer a window into the waters below the ice, so perhaps scientists don’t really need to send a spacecraft to land on the moon and drill into its icy surface; they can simply send a vehicle to fly through and sample its plumes—a much easier type of mission to pull off.

The rules of astrobiology say that we should follow the to find signs of life. But when it’s ubiquitous throughout the solar system, the best thing we can do is simply keep searching. 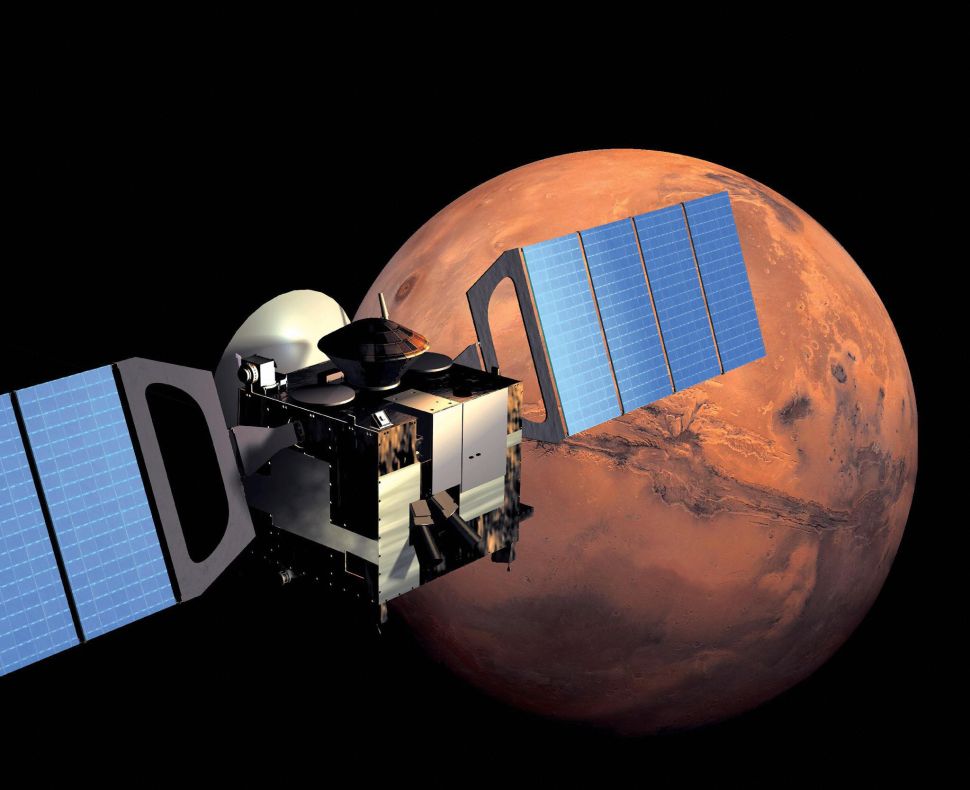