Despite the record-breaking box office totals that seemingly pour in every weekend this year (unless you’re Solo: A Star Wars Story), movie ticket sales have been steadily declining since 2002. Last year saw 1.22 billion tickets sold in the U.S. and Canada, a big drop off from the previous peak of 1.6 billion 16 years ago and a dip from 2016’s 1.3 billion. In fact, last year came to a close with the worst domestic movie theater attendance since 1992.

With the rise of streaming and other convenient and inexpensive home entertainment options, not to mention the boom in television quality over the last 25 years, the traditional theater-going experience has fallen out of favor with large swaths of Americans. Before studios and theaters concede a modicum of defeat by agreeing to deliver in-theater movies to you online (an inevitable future), is there any other way for the powers that be to attract audiences? Perhaps. Having just seen Marvel’s Ant-Man and the Wasp (and explored how it may lead into Avengers 4) in 4DX, I can say I’d be up for another go-around with the enhanced theater-going experience.

4DX is fancy movie technology initially introduced commercially in 2009 that augments film-viewing with environmental effects such as seat motion, wind, fog, lights and scents. It basically turns a motion picture into a motion picture; an immersive 3D ride much like the attractions at Universal Studios.

As of today, only 10 theaters in the United States boast a 4DX option. That makes sense; it’s an expensive undertaking that holds no promise of reversing the fortunes of movie theaters (though my showing was sold out). But the technology brings an exciting new element to the movie-going experience and is perfectly suited to fit today’s big-budget Hollywood landscape.

“What you can get at a theater now is vastly different from five years ago,” Eric Handler, a media analyst with MKM Partners with a focus in the theatrical exhibition industry, told the LA Times. “The exhibitors finally realized people were willing to pay a premium for a higher-quality viewing experience.”

As I’ve said before, I am not the biggest fan of 2015’s Ant-Man, but Ant-Man and the Wasp is a vast improvement. It’s far more self-contained than the original, making for a more streamlined story that isn’t undercutting its own premise with obligatory nods to the greater Marvel Cinematic Universe (MCU). It’s also really, really funny; Paul Rudd and Michael Peña are hilarious, while Evangeline Lilly kicks some serious ass. It’s a breezy good time that injects some enjoyable goofiness into the MCU’s proceedings; a nice small-stakes palette cleanser after Avengers: Infinity War.

And there’s no shame in saying that the film is made even better thanks to the 4DX technology, which serves as a kinetic inroad into the story. Save for Captain America: The Winter Soldier, Marvel isn’t exactly known for its dazzling fight scenes. But the sensory impact of 4DX gives Ant-Man and the Wasp‘s action sequences a lot more oomph. The shifting seats put you in the passenger seat of the movie’s car chases. Ant-Man’s growth spurt to 80 feet tall in a river is accompanied by a thin mist of —not enough to get you wet, but just enough to keep it fun and exciting. The Quantum Realm, already a highlight of the first film, becomes a more tangible psychedelic exploration thanks the light shows and surrounding effects.

You feel the movie to a far greater degree.

“The theaters of the future will be bigger and more beautiful than ever before,” filmmaker Christopher Nolan wrote in The Wall Street Journal a few years ago.

Nolan, arguably Hollywood’s top filmmaker at the moment, believes that shifts in consumer viewing habits and technology will leave Hollywood with no other option but to innovate the physical theater-going experience. 4DX could be that next leap as it connects Silicon Valley and Hollywood and is perfectly tailored to the film industry’s blockbuster-heavy approach.

No one wants to go on a mini-theme park ride for a romance movie or workplace comedy. The technology doesn’t fit the content. But for blockbusters like Ant-Man and the Wasp that are action packed and can fully leverage the physical environmental factors, 4DX is perfect. Those are the kinds of movies Hollywood just so happens to be infatuated with these days.

Studios have adjusted to the new economic landscape of theater interest. When all is said and done, 2018 will have seen nine superhero movies, nearly 20 pictures that qualify for franchise status and a whole slew of additional one-off big budget blockbusters. Around 2000, the six major studios were releasing 200-plus films a year. Today, that number has shrunk to around 150 to 175. As audiences continue to tune out original concepts and mid-budget adult-skewing fare, Hollywood has become increasingly reliant on the relative safety of familiar brands and known commodities, which is how we’ve found ourselves at the epicenter of the franchise era today.

I can’t speak to the economics of installing a 4DX theater in every multiplex or the demand for such an experience on a national level. But I can say the technology seems perfectly suited to the current creative approach of our major content providers. Box office numbers look strong right now, but if theaters want to survive in the long-term, they’ll need to develop a new kind of attractive experience.

“The theatrical window is to the movie business what live concerts are to the music business,” Nolan wrote. “No one goes to a concert to be played an MP3 on a bare stage.”

The status quo may not be viable for much longer. As of now, we’re on pace for 1.4 billion tickets sold in 2018, a number that may be hard to reach thanks to this year’s front-loaded blockbuster schedule and the high flop potential of some upcoming biggies. 4DX may not be for everyone, but at least it’s something new—a curveball to throw into an industry that has remained largely static over the course of its existence.

Ant-Man and the Wasp was a pure blast in 4DX, a quality movie mixed with an inventive new way to watch. All the number suggest that movie theaters are dying. Why not give 4DX a shot to help save the industry? 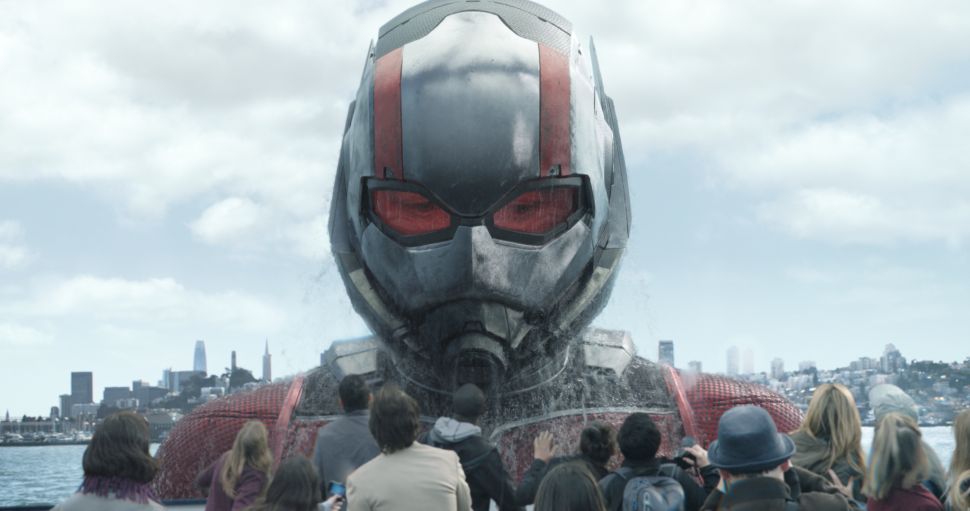