Powerful, devastating, depressing and deeply unsettling, the documentary Path of Blood by British filmmaker Jonathan Hacker gives new meaning to the word terror. This is the harrowing never-seen-before compilation of home movies about Al Qaeda terrorism in the Middle East, shot by the terrorists themselves inside their cells in Saudi Arabia. Regardless of your politics, this is a film that cannot fail to move your sense of humanity. It is hair-raising.

Without taking any stand in the form of moral objectivity, the footage pieced together by documentarian Hacker simply tells it like it is, portraying jihadists as dangerous and misguided martyrs willing to die for their cause. The film’s weakness, in my opinion, is that it never clearly explains what that cause really is. Maybe that’s because there are many causes, not just one.

At any rate, you see the boys joking around in boot camps, racing wheelbarrows, oblivious to the social, religious, political and moral consequences of the brainwashing that leads to their attacks on innocent people. They look like young people anywhere, until the massive piles of corpses their games produce become hard to witness. It’s feverish and unnerving to the point of goose bumps to watch naive kids recruited into mass murder for reasons even they don’t seem to fully comprehend by the promise of adventure fueled by idealistic lies.

Equally suspicious is the Saudi government’s use of ex-terrorists who face the cameras to praise the peaceful nature of Islam, knowing they have killed their own friends and families. Most alarming of all is the inherent parallel the movie makes between the way naive jihadists fall for recruitment lies and the way sections of uneducated Western society fall for the lies of political candidates with vile unconstitutional agendas through the misleading reports of biased media outlets (no names please).

Documentaries without objectivity are often praised. The world is a mess, and Path of Blood will force you to think, which is what any good documentary should do. Terrorism is here to stay, and the future may be hopeless. Attention must be paid. But this is one time I would have preferred a non-fiction film that takes a moral stand about what it shows, in the direction of right, wrong, and the affirmation of hope. 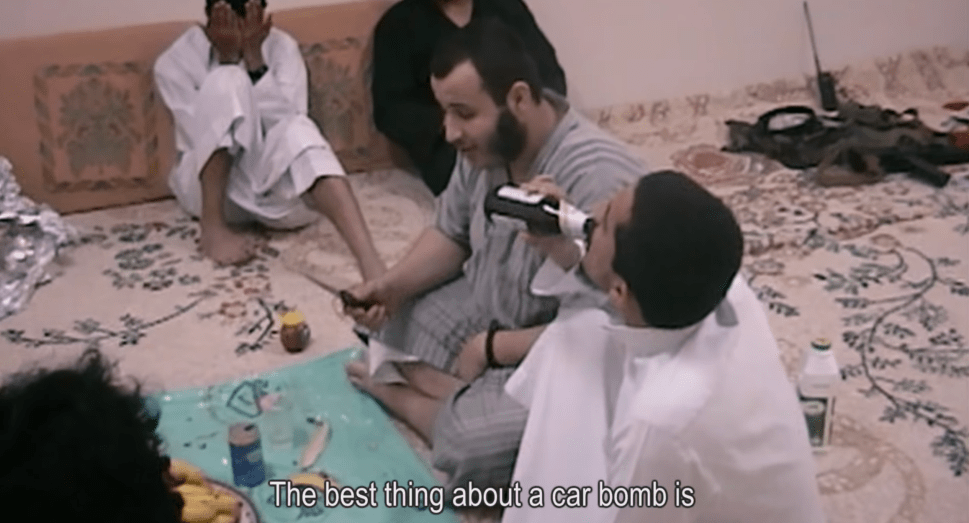