When Trump signed an executive order at the end of May naming the month of June National Ocean Month, it seemed like the first pro-environment policy of his time as president. But even this was not to last—by the end of the month, he had signed yet another order, this one undoing Obama’s National Ocean Policy meant to protect oceans and emphasizing “economy,” “security,” and “global competitiveness” over conservation and environmental protection.

The science world is being forced to come to grips with the fact that Trump will put everything else before environmental preservation. In some ways, the new order is disheartening, but long-expected.

At the same time, Trump’s motivations may have more to do with staying true to his political patterns than ransacking the environment. With the National Ocean Policy (NOP) as a large hallmark of Obama’s environmental legacy, this new order smells suspiciously like just another attempt to undo Obama’s work.

A statement from the White House on the subject said, “President Trump is rolling back excessive bureaucracy created by the previous administration,” echoing the common Trumpian principle of doing away with governmental red tape. But what the Trump administration refers to as “excessive bureaucracy” could just be the bare minimum to maintain the system. The latest executive order places responsibility on both the head of the Council of Environmental Quality and the White House Science and Technology Adviser.

The problem? Both positions have yet to be filled.

Michael Gravitz, policy and legislation director of the Marine Conservation Institute told Observer, “The NOP created a pretty elaborate framework to make that process smoother and more harmonious and actually function. But nothing is going to function in the Trump administration unless they appoint people to actually do this.”

“This NOP document was working in the way it was supposed to work. So Trump came along and said, ‘If it ain’t broke, let’s smash it,’” Gravitz continued.

Perhaps the most disappointing aspect of the new order is the historic progress represented by Obama’s order. Its main feature was to establish the National Ocean Council (NOC), giving various separate ocean management agencies a means to communicate more efficiently through regional planning bodies.

Amy Trice of the nonprofit Ocean Conservancy explained in a statement: “For the first time ever, the NOC elevated ocean leadership within the federal government to the White House level. The NOP directed federal agencies to form Regional Planning Bodies comprised of federal agencies, states, tribes and fishery management councils and to develop regional ocean plans based on the understanding that ocean ecosystems and management challenges are intricately connected. It also defined principles to guide federal agencies in management, ensuring the ocean is healthy and resilient.”

Obama’s ocean policy was years in the making, but it took the BP oil spill to push it into law. While completely unexpected, it was an easily avoidable disaster, forcing the Obama administration to think about protections for oceans as an issue begging federal consideration. By situating both a National Ocean Council and a Governance Coordinating Committee in the White House, the state of oceans became an issue worthy of consideration at the White House level.

“I think for the first time ever scientists were more involved in talking about management,” Trice explained. “This was the first time that [science] was applied within a real world management context. So how we permit, and how we farm, and also how we deal with drinking and ports, considering the ocean as a complete system.”

Could Trump’s cutbacks on protections lead to another BP oil spill? Gravitz says no.

Oil extraction and safety regulations surrounding it are regulated by separate regional agencies, such as the Bureau of Ocean Management and individual regional fishery management organizations.

“It is what some people would call hortatory. It encourages more extraction, it does not require it,” Gravitz explained. And since states have the final say on energy extraction in their own waters, all the Trump administration can do is to make it as easy as possible for individual states to choose to allow drilling.

It’s not the first time Trump and the GOP have backed themselves into a contradictory corner between oil extraction and states’ rights.

In January, the Trump administration proposed a five-year plan that would open up 90 percent of the outer continental shelf to offshore drilling, including the entire East Coast. But while the plan allows oil companies to drill in federal waters, according to the Coastal Zone Management Act, permission from state governments is required to run oil pipelines through state waters closer to the coast, a catch that could halt the process altogether. For a state dependent on money generated from beach-tourism, an oil spill would spell disaster.

“If you were a governor or local official or small businessperson who lived or died by the money you made for three or four months off the beach, would you want to take that risk? I don’t think so,” said Gravitz. “I tend to think this is going to handle itself on the East Coast.”

In the end, it may be the very states’ rights policies touted by Republicans that protect ocean waters from the GOP’s other face of promoting fossil fuel extraction regardless of the environmental cost. That being said, the Trump order forebodes future efforts to let the oil and gas industries run wild at the expense of marine conservation efforts. The fact that ocean protection is such a local issue means that the fight will most likely take place on a regional level. The responsibility rests on smaller scale organizations and governments to hold the Trump administration accountable for ocean policy. 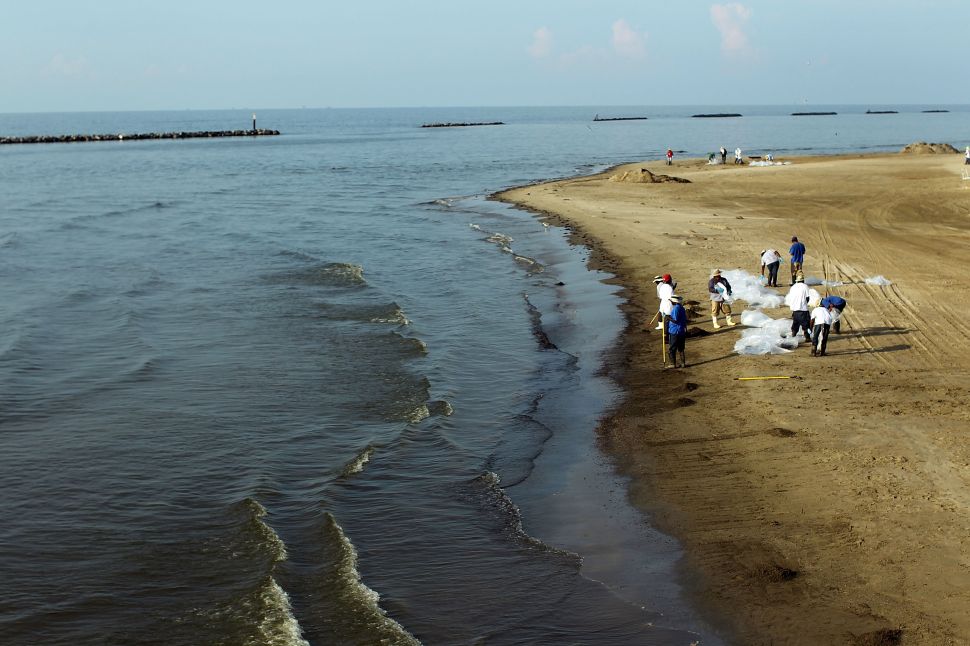