President Donald Trump wants to leave a legacy when it comes to U.S. space policy—that much is very clear. His intention to create a sixth branch of the military, a Space Force (yes, Space Force) is riddled with confusion about what the consequences of starting something like this would be, not to mention whether a brand new military branch could even be feasibly or responsibly launched. For arguments sake, though, let’s assume Congress manages to get behind Space Force and that the staggering amount of logistical and administrative concerns behind how this branch of the military would come to fruition suddenly became moot. What, then, is the point behind Space Force? What could it possibly accomplish?

There is, in fact, one major concern Space Force could address: extraterrestrial threats. No, I’m not talking about aliens—we need Will Smith and Jeff Goldblum for something like that. But there’s another iconic 1990s movie that better describes what I’m talking about: Armageddon (or its more confusing cousin, Deep Impact). There is no question an asteroid or comet with enough force and size could cause a cataclysm we’ve never witnessed before if it were to collide with our planet. An asteroid killed the dinosaurs, and several other impact events have likely shaped the evolution of Earth. Worse yet, our planet will undoubtedly be hit by another impact event that threatens communities on the planet or perhaps even the entire species. We just don’t know when it will happen.

Even the White House is concerned. Last month, it released a new report on the status of the country’s preparedness to deal with near-Earth objects that are bound for us. Although the objectives behind Space Force have only been articulated in vague ways (protection of the U.S. and its activities in space, along with its assets in orbit and beyond), planetary defense from asteroids and comets seem to be within the purview of what Space Force is all about.

So, does that mean Space Force will train a bunch of Bruce Willis clones to blow up an asteroid some time in the future? God, I wish. But no, the answer is a bit more uncertain. For starters, a Space Force would probably take over a few of the duties already delegated to the Air Force when it comes to tracking orbital objects. For many years now, researchers and space experts have been ringing alarms about the potential for space junk orbiting the planet to go haywire. If you’ve ever seen Gravity, you already know what I’m talking about. As our orbit becomes increasingly crowded with satellites and instruments, the chances of those objects crashing into one another and creating a domino effect of debris that can crash into and destroy other objects multiplies in horrendous ways. After all, even a tiny object moving at 10 kilometers a second is a harbinger of destruction. Space Force would probably take over these duties, and, if given the right amount of resources, it could augment instruments and processes so we can keep even better track of these objects.

But orbital tracking would just be the first step. The Air Force also works loosely with NASA and other international organizations on a number of projects meant to track near-Earth objects. Space Force might be the institution that finally consolidates these efforts and—thanks to how much we’re spending on defense these days—be armed with the right amount of money to make NEO tracking a serious effort.

Unfortunately, tracking objects doesn’t do anything to actually protect the planet from devastation. If we found an object en route to the blue planet, we need to do more than just stare at it and hope it goes away. NASA and the U.S. currently have three proposed methods for fending off Earth from a dangerous asteroid or comet strike, and they are all methods that a military branch like Space Force could be better suited to testing and taking charge of than any other American organization.

The first is the most obvious: a nuclear strike, which probably wouldn’t be able to blow up the asteroid, but it could at least hit it with enough force to push the object safely way from the planet. Nukes are a military thing, and I don’t think there’s any disagreement from most people that it would be better to trust the military with these weapons than NASA.

The other two are more experimental technologies: a gravity tractor that would use gravitational attraction over an extensive amount of time to slowly push a threatening object away from Earth; and a kinetic impactor that, like the nuclear strike, would use brute force to push an object off course, only at a very early stage before impact.

Housing the development of these technologies under a military branch makes a ton of sense. NASA is a great organization, but its primary mandate is to explore space and collect scientific data pertinent to space and Earth. It’s not immediately attuned to thinking about things from a defense perspective. Although the antagonists when it comes to planetary defense are inanimate, you still need the type of strategic approach that weighs pros and cons, is willing to take on a bigger amount of risk and sacrifice to achieve a certain goal, and can make the public policy case that it is in the best interest of the American people to get behind these sorts of missions. Those are hard things for NASA to do, but the U.S. military has done them for centuries now. To this end, Space Force wouldn’t simply be an advantage for the U.S.—it would also benefit the rest of the world. 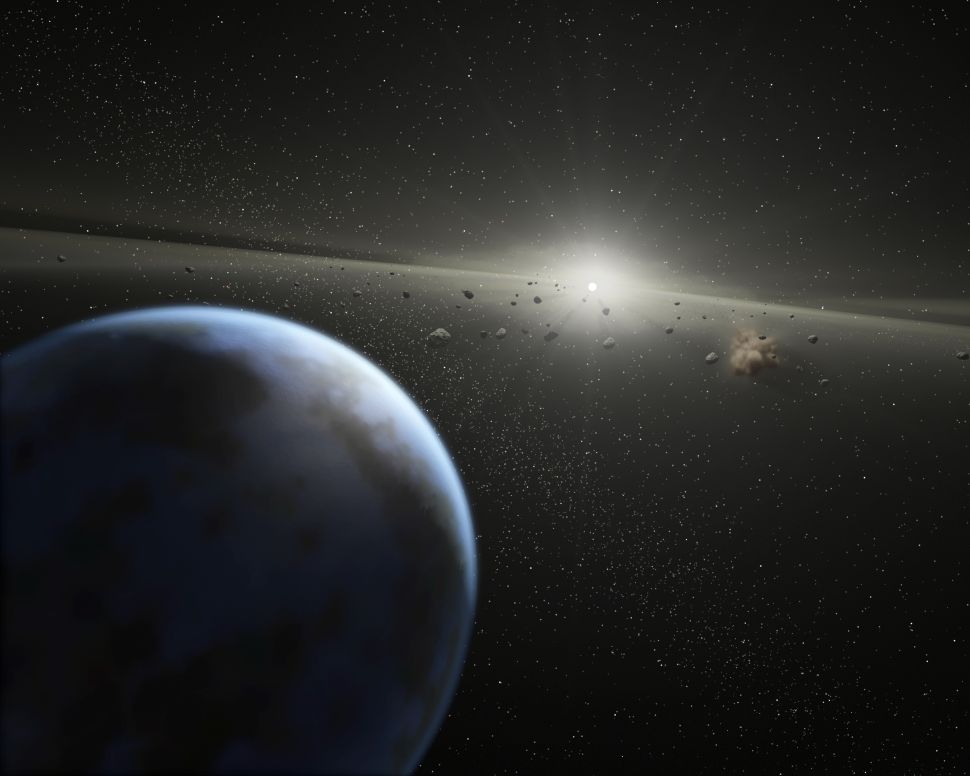