A ship carrying tons of U.S. soybeans going from Seattle to China just missed the deadline to avoid a 25 percent tariff that China promised to impose on Friday in retaliation to President Trump’s tariffs on Chinese imports.

The cargo ship, Peak Pegasus, whose trip has been closely tracked by Bloomberg since Thursday, arrived at the port of Dalian, China at 5 p.m. local time on Friday, five hours after a new 25 percent tariff on Chinese goods took effect.

But it could still have a second chance to avoid China’s promised retaliatory tariffs, because a number of cargo ships from the U.S. are currently held up at various Chinese ports, Reuters reported this morning, waiting on Beijing’s final decisions on what products to tax and how much.

A wine merchant in Shanghai, one of the China’s busiest ports, told Reuters that the customs officials there were slowing down the import clearance process due to confusions on tariff collections.

When Trump announced a 25 percent tariff on $50 billion worth of Chinese imports to the U.S. on June 18, China’s Foreign Ministry said it would impose equivalent tariffs on American products—including soybeans—the same day Trump’s tariffs take effect, but that it wouldn’t “fire the first shot.”

The General Administration of Customs of China confirmed the retaliation in a statement on Wednesday, saying that the tariffs would take effect immediately after the U.S. tariffs kick in. However, it neither specified a time nor announced what products to tax.

Reuter’s source in Shanghai said the office should figure out specifics over this weekend and clear all hold-ups.

It’s unclear how many ships carrying U.S. goods are currently being held at Chinese ports and what products are onboard. 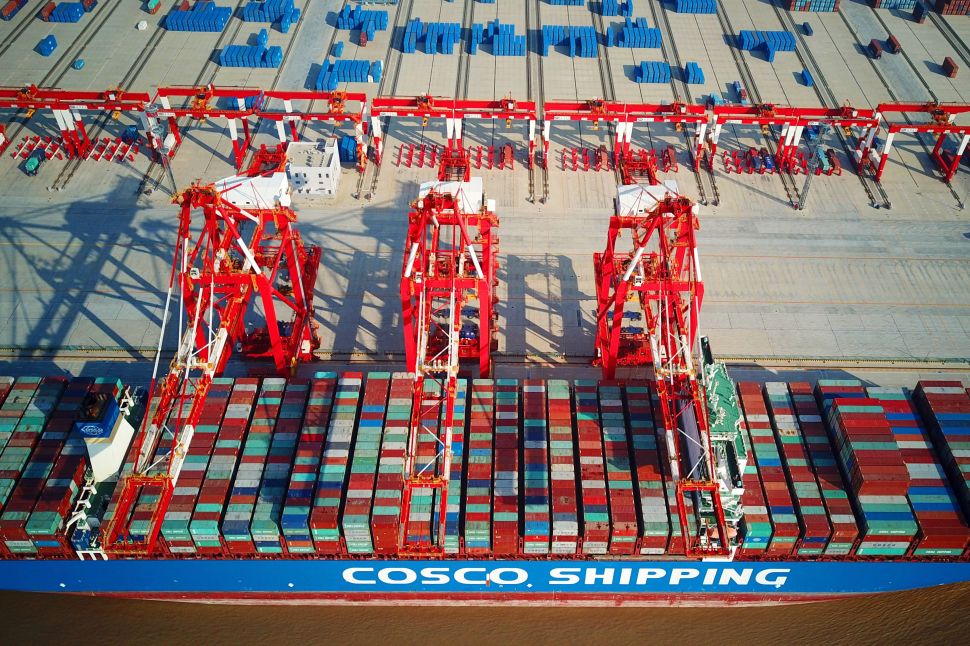