After a couple lackluster teasers, Sony has dropped the first official trailer for Tom Hardy’s Venom.

The studio has long been trying to get its own shared cinematic universe populated with Marvel characters off the ground—a strategy that has led to some poor decision making in the past (see: The Amazing Spider-Man 2). But if Hardy’s Venom connects as the darker occasional anti-hero that comic fans love, Sony will press forward with their ambitions and build a roster of Spider-Man adjacent characters into the next comic book movie-verse (Jared Leto’s Morbius is moving along the development path).

The only problem: I’m still not sold on Venom.

There’s a lot to like in this full-length trailer.

For starters, Hardy is always entertaining to watch regardless of what crazy accent he’s trying on (I think his Eddie Brock is from Long Island, but I honestly have no idea). Getting a star of his caliber is an immediate draw and surrounding him with Michelle Williams, Riz Ahmed and other talented cast members is great. Super hero movies are no longer the punchline they used to be in the 1980s and ’90s and they warrant serious actors.

Sony is also clearly playing against the current comic book boom that has enveloped the entertainment industry with their “The world has enough superheroes” marketing ploy. And you know what? They’re right.

As we’ve seen with Fox’s Logan and Deadpool, not to mention Marvel’s recent output, experimenting with different genres within the superhero structure is the only way this bubble is going to keep from popping. Audiences need fresh versatility to keep the genre from growing stale. Venom can offer that as a morally dubious anti-hero. (“That power isn’t completely awful,” Hardy’s Brock says in the trailer.)

I also like how Venom is playing with the concept of superpowers. In all of these comics and movies, our protagonist is usually in some freak accident that imbues him or her with special abilities which leads to a great training montage and a lot of good feels. But in reality, there would be many who viewed these powers as a curse, not a gift. Being afraid of one’s own capabilities is interesting territory to mine, and in that sense, Venom looks to be inverting the typical superhero origin story.

It also seems to be incorporating aspects of body dis-morphia horror, similar to what the Fantastic Four reboot was trying to go do. Again, that’s intriguing territory because it differs from what we’ve been conditioned to believe about superheroes. Not all of them are strong-jawed and muscled hunks. Venom is very clearly a man-eating monster and that would wreak havoc on a person’s psyche. Exploring that in a non-family friendly manner is exciting.

But despite all of the good that is evident in this trailer, there’s also a lot of not-so-exciting stuff.

Ahmed looks to be your typical generic villain—a billionaire genius inventor who is, according to the actor, “trying to envision what the future of life looks like because the human race is almost done” and is “trying to do right by humanity and save the future” when he discovers the symbiote. That sounds like every generic other bad guy who thinks the ends justify the means when it comes to slaughtering innocents for the perceived greater good. Of course, you can get away with having a lackluster villain, but only if the rest of your movie really shines.

I’m worried Venom could easily devolve into a series of on-the-nose CGI punch-em-ups as the evil symbiote jumps from host to host. One of the great things about Mission: Impossible—Fallout was that its action was like moving dialogue; it wasn’t just aimless explosions and fight scenes. There was a subtext to it all, and this trailer doesn’t convince me that Venom has the subtle hand to mimic such an approach. But Riot or Carnage or whomever emerges as the real big bad already resembles the uninteresting computer-generated DC villains such as Ares, Doomsday and Steppenwolf.

Amy Pascal looks to be the producer overseeing all of Sony’s Spidey-adjacent material which is a good thing as she has a strong track record. But it isn’t flawless and, similar to this Venom trailer, there is both good and bad.

There’s a lot riding on this movie, and I very much want to believe in Venom. But I’m still on the fence. 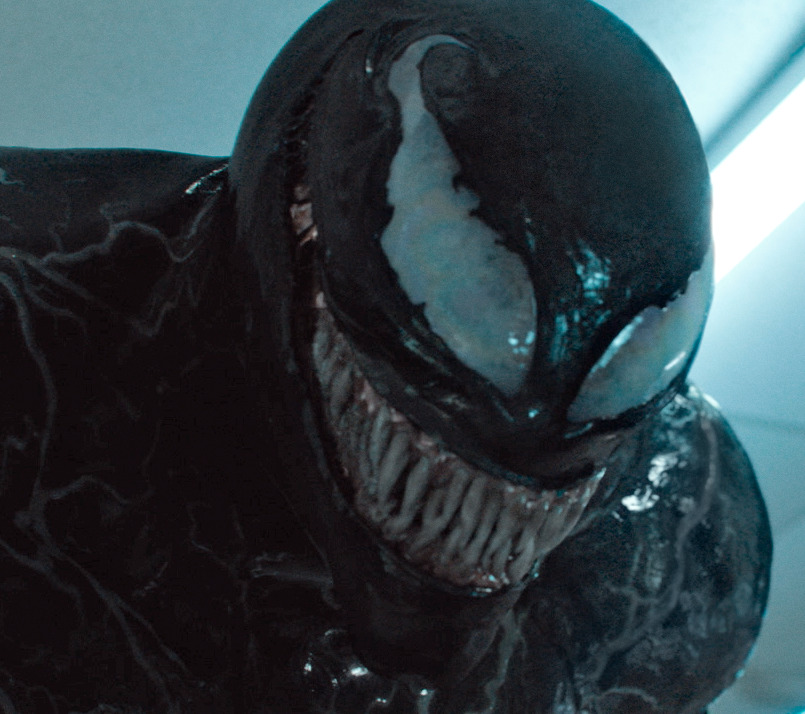