They riled up their fans. They highlighted their star players and invited the next big scorer to try out. They seemed poised to take one or more direct shots at their goal. And yet the World Cup utterly fizzled for the Islamic State.

Beginning last fall, ISIS supporters and affiliated media groups pounded away at the message that jihadists needed to attack the biggest tournament of the sport they profess to hate so much with millions of fans watching. After all, how could they miss with 11 host cities throughout Russia and open gathering places like festivals and eateries teeming with millions of visiting fans? Plus, beyond Russia’s borders, countless more footie fans gathered in city centers for mass viewing parties and, when lucky, celebrations that lasted into the wee hours. It was a security nightmare, yet ISIS didn’t take advantage of it.

That wasn’t for a lack of many months of saturated encouragement. With photoshopped images of flames bursting from soccer stadiums, drones dropping bombs from above, beheaded soccer stars and menacing jihadists lurking in the stands, ISIS used every piece of gory flair in their toolbox to try to push would-be jihadists out of mum’s basement and into terrorist lore. Think of these images, distributed on ISIS online haunts such as Telegram, like posters in the ISIS office break room telling jihadists to conquer that metaphorical mountain and hang in there.

“We are coming to you and bringing death with us; your soccer fields will be under the flames of our fires,” read one poster in English. “Our revenge is so deep and it is bleeding our hearts; it will only be healed by revenge, and the shedding of blood.” They released this sort of propaganda all the way through the finals.

For the terror recruit who needs pointers on tying his shoes, the ISIS propaganda literally mapped out exactly where and how they should attack, what type of vehicle to use, where on a victim’s body one should strike with a knife, etc. It told would-be terrorists to target “the infidels in or out of stadiums.” There was even a 10-minute video titled “Be Violent Toward Them” released last month, showing Russian ISIS cell members looking like ordinary post-match hooligans. Russia is one of ISIS’ top recruiting wells and has sent as many as 7,000 jihadists to the Islamic State, so it’s not as if they’d be hard-pressed to find home-turf World Cup attackers.

ISIS shouldn’t have had an issue stoking their enmity for footie, with a history of being harsh on young Muslims for choosing to cheer on Manchester United instead of donning suicide belts. The terror group banned jerseys of European teams in occupied territories and reportedly banned referees for following FIFA rules instead of ISIS’ contrived Islamic soccer laws. They used Raqqa’s soccer stadium as execution grounds and tortured prisoners in the locker rooms below. One of their Paris targets in the November 2015 coordinated attacks was the Stade de France; a bomber detonated outside during a Germany-France exhibition match. They hate how the sport brings the world together, as terrorists’ stock-and-trade is division and otherism.

To add insult to their apparent lack of initiative, a country that is a perpetual target of ISIS ended up parading down the Champs-Élysées with the World Cup. One of those early pieces of ISIS propaganda depicted French national team manager Didier Deschamps as a prisoner of the terror group, clad in an orange jumpsuit with a gun to his head. Instead, Le Carillon, the Paris bar where 15 patrons were killed in the November 2015 ISIS attacks, was packed with cheering revelers. And to keep compounding ISIS hurt, the winning French team is a diverse representation of the country’s immigrants and natives and has seven Muslim players, all of them fighting not for a caliph in hiding but for Les Bleus.

So what happened? We know ISIS followers still have the will, and with such a huge global event with scores of potential targets they certainly had a way. After the final match, one ISIS supporter complained on Telegram that they built up the attack threat too much, resulting in too much security at World Cup events—a way of skirting admission that ISIS built up the threat too much and now looks like they cried wolf. That review still looked forward, though, and gave would-be jihadists tips for future attacks.

The most likely explanation for the dud is that many chose to keep their powder dry simply because the history of their most devastating attacks has consisted largely of soft targets that were undefended because there was nothing significant about the time, date or location to put patrons or police on edge: an Ariana Grande concert, a Manhattan bike path, a holiday party for county employees, a nightclub in Florida, a pastry café in Dhaka.

That doesn’t mean ISIS won’t keep promoting specific attack days and locations of significance, like the Bastille Day attack in Nice and the Christmas market in Berlin. Care should always be taken on terror anniversaries with the danger of terror one-upmanship; for example, ISIS would love to steal the thunder from al-Qaeda by putting their stamp on Sept. 11. Large sporting events like the Super Bowl will always need to be saturated in security. Because of the publicity preceding President Donald Trump’s $12 million military parade scheduled for Nov. 10 and its symbolism of U.S. might, ISIS likely has it on their calendar. And as the same outlets who lobbied for World Cup attacks also spent months pushing for attacks on Christmas venues and associated religious targets such as the Vatican, we’ll see what they whip out this holiday season – last year a California man who recently pleaded guilty liked on Facebook ISIS Christmas attack propaganda of a Santa jihadist as he planned his own San Francisco attack, according to authorities.

But after seeing the success of comrades who caught victims off-guard by picking seemingly insignificant targets, we’re more likely to see ISIS adherents wait for a time and place they think works best for them—regardless of the events calendar. 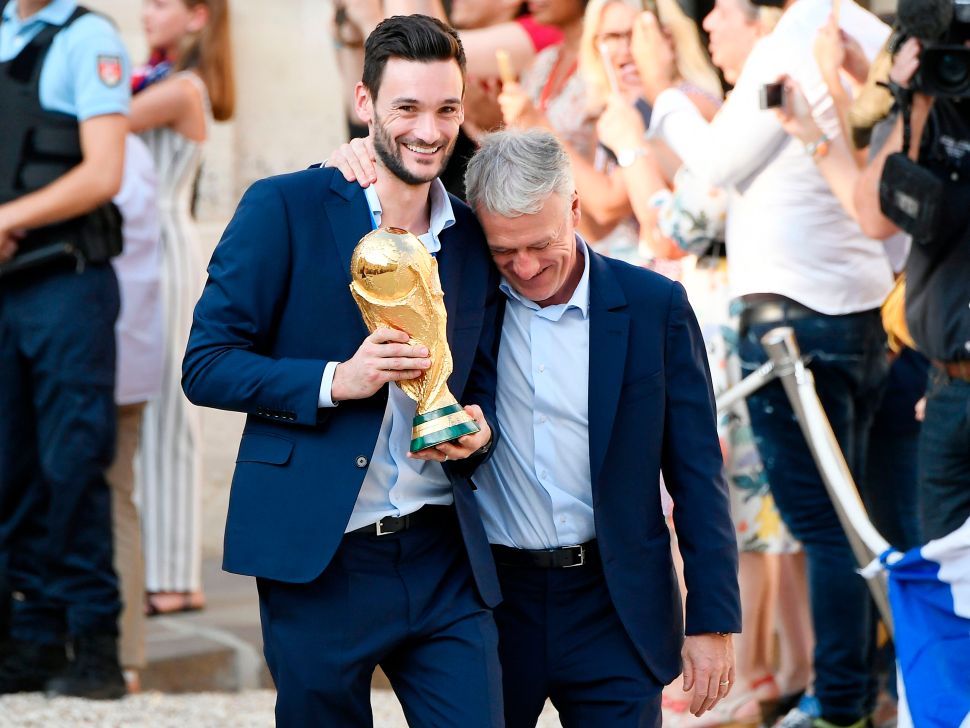