Augustine Frizzell didn’t know what she wanted to be when she grew up. As a 15-year-old coming of age in the suburbs of Dallas she had more important things to worry about, like trying to sober up before her next waitressing shift or figuring out how to make next month’s rent. Things got a little more complicated when, at 18, she had her first child. But despite the emotional and financial hardships that followed, Frizzell was always able to see the humor in her situation. So much so, that she used her experiences as the basis for her directorial debut, the delightfully raunchy buddy comedy Never Goin’ Back.

The film, which Frizzell tried to make first in 2014 before scrapping most of it, premiered at this year’s Sundance film festival, where it was snatched up by A24. It follows best friends Jessie (Camila Morrone) and Angela (Maia Mitchell), as they float through a small Texas towns, making bad decisions, and leaving a trail of chaos in their wake. And while the template of two teenagers getting high and doing dumb shit may feel familiar to some (Never Goin’ Back is has been likened to a female version of Superbad) Frizzell has managed to imbue her film with a sense of place and feeling that feels uniquely authentic to her character’s experience. And why wouldn’t she? After all, she lived it.

How much of the film is based on your own experiences as a teenager coming of age in Dallas?

Almost all of it. But there is a little bit of fabrication in some of the details just so I could make a cohesive story. I was 15 when all this stuff was happening and the girls in the movie are 16 or 17. But I was also living on my own with my best friend and some roommates. We worked at IHOP, which is comparatively as shitty as the restaurant in the movie. We did a lot of drugs, we robbed a store, our house got robbed, all of it.

These characters rely on each other to make it through all the muck. What was your salvation growing up? Where did you turn when things got rough?

[To] my best friend at the time. She was essentially my family and I made this movie as a way for me to process how I went from a situation like that to the situation I’m in now, which is a pretty good life. I think I made it out of that thanks to her. Definitely my parents in my early years were supportive and great and there was a patch when things weren’t so good, but thanks to my best friend, I pulled through.

Did you ever imagine yourself being in the position you’re in now?

That’s all I ever wanted. My dad’s family were all musicians and so I always envisioned myself doing something artistic and never having a nine-to-five. I never enjoyed school either, so I only ever saw something creative for myself and my future. I wasn’t sure it would lead me to making movies, I kind of thought it would be either an actor or a singer but I had horrific stage fright so that never worked out. But, something like this was always kind-of the plan.

It’s always hard to recognize the good old days when you’re actually in them, but despite the struggles and the abject poverty, it very much feels like these girls are in the good old days. Is that how you view your adolescence?

Oh yeah definitely. I think that’s what I wanted most for this film. [To show] when things are difficult there are moments of lightness. Even in the worst of times you have those brief moments where you either find the time to laugh at the absurdity of the situation or you have a tender moment with someone close to you—there are those moments within the struggle. I really wanted a movie that found that aspect of life and focused 100 percent on it. I feel like it’s rare to see that, when you come from a situation like I came from, it’s rare to look back without seeing all the heaviness and the shit. I can honestly look back and see how hard it was and how difficult things were and how much pain I was in, but at the same time, I do think very fondly on those years, too. We had some happy and ridiculous moments that made us laugh and that made our teen years worth reminiscing on.

Movies that explore friendship this closely usually have an act where the friends fight or grow apart, but in this film, the two girls at the center never go in that direction.

That’s kind of why I didn’t want to do it. It’s so expected. Every friendship movie, every coming of age movie, has that moment for the most part, and I wanted all the conflict to be outside of them. I wanted them to be going at the conflict together. I didn’t want it to be within their relationship, and so I found a way to fashion it so that all of their obstacles were outside of their friendship.

Do you think it’s easier to be a teenager now? Are you thankful you got to grow up in a pre-social media world?

I don’t know. I’m very grateful that I grew up without social media, but there are so many advantages to having the internet—and having that access and having that broad reach—in the sense that we didn’t have access to as many other cultures, and as many other ideas, as teens have now. You can click online and be friends with people all over the world and see what it looks like to live in those areas, and see what the struggles are like for other teens, and I think that’s helpful because it can breed compassion. But then it comes with its own fucked up struggles that are just awful and really damaging to self-esteem. But I think a lot about that too; people are like “Oh social media makes you want to be someone else so badly,” [but] I think about fashion magazines when I was growing up and even before my time, and how much the look of models influenced my self-esteem and the way I thought about myself. The struggle had been around for a long time, it’s just a little closer to home now.

While you never really pass judgement on your characters, your film could be construed as a kind of critique of American youth culture. The way ennui and drug use are intertwined, the link between poverty and crime. Was it at all your intention for this to be a kind of cautionary tale?

Maybe a little bit. I think that anytime you’re doing things, whatever your choices are, there are consequences. Some people see my film and are like “There were no consequences! They got away with everything! Why didn’t you show that what they were doing was wrong!” I kind-of think I did. They end up in jail, they’re going to lose their house, the one boss that believes in them has let them go. There are consequences. I didn’t want it to be a heavy cautionary tale. I wanted it to live in that same zone as Superbad where those boys have a safety net and their lives are stable in a way that the girls in my film are not stable.

And they have money.

They have money and parents and college on the horizon. Even the cops don’t punish them and they were doing horrible stuff. I just didn’t want it to be heavy-handed, I wanted it to be fun.

I’ve heard this movie described as a kind of Superbad for girls. Did any part of you want to make this movie because you saw a lack of raunchy teen comedies geared towards girls?

You shot a version of this film in 2014 that you scrapped because you were unhappy with the final product. What lessons did you learn and what did you do differently this time?

I learned two big lessons. Number one was surround yourself with people who believe in you and have a similar vision as you. All of your teammates, all of your crew, everyone has to be on the same page.

Most first time directors have a hard time getting one film made, let alone two versions of the same movie. How did you manage to secure the financing this time around?

I took the footage and I made a short film out of it. It played at SXSW and a bunch of other festivals, and it won a couple awards. So people were able to see that and get the gist of what the film was going to be, and then the script of this version, a lot of people really loved it and thought it was fun and funny and they were excited to be a part of it.

A24 is basically the cool kid stamp of approval in movies today. What’s it been like having them on board?

It’s like a dream come true. It’s surreal and incredible. They all have such good taste and then they have such good responses. When I made the film they were my goal. I was really pumped that they liked it and they wanted it.

Did you see the trailer for Jonah Hill’s new A24 movie Mid90s? It looks like a kind of spiritual sequel to your film.

I can’t fucking wait! I’m so excited about that. I think it looks fantastic. Anything to do with the ‘90s I love, anything about skateboarders I love. I’m really curious to see what it’ll be like. It’s such a different playing field for men and women.

Are you encouraged by the female directors who are getting opportunities to direct big budget comedies? Kay Cannon’s work on Blockers comes to mind.

Oh yeah definitely. I think there’s so much fun stuff coming through. I think there’s a lot of stuff that I’m not interested in, but every once in a while you get a really cool script or a really cool project that I might not have otherwise been able to conceive on my own, and so that’s really exciting to me. I love it. 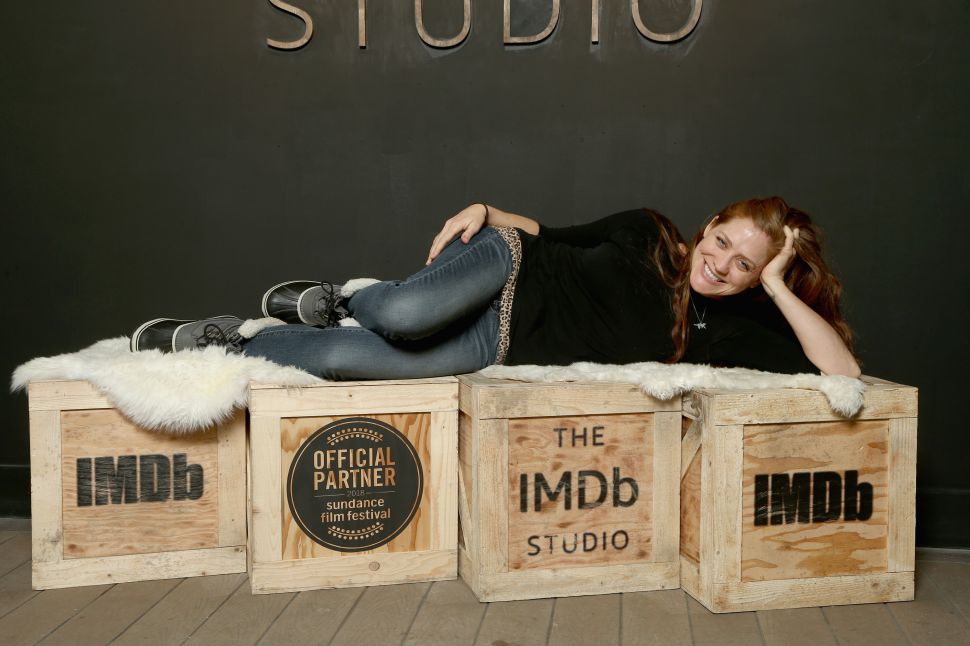