A policy debate between progressive darling Bernie Sanders and CNN host Jake Tapper is unfurling over a recent study by the Mercatus Center—a libertarian think-tank anchored to George Mason University that is closely aligned with the Koch network.

“Let me thank the Koch brothers, of all people, for sponsoring a study that shows that Medicare for All would save the American people $2 trillion dollars over a 10-year period,” said Sanders at the time.

Thank you, Koch brothers, for accidentally making the case for Medicare for All! pic.twitter.com/speuEL6ETC

In a CNN video fact-checking the claims published on Friday, Tapper claimed Sanders’ interpretation of the data “lacks a lot of context” and cited the report’s author Charles Blahous.

“The study’s author says that that $2 trillion drop is not actually his conclusion. He says that’s based on assumptions by Senator Sanders,” said Tapper.

After pushback from progressives for framing Sanders’ remarks as related to government spending—rather than the total costs shouldered by the American people toward healthcare expenditures—CNN edited the video for clarity. Backed by the Democratic Socialists of America (DSA) cavalry of Jacobin and Common Dreams, the Vermont senator continued castigating Tapper for “errors peddled by the Koch-funded Mercatus Center.”

“Tapper says, ‘The study’s author says that that $2 trillion drop is not actually his conclusion. He says that’s based on assumptions by Senator Sanders.’ Wrong. Provider payment rates in our plan are not assumptions, they are written into the bill,” wrote Sanders on Twitter. “Any score that replaces Medicare reimbursement rates with some other set of rates is not a score of our plan.”

I thank @jaketapper for admitting his “fact check” on Medicare for All was not factual and editing his video.

Sadly, Tapper's video on Medicare for All along with other “fact checks” is riddled with errors peddled by the Koch-funded Mercatus Center. Let's go through them: https://t.co/NHAOR6YNLG

Tapper, in turn, retaliated by firing off a list of media outlets and fact-checking organizations that refuted the senator’s framing of the study, citing The Washington Post and AP.

“Not one of the fact checkers supported the Mercatus Center study nor did any of us oppose the Sanders plan Medicare-for-all,” said Tapper. “But we all maintain he’s using the study in a way that doesn’t provide the full context of the study.”

Sanders shot back by citing reports and op-eds supporting his Medicare-for-All initiative from, conflictingly, CNN and The Washington Post. In a final zinger to discredit the “corporate media,” the progressive called Blahous a “far right-wing economist” who has been “discredited” by “mainstream economists.”

“So, the question that must be asked is why would the corporate media put their blind faith in a far right-wing economist whose past reports have been so thoroughly discredited by mainstream economists and experts?” asked Sanders. 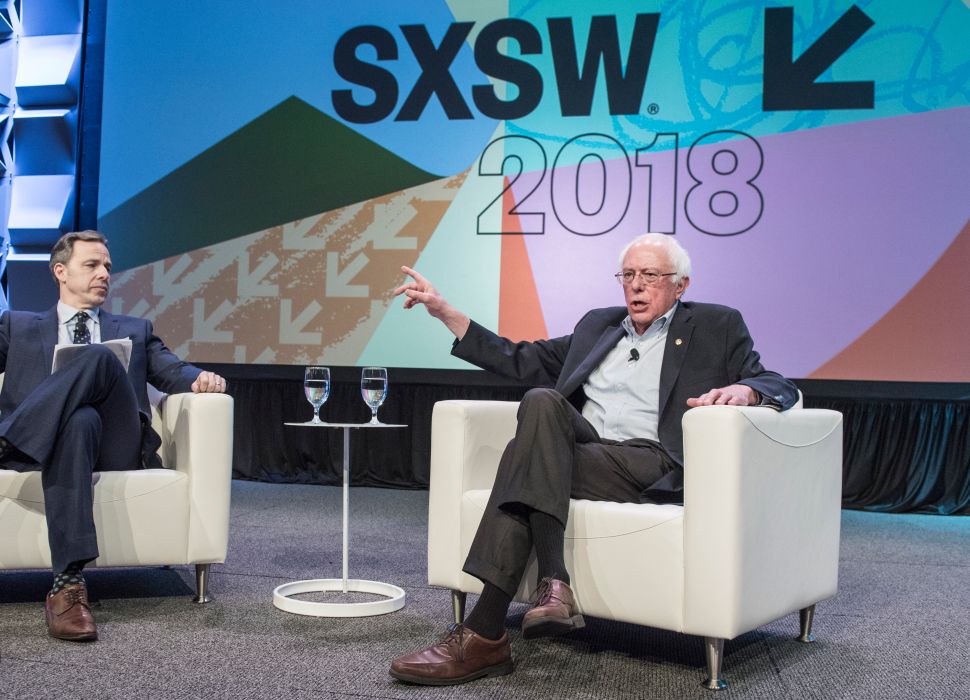