Let’s be honest: Last night’s episode of Better Call Saul, “Something Beautiful,” was easily the weakest of the show’s young fourth season. Little happened, though it seemed to take an awfully long time for it to happen, especially in comparison to the season’s strong first two episodes.

But you know what? It was absolutely necessary. Last night was a perfect example of a “filler episode,” an entry in a series that doesn’t really impact the characters all that much or dramatically alter the main plot. “Something Beautiful” was more concerned with setting things up for a later payoff. In a vacuum, filler episodes don’t appear to have much going on, but when done correctly, they are crucial to long-term storytelling.

So let’s review what actually happened in last night’s episode.

Kim (Rhea Seehorn) is again feeling the pressures of her job. Jimmy (Bob Odenkirk) hatched an ill-advised petty robbery, the prelude to which served as the underwhelming reunion between Mike (Jonathan Banks) and Jimmy. Nacho (Michael Mando) quickly discovered the perils of being under Gus Fring‘s (Giancarlo Esposito) thumb. A familiar Breaking Bad face showed up as part of Gus’ continued moves.

But that’s O.K., because each of these smaller details adds to the overarching plot of Better Call Saul. Yes, it’s disappointing that the first scene in ages shared by both Jimmy and Mike involved such a nonchalant and compressed conversation. We were hoping for more given that the series has been split into The Jimmy Show and The Mike Show for two-plus seasons. But Mike’s advice to Jimmy to drop the robbery idea is a worthwhile indicator of the latter’s path. Arguably, the show’s greatest achievement has been its reinvention of the slimy and amoral criminal lawyer we meet in Breaking Bad into a slick but well-intentioned good man in the prequel. But here we start to see Jimmy once again edging into territory Saul Goodman has firmly staked out. It’s a slippery slope that Better Call Saul can’t put off for much longer.

Elsewhere, Nacho and Kim are practically the only two characters on the entire show whose futures are unclear to viewers; fans have been fearing for Kim’s life in particular for the entire run. With Nacho narrowly surviving Fring’s master plan last night and Kim’s absence in Breaking Bad, it’s fair to wonder just what fates await these two. A grisly demise? A life in witness protection? A bad breakup? “Something Beautiful” reintroduced all of those questions as we wondered how their stories might conclude while hoping against hope that the ending of their story won’t be permanent.

And finally, Gus continued to lay the foundation of his empire with his manipulation of Gale (David Costabile). The sight of another familiar face was a treat to Breaking Baddicts, though it might have also been a knowing trick employed by showrunner Peter Gould. In a somewhat lackluster episode, Gale’s cameo is a tweet generator, a welcome distraction from the relative lack of action that Breaking Bad fans can point to and celebrate. As we know all too well, his presence will have a lasting impact on the trajectory of this world.

Each small movement of last night will pay off down the road. Some series aren’t as capable at pulling off these less crucial installments, but Better Call Saul does so with flare and emotion. Jimmy’s haywire larceny, Kim’s emotional break upon reading Chuck’s letter, Nacho’s uncertain fate and Gus’ continued machinations combine to make even the small developments interesting.

The weakest episode of the season so far? Yes. But still a good one. 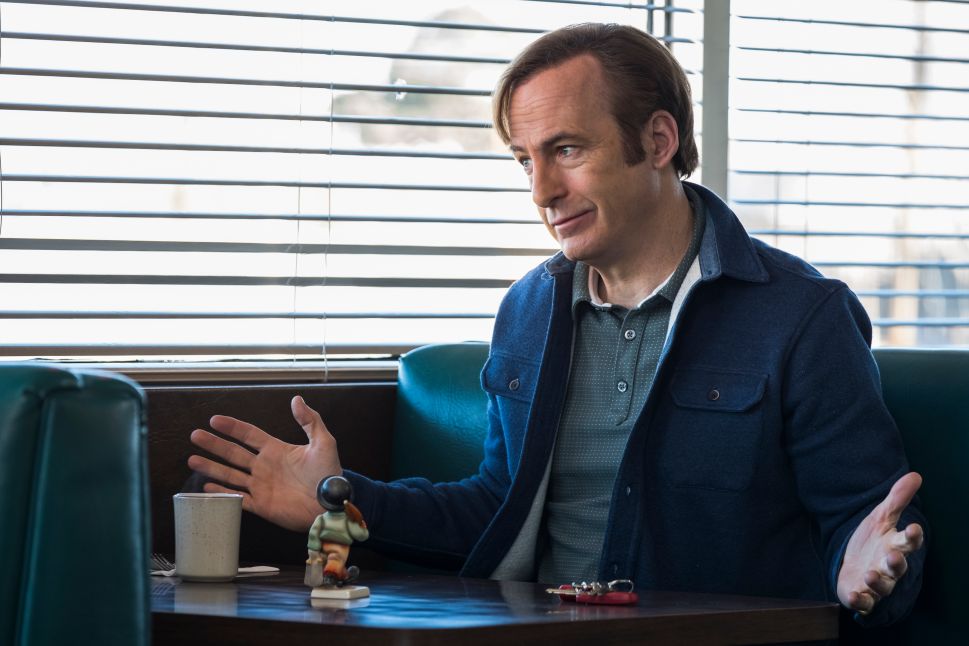