The election of President Donald Trump, and the negativity and the divisiveness that resulted from it, can all be blamed on one man: Rupert Murdoch.

In the same week that Laura Ingraham’s racist Fox News diatribe made headlines, de Blasio accused the man who owns that channel (along with The New York Post) of trafficking in the same right-wing propaganda that Trump does.

But ironically, when de Blasio makes these claims about Murdoch he seems to be echoing the cries of “fake news” and “enemy of the people” coming from the right.

Brian Stelter, the host of CNN’s Reliable Sources, pressed de Blasio on these issues in a tense interview yesterday.

The mayor said that without Murdoch’s News Corp, America would be “a more unified country” with “less appeal to racial division.”

“There is no Donald Trump without News Corp,” de Blasio said. “I firmly believe that. He never gets to the presidency, because he would never have been elevated the way he was consistently for years and years.”

While acknowledging outlets like the Fox News and the Post have a “right to exist,” de Blasio admitted to harboring “anti-News Corp feelings.” He added that other channels (including Trump’s favorite punching bag CNN) don’t have nearly as much bias as Fox.

“What the president has tried to do is create a dynamic that is anti-media, anti-free speech, undermining democratic norms,” de Blasio said.

Stelter pushed back that regardless of party, “politicians make lousy media critics.” He also said New York Post staff had confided in him that they didn’t feel safe leaving the News Corp building in midtown Manhattan after de Blasio’s comments.

The mayor said he still broadly supported the press, however.

“I believe in a free strong media with diverse views; I’ll defend it with all I got,” he said.

But de Blasio’s own emails prove this is false. He’s called news outlets that printed critical stories about him “pitiful” and “sad for our city and nation.” He also said the demise of The New York Daily News would be “good for us.”

Of course, the mayor made those statements before the Daily News laid off half its staff last month.

Many New York City reporters said de Blasio’s private comments reflected his views more than his CNN statements. They used their own dealings with him as proof.

I’ve said this many times after being hustled away from the mayor myself: the job of his armed police detail is to keep him safe from threats, not to keep him from safe from hearing a reporter’s questions.

He has sharply criticized almost every major outlet in the city and privately cheered for the demise of some of them. https://t.co/X2P9y7udsr

I did not feel that I was making New York City worse when covering him for the WSJ. https://t.co/gibFZuKqF8

.@billdeblasio also cheered for demise of @NYDailyNews, which exposed his administration’s fraud re lead poisoning in NYCHA. His concern about the media has everything to do with his own failures and nothing to do with the public good. https://t.co/EtWgDnlMFf

Or trashes the NYT’s metro coverage, or DNAinfo… https://t.co/pwizvZDTry

De Blasio’s security detail also prevented a Post reporter from asking the mayor a question at a parade yesterday.

Indeed, attacking the media has paid few political dividends for the mayor. Democratic Senate candidates have largely rejected de Blasio’s offers to help in their races, saying his support might actually work against them.

Rather than rail against media companies, these men should follow the lead of upset primary winner Alexandria Ocasio-Cortez.

She received little news coverage before her victory, but having been thrust into the public eye, she’s now using the media to her advantage. While rejecting bad faith debate offers from people like Ben Shapiro, she’s striking just the right tone of sincerity and sarcasm.

De Blasio should use these tactics instead of trying to take the moral high ground over Murdoch. News Corp definitely has its share of problems, but someone who’s called the media “pitiful” isn’t the person to solve them. 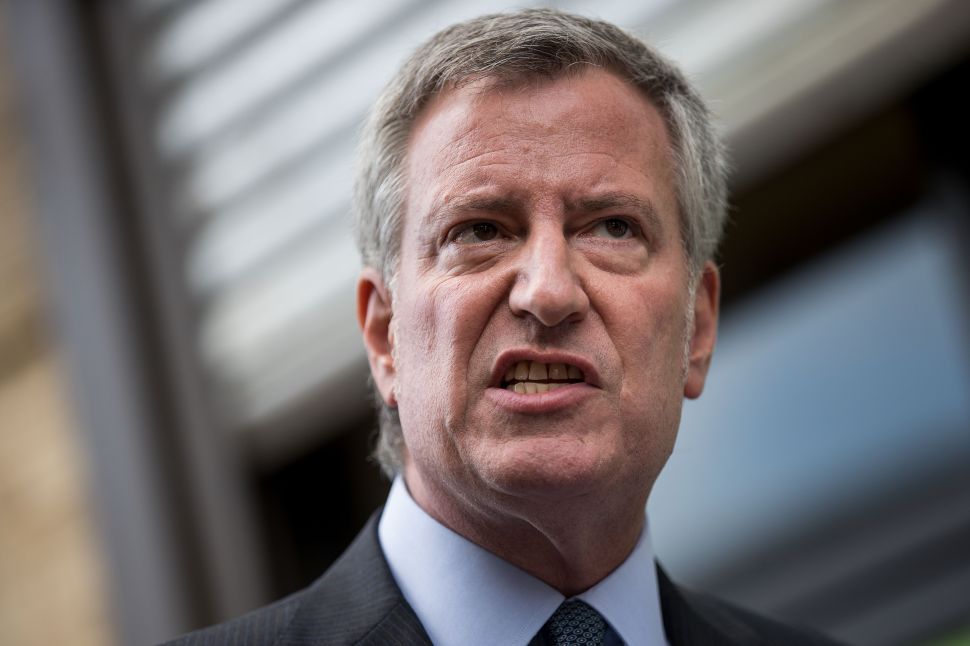