BlacKkKlansman is, without a doubt, Spike Lee’s best movie in more than a decade. It’s angry and powerful and hilarious and heartbreaking all at once. It is at once both a comeback for the filmmaker and a reminder that his potent leanings never really left us in the first place.

But Lee would not be able to tell the incredible true story of Ron Stallworth (John David Washington), the first African-American detective to serve in the Colorado Springs Police Department who ended up infiltrating the local chapter of the Ku Klux Klan in the 1970s, without the help of production designer Curt Beech. They say film is a director’s medium because it relies on visual language. If that’s the case, then consider the production designer—who brings the look of a movie to life—the director’s right-hand man.

We spoke to Beech about what it’s like working with the legendary Lee, how he brought the real-life Black Panthers and KKK of the ’70s to the big screen and how BlacKkKlansman, which arrives in theaters August 10, was authentically put together on a budget.

Some casual movie fans may not know exactly what production designers do. How would you describe your own job?

The joke I use is: I’m responsible for everything that’s out of focus.

It’s basically true, but it is all about creating the environments that the actors exist in. Production designers are the architects of the film. We have a team that helps us pull it off, decorators and designers that help us. There’s set designers, scenery that gets built, construction department. Really, it is everything you see that is my responsibility and making sure it’s authentic and true.

You worked with Spike on She’s Gotta Have It for Netflix before BlacKkKlansman. What’s it like working with him?

It’s an interesting dynamic. Spike, for all of his 30-plus years of filmmaking, is still very much an independent filmmaker. No matter how big the project is, he still works in that mode. He’s fast, creative and there’s a little bit of jazz to the way he schedules and moves pieces around. You have to be quick and ready for a lot of changes.

The upside is with that speed there is no waste. You give him a set, he’s going to shoot every inch of it and he’s going to shoot it quickly with a lot of cameras. I think you find that a lot of the older directors know when they got it—it’s a couple takes and it’s finished. He’s editing in his head all the time so he knows what’s necessary. If it isn’t necessary, we’ll cut it on the day of shooting.

He shoots 12 pages a day easily, twice as many as most people. If you can’t keep up with the pace, you’ve got problems.

Can you tell me a little about the research that went into BlacKkKlansman? Not only is it a true story, but it’s also a period piece, which I feel makes your job doubly as challenging.

The research covered a lot of different things. The script calls out a lot of different organizations that were at work in the early ’70s. The Black Panthers are one of many that had a different take on how to deal with civil rights issues. We had to learn a little bit about all of them. We had to study up on the KKK and its history and learn things that I wish I could unlearn. We did basic research of what the police department looked like in Colorado Springs in 1972.

Then it becomes: how much do we want to pay homage and how much do we want to do something different. We really dug deep on this and looked at magazines from the time and as many primary sources as we could get our hands on to figure out this time period and style and history. The more history you study the better it comes out.

Period pieces tend to be more expensive than your average film. How do you balance authenticity within a budget?

That is the hardest part of doing a period piece. It is more expensive, and the things you’re going after are scarce because they’re old. You’re fighting to find the desirable things from the era. Even when it came down to the vehicles we needed, there was competition with two other ’70s TV shows happening in New York and they got first pick of the car.

All those challenges—making budgets work and finding things that are scarce—make period pieces a bit harder.

What do you think the most important aspect of production design is and what skill do you think is crucial to the role?

The only important thing is authenticity. It’s the only and most important thing. You can have authenticity in a space movie, a period film, in a comedy. That’s always what I’m going after. It needs to be believable and real enough to make sense for the story.

The nice thing about production design is that you get to visit different worlds that you’ve not lived in and do not know and you get to learn all about it and leave it and then maybe return one day. I’ve worked on Star Trek, War of the Worlds, Wayward Pines… How do you solve these design problems and logistical issues that surround a project? 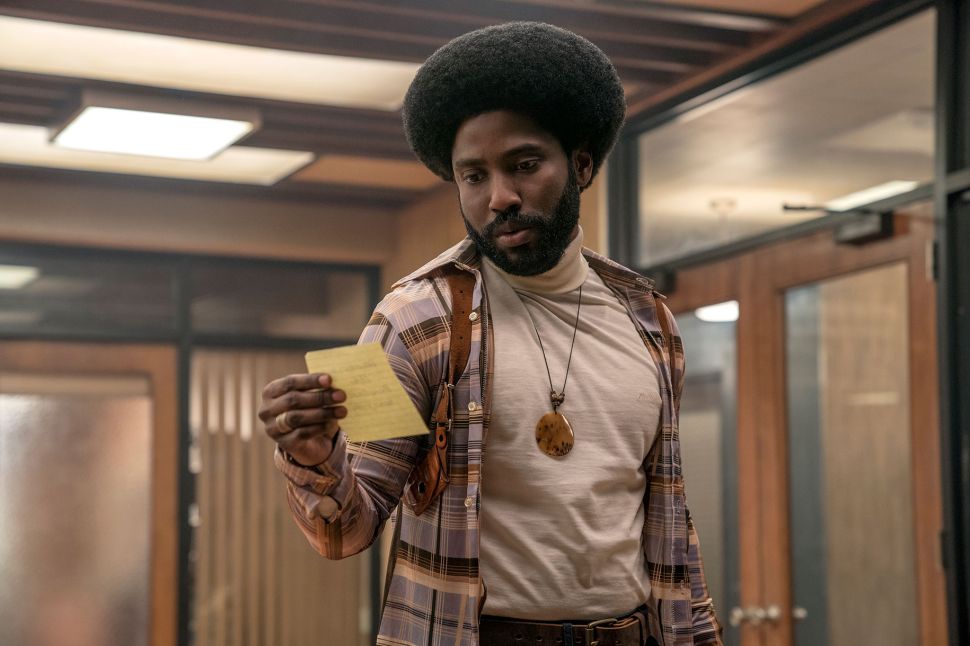