What can I say about Bo Burnham’s feature directorial debut Eighth Grade that hasn’t already been said? Honestly, probably nothing. The film debuted at Sundance in January and has been steadily creeping from the fringes of Film Twitter to trending hashtag status ever since. For those who care about these kind of small, personal and affecting features, you’ve probably read all about the movie in advance of its release tonight and decided: Yeah, I want to see it.

Burnham, a YouTube sensation at 14 for his edgy and clever songs, has hopped from project to project throughout his career. One part stand-up comedian, one-part satirical musician and one-part actor/content creator, he’s operated in several different mediums over the last decade. You recently saw him co-star in last year’s refreshingly hilarious dramedy The Big Sick and he even directed Chris Rock’s latest Netflix stand-up special Tamborine. Now, he’s making the leap to feature films as writer/director with Eighth Grade, the story of 13-year-old Kayla who endures the tidal wave of contemporary suburban adolescence as she makes her way through the last week of middle school—the end of her thus far disastrous eighth grade year before she begins high school.

So I could tell you all about how Burnham and studio A24 took a realistic lens to this cringe-inducing awkward time in every one’s lives in which every emotion is amplified, rather than paper over the story with typical Hollywood sentiment. I could wax poetic about the film’s precise commentary on how social media warps the lives of teenagers, contributing to the grand facade that everyone is #LivingMyBestLife. I could even tell you all about the tender moments between father and daughter and the genuine connection between fellow outsiders that make Eighth Grade the earnest and nuanced portrait of growing up that it is.

But I’m obviously not going to do that. Instead, I’ll let Burnham himself tell you a bit about his movie.

As a viral sensation as a teenager, were there any ways you translated your own experience with adolescence into Eighth Grade?

Yeah, a little bit. Truthfully, the internet was much different 10 years ago when I started than it is today. Back then, it was more of a bulletin board that you posted on, and now it’s a place where we live online. So the movie is more so about the current relationship with the internet than the past. I can’t imagine what it was doing to me when I was 13.

How were you able to create that through the perspective of a teenage girl? Did you ever thing about how audiences might react to your take on such sensitive subject matter given that you’re a guy?

I just see young kids posting everything about themselves online. This was very much me listening to the kids and really trying not to project anything. I wanted to capture their reality. And I wasn’t writing a novel, I was making a movie, so I knew I’d be using a real kid to bring this to life, and it wouldn’t be my portrayal of a 13-year-old girl. Elsie [Fisher]’s portrayal of a 13-year-old girl is the reality through the script I put together. I’m not trying to be authoritative on the material; I’m just trying to let the kids speak.

It feels like there are echoes of your past work such as Repeat Stuff in the movie—the sense that we’re consumed by content absorption and crafting this idyllic surface-level sheen around our lives through social media. It seems particularly challenging for young girls, who are told by mass media how to look, feel and act. Is Eighth Grade built out of your past work or did you just wake up one day with the idea and start plugging?

This is actually coming from the opposite end. I spent so much time railing against culture and how it affects young people. Rather than working from culture downward this time, I wanted to tell a story of kids living in that culture. I’m satirizing and taking on the culture that she was swimming in.

The truth is, when I do my stand-up and people come up to me after the show, those that most closely understood what I was trying to get at were always young women. They always felt like they most understood it and young women actually built the bridge to me.

How did you find Elsie Fisher? What was the search process like and, as a first time director, how did you talk her through some of the film’s more serious elements?

What do you want audiences to take away from Eighth Grade?

I just want people to feel things. A movie is just trying to give you an experience and make you feel things; it isn’t trying to tell you what to think. I want people to laugh, cry, cringe and once you get out of the theater, hopefully you want to talk about it a little.

What’s next for you? Do you want to keep making movies and, if so, what kind of projects are on the horizon?

I’m not a great multi-tasker. I’ll probably just bang my head against the wall until I figure it out. Probably a new movie or stand-up. 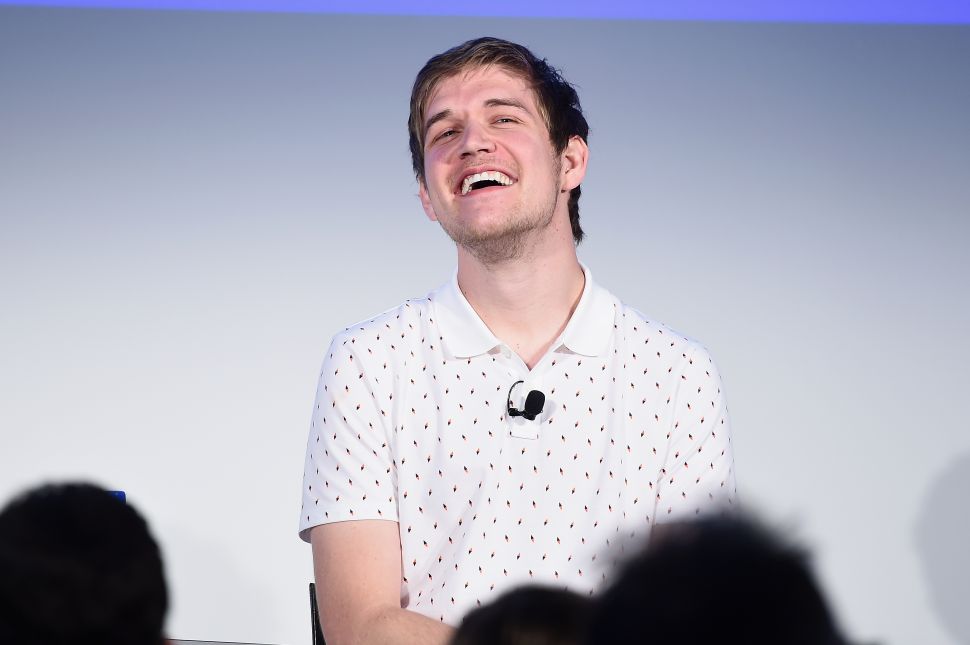