It appears that most legal scholars agree that a president of the United States cannot be indicted while he’s still in office. So, can a sitting president be forced to comply with a subpoena?

While Donald Trump has indicated that he would “love to sit down with Robert Mueller” and tell his side of the story, his lawyers have advised against it. Now that Michael Cohen has directly implicated him in alleged campaign violations, Mueller may force Trump’s hand.

The question of whether a sitting president can be forced to comply with a subpoena is a complex legal issue. On one side of the debate, Rudy Giuliani maintains that Mueller can’t force Trump to testify. “We don’t have to,” Giuliani told ABC News host George Stephanopoulos. “He’s the President of the United States. We can assert the same privilege as other presidents have.”

Giuliani is correct in asserting that Trump is not the first president to face a subpoena. Thomas Jefferson, Richard Nixon, Gerald Ford, and Bill Clinton were all asked to testify and/or turn over documents and recordings during the course of legal proceedings while they were in office. However, the law on whether the current president can be forced to meet with criminal investigators is just as murky as whether or not he can be indicted.

In United States v. Nixon, the U.S. Supreme Court considered whether Nixon should be forced to comply with a subpoena duces tecum by Special Prosecutor Leon Jaworski. The subpoena called for the production of certain tapes and documents relating to conversations and meetings between the president and his staff (previously undisclosed Watergate tapes). The president, claiming executive privilege, filed a motion to quash the subpoena.

By a vote of 8-0, the Supreme Court held that the legitimate needs of the judicial process outweighed presidential privilege.

“Neither the doctrine of separation of powers nor the generalized need for confidentiality of high-level communications, without more, can sustain an absolute, unqualified presidential privilege of immunity from judicial process,” the court held.

In reaching its decision, the court acknowledged the need to protect communications between high government officials and those who advise and assist them. However, it concluded that these interests could be trumped by “the fundamental demands of due process of law in the fair administration of justice.”

The President’s need for complete candor and objectivity from advisers calls for great deference from the courts. However, when the privilege depends solely on the broad, undifferentiated claim of public interest in the confidentiality of such conversations, a confrontation with other values arises. Absent a claim of need to protect military, diplomatic, or sensitive national security secrets, we find it difficult to accept the argument that even the very important interest in confidentiality of Presidential communications is significantly diminished by production of such material for in camera inspection with all the protection that a district court will be obliged to provide.

Nixon eventually turned over the tapes, which proved to be damning for both the aides who had been indicted and for him.

Bill Clinton also lost his attempt to avoid a civil complaint while in office. In Clinton v. Jones, the U.S. Supreme Court rejected Clinton’s argument that participating in the suit would distract him from his official duties. As Justice John Paul Stevens explained:

It is … settled that the President is subject to judicial process in appropriate circumstances. Although Thomas Jefferson apparently thought otherwise, Chief Justice Marshall, when presiding in the treason trial of Aaron Burr, ruled that a subpoena duces tecum could be directed to the President. We unequivocally and emphatically endorsed Marshall’s position when we held that President Nixon was obligated to comply with a subpoena commanding him to produce certain tape recordings of his conversations with his aides. . . .

Sitting Presidents have responded to court orders to provide testimony and other information with sufficient frequency that such interactions between the Judicial and Executive Branches can scarcely be thought a novelty. President Monroe responded to written interrogatories, President Nixon—as noted above—produced tapes in response to a subpoena duces tecum, President Ford complied with an order to give a deposition in a criminal trial, and President Clinton has twice given videotaped testimony in criminal proceedings. Moreover, sitting Presidents have also voluntarily complied with judicial requests for testimony. President Grant gave a lengthy deposition in a criminal case under such circumstances, and President Carter similarly gave videotaped testimony for use at a criminal trial.

The bottom line is that nothing in the Constitution directly suggests that the president can’t be forced to comply with a subpoena. However, as with an indictment, courts may still view a criminal subpoena as impermissibly interfering with the functioning of the executive branch and tarnishing the dignity of the Office of the President, particularly if it requires him to provide oral testimony.

In an 1818 opinion, which the Department of Justice quoted in its 2000 OLC opinion regarding the indictment of a sitting president, Attorney General William Wirt argued that “[a] subpoena ad testificandum may, I think, be properly awarded to the President of the U.S. But if the presence of the chief magistrate be required at the seat of government by his official duties, I think those duties paramount to any claim which an individual can have upon him, and that his personal attendance on the court from which the summons proceeds ought to be, and must, of necessity, be dispensed with.”

Of course, neither of the above cases are directly on point, which means neither Trump nor Mueller can accurately predict how a court would rule. It will be interesting to see if either is willing to take the gamble. 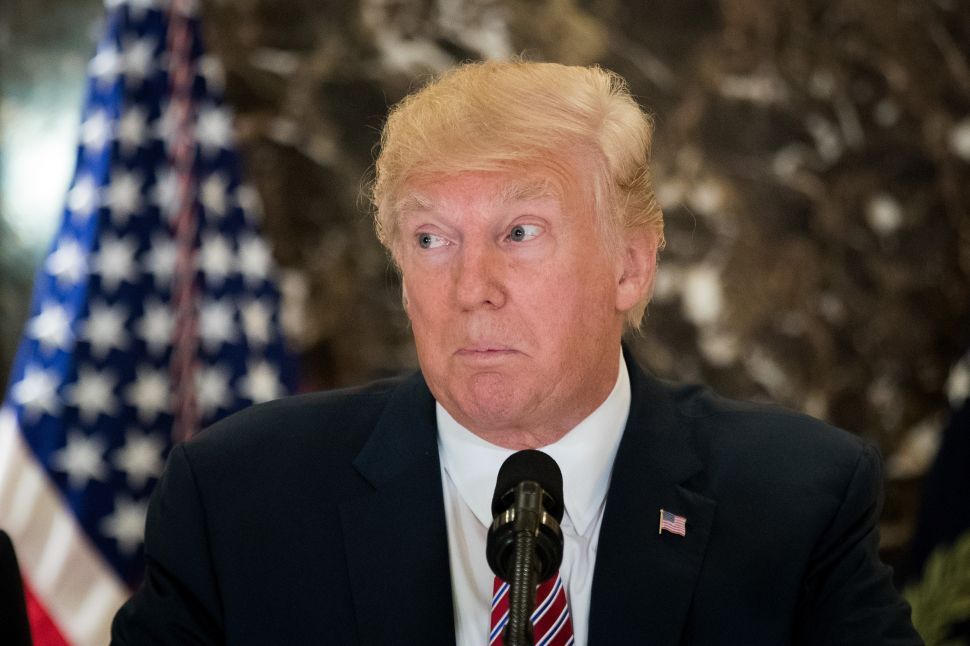