It looks like both conservatives and liberals need a dose of Journalism 101.

Jurors at the Paul Manafort trial surprisingly aren’t sequestered, so reporters are trying to find out as much information as they can about the 12-person team.

That’s a normal part of the reporting process for any journalist. But the right-wing media thinks such requests are actually an attempt to dox the jury and sway them into a guilty verdict.

According to The Village Voice, seven news outlets jointly petitioned the court to obtain the jurors’ names and addresses in order to get post-trial interviews. Jurors in high-profile cases involving O.J. Simpson and Bill Cosby have spoken out in the past.

But Judge T.S. Ellis III refused the request, revealing that he was under the protection of U.S. marshals because there had been threats against his life. He feared for the jurors’ “peace and safety” if their names were revealed.

That’s certainly a fair precaution, and so far, all outlets have complied with the judge’s order. But that hasn’t stopped conservative conspiracy theorists from claiming outlets would publish this information without consent.

The Federalist began the onslaught, claiming that CNN had a long history of doxxing innocent people.

It cited two examples of this: the network’s identification of a Reddit user who posted a viral clip of President Donald Trump wrestling a man with a CNN logo covering his head, and its interview with Trump supporter Florine Gruen Goldfarb, whose Facebook page was hacked by Russian trolls.

But while CNN may have found out the redditor’s name, it never made that information public. And Goldfarb agreed to be featured in the story, which is the exact opposite of doxxing.

Breitbart then took up the mantle, pointing out that CNN had mistakenly revealed George Zimmerman’s address, phone number and Social Security number in an onscreen graphic after he killed Trayvon Martin.

CNN immediately apologized and redacted the document, but Breitbart didn’t mention that.

RedState went even further, claiming in a profanity-riddled post that journalists were engaged in jury tampering.

“These news organizations were telling the jurors ‘we know where you live and if you fuck this up we’ve got you,'” the story read.

Even Disney villain-turned-Twitter provocateur James Woods claimed the “repugnant” reporters had left “a dead fish” on the jurors’ windshields.

It’s easy to dismiss most of this as lunatic ranting. After all, conservative outlets admit they do almost no original reporting and rely instead on “an army of basement-dwelling amateurs.”

But sadly it’s not just a right-wing problem. Fringe liberals are actually guilty of doxxing conservatives for no reason.

The QAnon theory claims government agents with “Q-Level” security clearance are posting on Trump-friendly message boards and telling readers how to stop a massive government conspiracy to take down the president. Anyone who doesn’t support QAnon could be a child trafficker or pornographer.

It’s obviously a ludicrous notion, but that doesn’t mean the people who believe it should be publicly outed and subjected to harassment. Liberal hacktivists who use these tactics are no better than the conservatives who claim journalists are trying to sway the Manafort trial.

Clearly ethics have become increasingly murky in the Trump era. But there are some strategies both sides should agree are off limits. 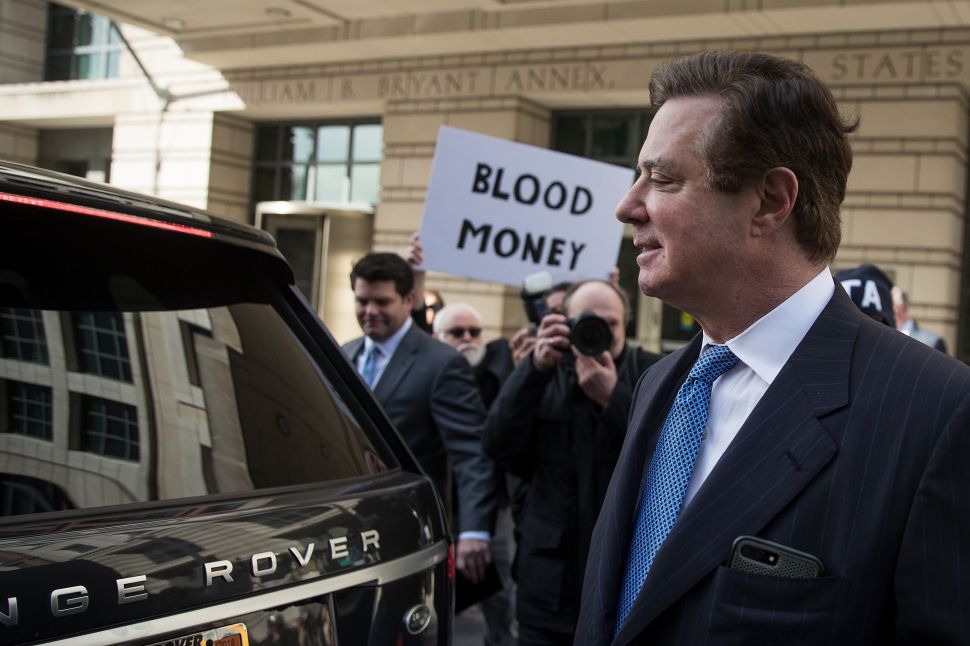