But today and tomorrow, almost 350 newspapers are fighting back by publishing editorials which directly call on Trump to stop attacking the press and to stand by the First Amendment.

The Boston Globe started this effort, and it was soon joined by The New York Times, Chicago Sun-Times and a host of smaller newspapers. (In fact, the Times is linking to all the other editorials in its online story).

“Our publisher has put a stake in the ground on this issue, and at a time when newspapers around the country are under real commercial and political pressure, we think it’s important to show solidarity,” Times editorial page editor James Bennet said.

Broadcast and digital journalists are also taking part. The Radio Television Digital News Association (RTDNA) is encouraging its 1,200 member stations to engage in a “coordinated editorial response” to the White House’s rhetoric.

But what will that response look like? Observer spoke with RTDNA executive director Dan Shelley to find out.

How did RTDNA get involved with this campaign?

We were aware when the campaign was launched late last week, and I was considering whether we should jump in or let this be a print-only effort. But our members started reaching out to me, and it quickly became obvious that we had to participate by calling on broadcast news outlets around the country to join in solidarity with the Boston Globe‘s comments and show that real journalists across the country are not the enemy of the people.

Why was it important for your group to join print journalists in this effort?

Thirty journalists have been physically assaulted so far this year, and the supermajority of them are local TV, radio or digital journalists. The attackers often subscribe to this “fake news, enemy of the people” mantra that is teed up by not just the president, but local officials who attached themselves to it and saw how well it worked in certain constitutencies for the president.

What are your member stations going to say to the president and his supporters?

We’re not giving them a template, but we’re giving them advice that we think will resonate with their viewers. There’s so much tribalism in media these days, but we want to show that run-of-the-mill TV, radio and digital journalists are there to shine a light on community issues. It’s that whole idea of “if not us, then who?” How would you know what’s going on in your community if not for us? We can serve as a catalyst for positive change in communities, and I don’t think we’ve done enough to point that out at the local level.

Media critic and journalism professor Jay Rosen critiqued this editorial drive, noting that “vaguely worded statements about the glories of the First Amendment that fail to mention his attacks do not count.” How do you respond?

We need to do both. We have to call out the president and other public officials every time they issue one of these warrantless attacks on the First Amendment and press freedom, to show that local journalism is essential to the daily lives of every American. The term “fake news” has been weaponized to present information that contradicts peoples’ political beliefs. But thousands of people in radio, TV and digital seek to report the best obtainable version of the truth in service of their readers.

At the same time, the job of people who are actually in the trenches is to demonstrate through transparency how the sausage is made. On air, online or in public appearances, they have to explain how they resolve ethical dilemmas. Then, we’ll get to some understanding between the Fourth Estate and people who resent the media.

That all sounds great, but a new poll shows that over half of Republican voters think the news media is “the enemy of the people.” Will this editorial drive really help that?

It will help if the message is crafted to emphasize how journalists serve their communities. If, on the other hand, the message is only a critique of anti-press statements from the president and his supporters, that will further galvanize people’s entrenched anti-press sentiments.

Whether or not they read or watch what you say, Trump and his supporters will likely just call you fake anyway. So is it worth the effort?

Yes, because this is the critical message of our time. The balance is in danger of tipping from people who find what we do credible to people who constantly fail to believe what we do. That’s a sad state of affairs.

What about those who claim this editorial plan plays right into Trump’s hands and will make him think the press exists solely to oppose him?

The president is going to keep attacking us regardless. Should we allow him to continue to erode confidence in the constitutionally guaranteed duty we fulfill, or should we work hard to rebuild trust with that segment of the population that takes its cues from him? Easy choice. 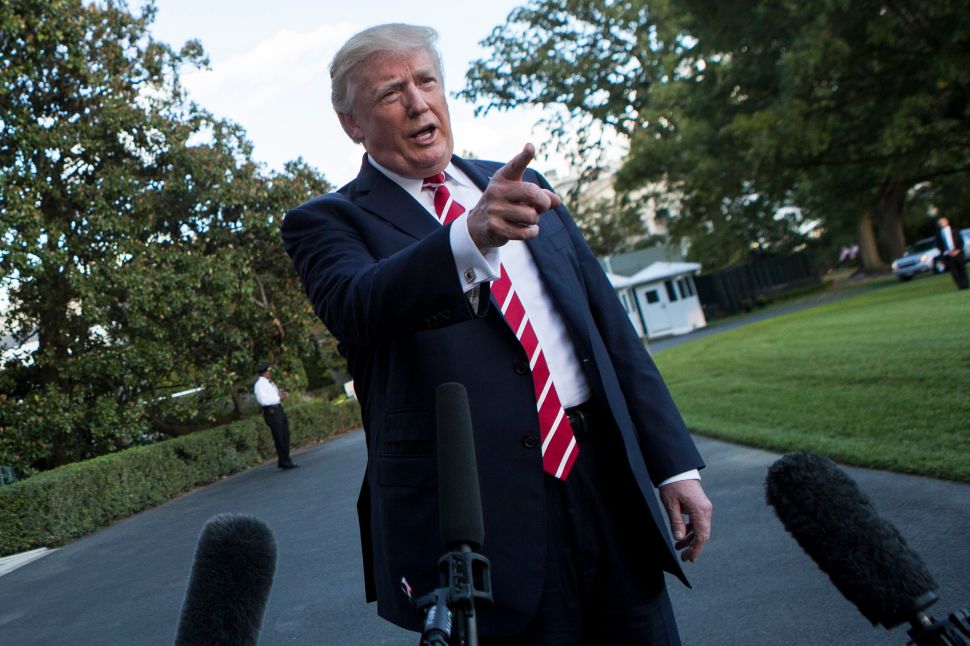