Dozens of goats descended on suburbia in Boise, Idaho on Friday morning.

#Goatgate, Goat-a-Paloza or the Great Goat Escape, as Boise residents are calling it, was first documented by KTVB reporter Joe Parris.

In photos taken by Parris, an ocean of goats was seen grazing on neighborhood lawns, gathering around trees and running through the streets. The reporter estimated there were “about 100 goats on the loose.”

KTV reported that Animal Control arrived with a single truck, only to realize it was ineffective in containing the epidemic of mammals. A truck from the company We Rent Goats had to be brought in as calvary, where the animals were then corralled onboard in a single-file line.

According to the local outlet, the goats escaped from a nearby pasture.

A video of the animals quickly amassed over 100K views on Twitter and was retweeted by prominent media figures, including Fox News host Brit Hume and CNN editor Leigh Munsil.

Observer has reached out to We Rent Goats for comment and will update if we hear back.

This is a direct result of cutbacks in goat food aid. https://t.co/Wg16fco7uH 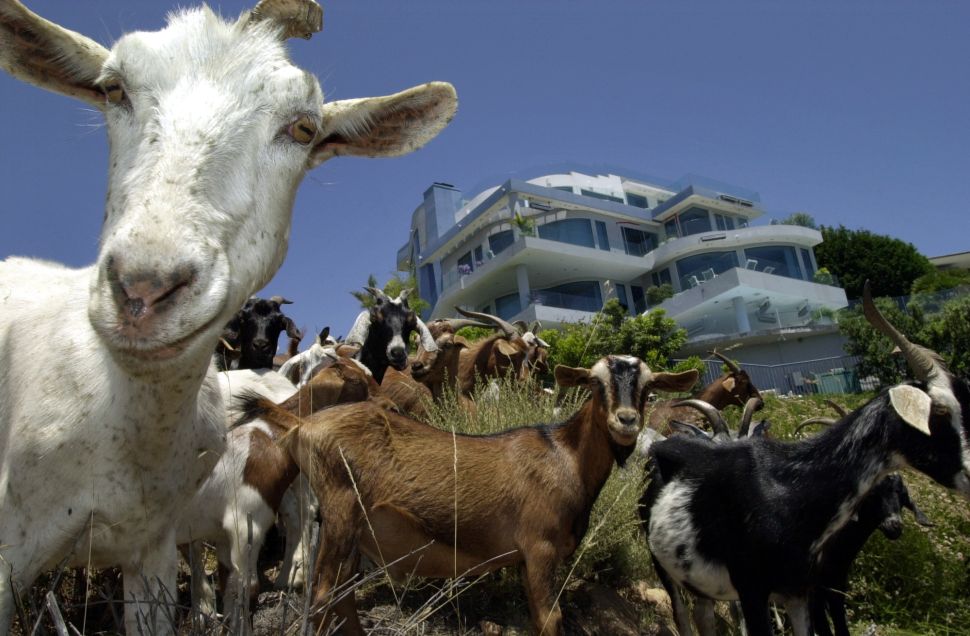