Soon after reports surfaced that the FBI fired Peter Strzok over anti-Trump text messages, the former agent launched a GoFundMe campaign to cover his “hefty–and growing–legal costs and his lost income.”

Strzok first promoted the page from his newly minted Twitter handle—the authenticity of which was verified by The Daily Caller.

Deeply saddened by this decision. It has been an honor to serve my country and work with the fine men and women of the FBI. https://t.co/iET9SbeTrv pic.twitter.com/7VTswzjoxE

“Unlike those who typically become the focus of partisan investigations in Washington, Pete is not politically connected, he’s not a wealthy lobbyist and he’s not interested in using his notoriety for personal gain,” reads the campaign page. “Because of this, he doesn’t have deep pockets that allow him to pay for the significant legal bills he has incurred to defend himself and the FBI against these political attacks, or to easily cover the expenses incurred by his lost income.”

Once a rising star at the bureau for investigating Hillary Clinton’s use of a private email server as secretary of state, and the question of collusion between President Trump and Russia, Strzok became fodder for Republicans after text messages surfaced between him and an extramarital lover. The messages appeared to show partisan bias in the Russia investigation, and the agent was reassigned to the FBI’s human resources department.

“Let me be clear, unequivocally and under oath: not once in my 26 years of defending my nation did my personal opinions impact any official action I took,” Strzok told the House Judiciary and Oversight committees. “I have the utmost respect for Congress’s oversight role, but I truly believe that today’s hearing is just another victory notch in Putin’s belt and another milestone in our enemies’ campaign to tear America apart.”

Shortly after Strzok’s departure from the bureau was announced on Monday, Trump took to Twitter to boast about the outcome.

Agent Peter Strzok was just fired from the FBI – finally. The list of bad players in the FBI & DOJ gets longer & longer. Based on the fact that Strzok was in charge of the Witch Hunt, will it be dropped? It is a total Hoax. No Collusion, No Obstruction – I just fight back! 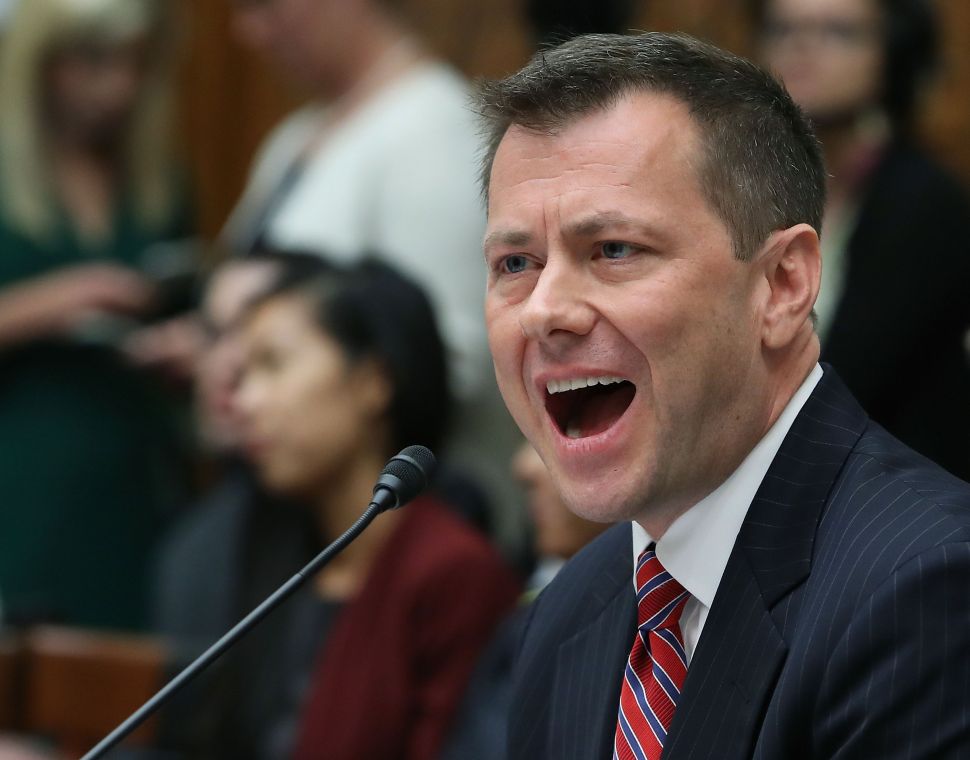