If you watched Fox News over the last 24 hours, you would think it was a relatively normal day in America.

And Shannon Bream analyzed the success of faith-based films at the box office. She even asked her Fox News @ Night guests what questions they had for God.

What @ShannonBream and @FoxNews are talking about following Manafort and Cohen fallout." "[The film] presents God not as a genie or a fairy godmother but someone willing to sit down with a reporter," @MeganAlexander. pic.twitter.com/0ErbO5tnnb

Of course, the wider media world was focused on much more important matters.

Those were both two huge stories that could potentially implicate the president in wrongdoing. But Fox, a longtime Trump cheerleader, largely ignored them.

The hosts of The Five did report on the verdicts when they were first announced. Online, however, there were only brief blurbs with small print (by contrast, the two verdicts dominated the CNN homepage).

Notice anything lacking from Fox? pic.twitter.com/t66UDD2eXW

And soon after the news broke, Fox hosts and guests went into damage control mode. They only brought up the verdicts to downplay them, saying the rest of the media was “overreacting” or that “real Americans” like the people who attend Trump’s rallies don’t care about his associates’ illegal actions.

While Fox was bending over backwards to appease Trump, it also expended a lot of energy on another story: the murder of Mollie Tibbetts.

The 20-year-old college sophomore from Iowa disappeared last month, and her body was found yesterday. An undocumented immigrant was charged with her first-degree murder.

CNN and MSNBC both covered the murder on air before the verdicts were announced—and they have continued coverage online.

But Fox, in particular, latched onto the story of a white woman slain by an “illegal alien.”

Her cronies like Candace Owens, Charlie Kirk and Laura Loomer made similar statements on social media—even after Tibbetts’ aunt told them to stop.

This murder is undoubtedly tragic, and it’s an important story that deserves coverage. But it’s not the only important news. Just because the other big stories of the day show a president that Fox loves in a bad light doesn’t mean the network should weaponize a young woman’s death.

“It comes across as an effort to counterprogram and provide an alternate news item for right wing audiences to gravitate toward while the rest of mainstream media is weighing in on yesterday’s verdicts,” Holt said. “They prioritize this story over a national breaking news story that doesn’t bode well for the Trump administration.”

But mining the Tibbetts murder for ratings also trivializes it.

“It’s being ginned up in a national right wing news bubble, which cheapens the story for political gain,” Holt, who also helped lead the charge to kick Alex Jones off social media platforms, said.

Admittedly Fox isn’t the only outlet guilty of minimizing the Cohen/Manafort news. The Federalist was heavily criticized for its headline: “Jury Fails To Convict Manafort On Majority Of Counts.”

People on social media said this was akin to reporting, “Majority of towers still standing in New York” or “Majority of audience enjoys Our American Cousin without being shot in the skull.”

But Fox’s decision to put Manafort and Cohen’s crimes on the same, lower level as Twitter insults and Christian movies is arguably more dangerous.

“For years right wing media has been very good at filling in their news programming with bread and butter stories about faith and ‘wacky’ liberals to drown other stories out,” Holt said. “They’re throwing everything at the wall and seeing what sticks.”

Indeed, while conservative commentators often talk about the “liberal media bubble,” they’re also guilty of sheltering audiences. Their insistence that negative Trump stories aren’t important or should be ignored puts viewers in a bubble of their own.

“Conservative media truly exists as its own independent information ecosystem,” Holt said. “One of the major narratives in this ecosystem is that its audience shouldn’t trust the ‘liberal media’ or ‘fake news’ and should only turn to conservative voices for the truth. This can have the effect of isolating audiences and conditioning them to accept spin as reality.”

Fox isn’t backing down, however.

“Last time we checked, the Observer is not our assignment editor and we don’t program the network for media bloggers,” a network spokesperson said in a statement. “We’ve been the number one cable news network for more than 16 years, so we must be doing something right with our editorial decisions.” 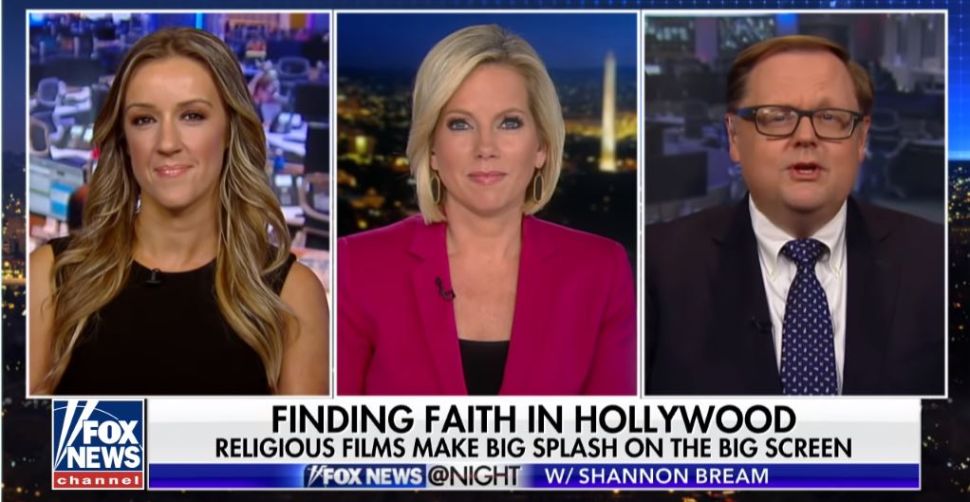