Last week, The New York Times reported that Disney’s live-action Star Wars television series, headed by Iron Man director Jon Favreau for Disney’s upcoming streaming platform, will cost $100 million over the course of its 10-episode run. The show joins a growing list of marquee TV offerings with exuberant budgets. They are the equivalent to big-screen summer blockbusters—and could signal disaster on multiple fronts.

The team behind Netflix’s House of Cards spent $100 million on the show’s first two 13-episode seasons, while The Crown demanded $130 million for its first two 10-episode seasons. HBO will spend upwards of $90 million on the final six episodes of Game of Thrones, and Westworld already costs around $100 million per season. Even Woody Allen’s much-less-watched Amazon series Crisis in Six Scenes reportedly cost $80 million for just six 24-minute episodes. That sunken cost hasn’t deterred the streaming service from pledging a record-shattering $1 billion for its planned five-season Lord of the Rings TV adaptation. For context, the first Deadpool movie cost $58 million.

Prices are skyrocketing across the television industry in conjunction with the arms race for talent and content. Streaming services are not beholden to the same financial restraints of traditional television, leading to increased spending across the board. This is both exciting (TV is finally getting the monetary respect it deserves) and frightening (a profusion of resources in a short time could lead to poor decision making).

It’s like the NBA’s great salary cap hike in 2016, in which every team suddenly found itself with roughly 35 percent more cash to spend. While this led to a more even playing field, it also resulted in a number of teams handing out mega-deals to players who couldn’t possibly live up to their staggering salaries. Many of these deals have become albatrosses on the cap sheets of their respective teams, hamstringing financial flexibility.

That’s exactly what we don’t want in television—big swings and misses that set a streamer or network back. There’s a reason television seems content with rehashing popular ideas from the past 40 years—content is king, and when demand is so high and supply so little, the pay scale suddenly becomes a postapocalyptic war zone.

An even bigger concern is television’s gradual mimicking of the film industry, in which the mid-budget movie is being slowly squeezed out of existence amidst an IP-driven frenzy. Around the turn of the century, the six major film studios were releasing around 200 films per year. Today, that number has shrunk to around 150 as smaller-scale pictures that aren’t based on established concepts become greater financial risks for studios.

Though the number of scripted series in our Peak TV era continues to climb (2018 should support upwards of 500), the mainstream awards bodies seem most inclined to recognize the biggies. Game of Thrones once again leads all series in Emmy nominations this year, with 22—the same number Westworld earned last year. Of the seven nominees for Best Drama, only The Americans has what you’d call a modest-ish budget. Post–Mad Men, the category has been dominated by splashy entries with the full might of a platform’s resources behind them, a trend that likely won’t change anytime soon.

One of Netflix’s most important internal metric is hours watched because it wants to keep us hooked. Apple has lined up an array of intriguing content for its own streaming platform, but given that it’s a newcomer to the content developer game, there’s no telling how successful it will be behind a $1 billion content budget. The streaming world is a battleground crowded with more and more competition. Linear television is fighting to maintain a loose grip on its shrinking viewer base. When you add billions of dollars to the equation, you create a volatile cocktail of explosive elements. The opportunity for big mistakes grows with each comma a network or streaming service adds to its budget.

So where is television heading? It’s certainly getting more ambitious. “Is $20 million-an-hour television possible? Certainly,” Netflix finance chief David Wells, who stepped down this week, told Variety last September. “If you have the numbers of people watching it, we certainly can support that level of quality in terms of TV.” But TV is also in a precarious position. Netflix trades in great episodes of television for great hashtagable moments; HBO is beginning to create new seasons for hits that were intended to be limited series and maybe should have stayed that way (Big Little Lies, The Night Of); the Big Four broadcast networks continue in their struggle to develop complex quality dramas.

Are those problems suddenly going to evaporate with more money? And as networks and platforms strive for the next blockbuster hit à la Game of Thrones or Stranger Things, will viewers see fewer and fewer of their favorite earthbound, character-driven series?

The popularity of the small screen promises more projects, more talent, more diversity. But it also feels like we’re approaching a “too much, too quickly” implosion. It’s like a child star thrust into the limelight and given an infinite allowance. Will TV survive its growing pains? That remains to be seen. 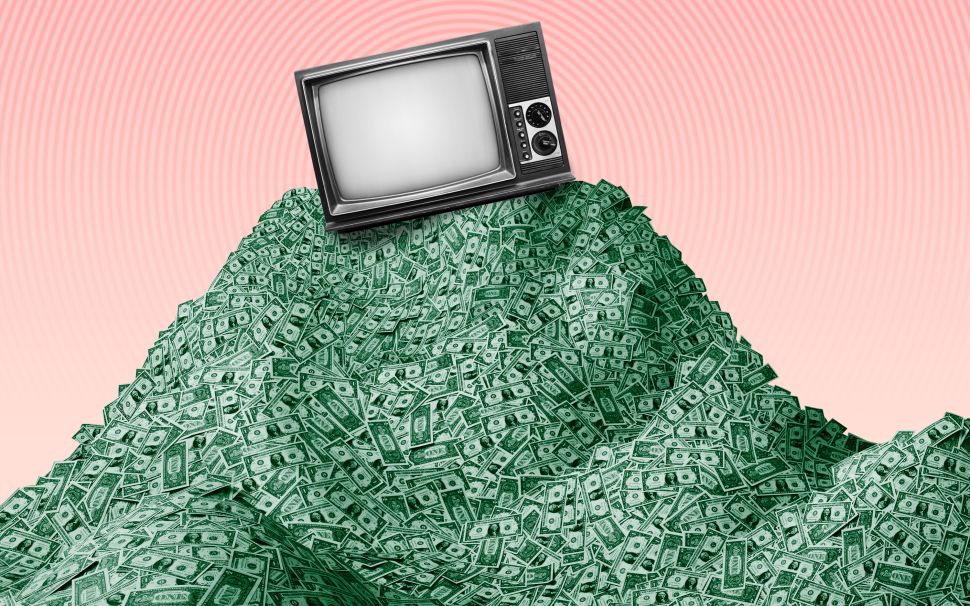