Government surveillance wiz Glenn Greenwald is injecting his Twitter personality back into the news cycle.

As the subject of two recent pieces in The New Yorker and Huffington Post, Greenwald remains as skeptical as ever of the Russia investigation, and continues to strike MSNBC and the network’s host Rachel Maddow over their ongoing coverage of the saga.

“I’m pretty sure I am banned by MSNBC,” Greenwald told Huffington Post. “I used to be invited on constantly during the Bush years, and even into the Obama years. Then it kind of tampered off toward the end of the Obama years, when I was criticizing Obama.”

Greenwald told Observer in an email that he believes he was banned from MSNBC in 2017 because of his “harsh criticism of the obsession of MSNBC generally, and Maddow specifically, with the Russia story, as well as their numerous errors and reckless speculation.”

A spokesperson for the network did not immediately respond to Observer’s request for comment.

Throughout the Trump era, Greenwald has taken an aggressive stance toward MSNBC and Maddow. In July, the journalist published an op-ed in his flagship media property The Intercept titled “MSNBC Does Not Merely Permit Fabrications Against Democratic Party Critics. It Encourages and Rewards Them.” The piece cast questions over the network’s frequent guest Malcolm Nance—a former Naval Officer who accused Greenwald of being “an agent of Trump & Moscow” over Twitter—and the network’s coverage of critics toward the Democratic Party.

No, I'm noting that MSNBC serially lies about people by airing fabricators who invent accusations that people are paid agents of a foreign power. I know that liberals think that lies told by liberal outlets shouldn't be discussed: that was the point of my article.

But tensions with Greenwald and Maddow were not always so strained. In an interview with New York Magazine earlier this year, The Intercept founder recalled his friendship with the cable news host, before shuddering at her career in recent years.

“I used to be really good friends with Rachel Maddow,” he told the publication. “And I’ve seen her devolution from this really interesting, really smart, independent thinker into this utterly scripted, intellectually dishonest, partisan hack.”

Greenwald now frequently appears as a guest on Fox News. 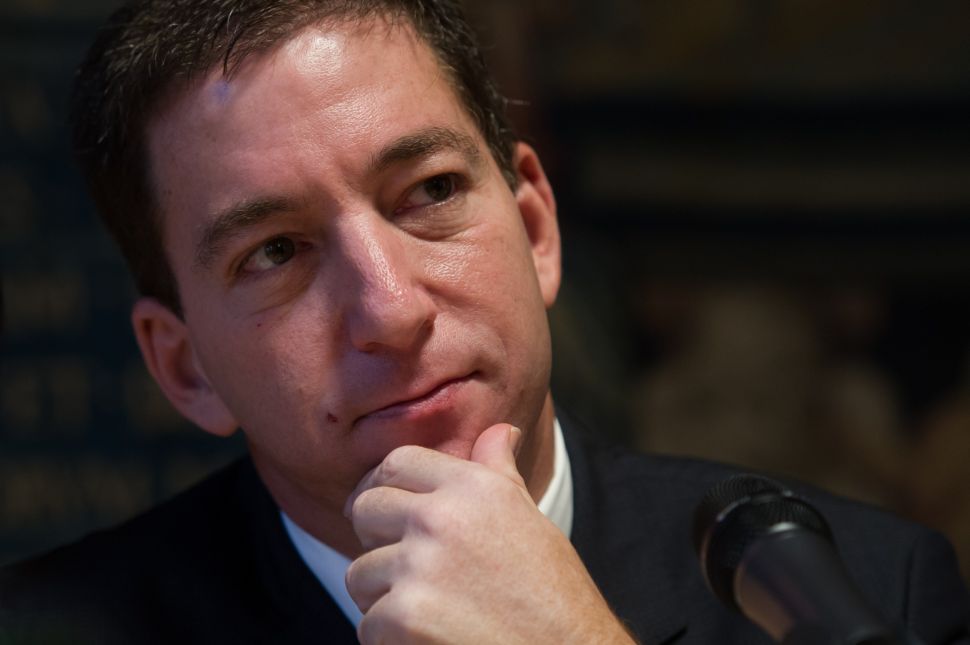