In a series of tweets this morning, Trump accused the search engine of suppressing positive news about him.

….results on “Trump News” are from National Left-Wing Media, very dangerous. Google & others are suppressing voices of Conservatives and hiding information and news that is good. They are controlling what we can & cannot see. This is a very serious situation-will be addressed!

Trump’s source for this claim is apparently PJ Media, a small conservative blog which reported over the weekend that 96 percent of Google search results for Trump are from “liberal media outlets.” Trump favorite Lou Dobbs talked about the piece last night with Diamond and Silk.

PJ’s Paula Bolyard typed “Trump” into Google News and analyzed the results that came up. One red flag is that she cataloged outlets based on conservative journalist Sharyl Attkisson’s media bias chart, which lists The New York Times and The Washington Post as far left.

“While not scientific, the results suggest a pattern of bias against right-leaning content,” she wrote.

“The fact that my original articles don’t show up in Google News, but people who aggregate them or cover them do, has sold me pretty hard on the fact that Google manipulates everything,” Gateway Pundit reporter Cassandra Fairbanks told Observer.

Now Trump has taken up the cause, and his team is following suit. White House economic adviser Larry Kudlow said on Tuesday that the administration was “taking a look” at ways to regulate Google.

But the Google algorithm may not be as malicious as the president makes it out to be.

Publishers select the stories they want Google’s algorithm to consider. The system “promote[s] original journalism” and “expose[s] users to diverse perspectives” on search terms, Google said. To that end, original reporting gets priority over aggregation or commentary.

Google uses automated programs called “spiders” to crawl through the internet and feed pages into its search engine. It indexes news stories based on keywords and controls what articles appear first in searches.

“There has always been the notion that some of these core algorithmic features could be overridden in certain situations to promote or suppress content based on Google’s hierarchy,” Ken Wisnefski, CEO of SEO and digital marketing agency WebiMax, told Observer.

But Google’s promotion of negative commentary about Trump doesn’t mean its algorithm is biased. It only works off the results it’s given—and in light of the McCain controversy, most stories about Trump have been negative lately.

Results can also vary based on the browser a consumer is using—news stories on Firefox are different from those appearing on Google Chrome, for example.

And of course, the news results also feed off what users have clicked on before. So if Trump has read negative stories about himself in the past, the algorithm will show him more because that’s what it thinks he wants.

Wisnefski said that if Trump’s team is serious about going after Google, they have to take all these variables into account.

“If it was really dug into, they might find there’s something there,” he said. “But he could also get on Google’s bad side and just make things worse.”

Certainly some might say that making things worse is Trump’s specialty. Maybe he can Google a solution. 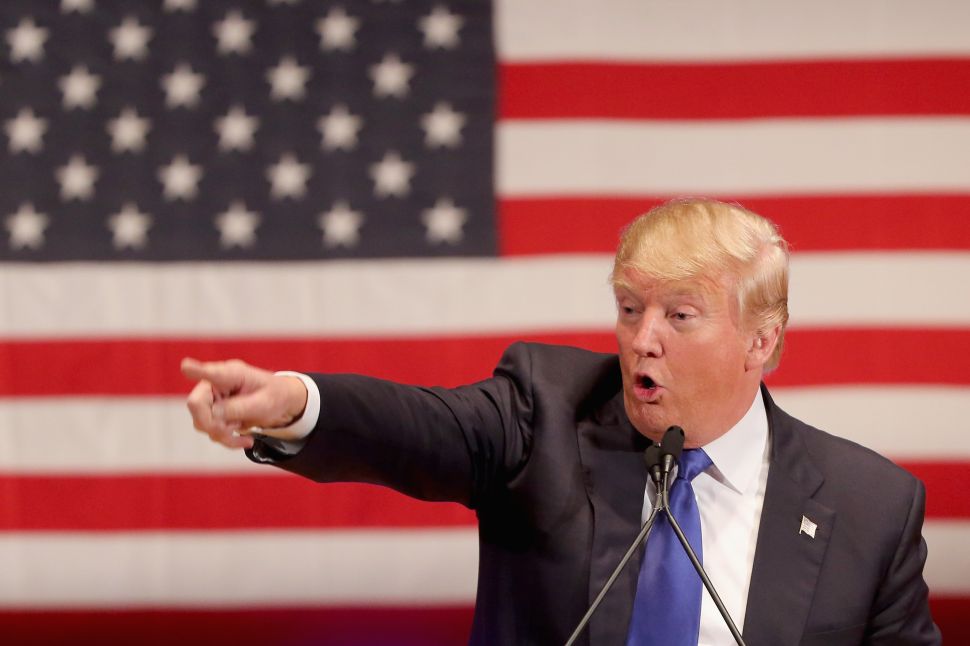