An actor who briefly appeared on Vanderpump Rules has joined the ranks of “celebrities“ sympathetic to or openly supportive of the conspiracy theory-obsessed online right, The Daily Beast reported on Monday.

Isaac Kappy, who refers to himself on his Twitter profile (which features a link to an 8chan QAnon message board) as an “Artist, Lover, [and] Fighter,” has been a guest on Alex Jones’ InfoWars radio show and came under fire for accusing Hollywood movie stars of pedophilia, Tom Hanks the most prominent among them.

“Kappy claims he once found a Facebook page offering a new car in exchange for membership in the Illuminati,” Beast reporter Will Sommer writes. “The next day, a man at a party bragged about his Tesla, then made fun of Kappy for driving a Hyundai. Kappy took that as an offer to join the Illuminati.”

Kappy’s brief tenure on Vanderpump Rules consisted of a stint as bandmate to Tom Sandoval, one of the reality series’ major players. Sandoval and Kappy’s band, Charles McMansion, only ever released one song, an upbeat club-pop effort called “T.I.P.” (that’s short for “Touch In Public”). In 2016, Sandoval told Ellie Shechet at Jezebel, “I don’t like to talk about politics,” but confirmed he’d “probably” vote for the Democratic candidate in the presidential election.

The Vanderpump Rules cast aren’t known for their radical views, although presiding restaurateur Lisa Vanderpump is a vocal advocate for LGBTQ rights—every year, Vanderpump throws parties at her West Hollywood businesses, Pump and SUR, in celebration of the Los Angeles Pride Parade.

Discussion of political affiliation on the show has been, at best, cursory.

In season four, reliable shit-stirrer Scheana Shay said she wasn’t a feminist during an argument with cast members James Kennedy and Lala Kent. In a follow-up interview with SheKnows, Shay clarified her remarks.

“I guess in a sense, I am a feminist, but I meant in this situation, like, I’m not an extremist,” Shay said. “I know what feminism is, but I’m not all women empowerment, marching in the streets. I’m not a die-hard girl’s girl. I’m more about what’s right than having the girl’s back no matter what.” OK!

Kent, who has in turn has spoken out about women’s empowerment and insulted her fellow cast members’ bodies to their faces, told NYLON magazine she’s uncomfortable with the “feminist” moniker because it puts too much pressure on her to be perfect. Fair!

“The Man is always coming and trying to suppress us, and even though I love my man dearly, if he or anyone else, ever dictates who, what, when, and where my life is at… I’ll be damned,” Kent said.

Vanderpump Rules is currently shooting its seventh season, and while a premiere date hasn’t been set yet, it’s likely new episodes will air sometime this winter. Because Kappy is not a full-time cast member and only appeared once several seasons ago, it’s unclear whether his affiliation with InfoWars and QAnon will be brought up on the show. 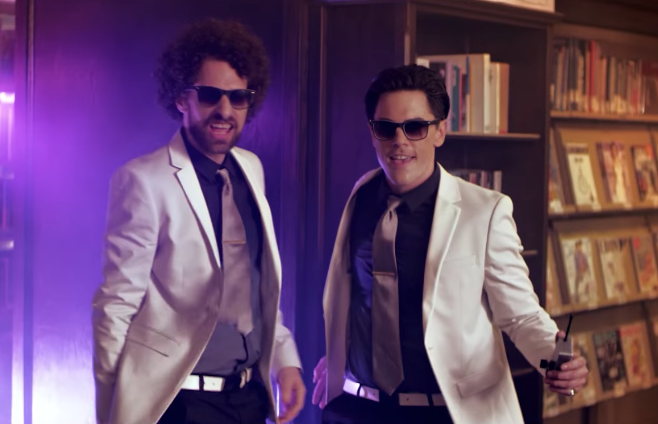