Jack Ryan offers a window into the future of Amazon, and that future is paved with ambition.

When Amazon first broke the news that it had purchased Paramount TV’s redeveloped take on the beloved Tom Clancy books, many were skeptical. Co-showrunner Carlton Cuse (Lost) was a capable veteran, but the title hadn’t connected with audiences in years (the less said about Chris Pine’s 2014 Jack Ryan: Shadow Recruit, the better). Still, bringing a well-known and established name-brand property to the fledgling streaming service, which had yet to produce a breakout with broad appeal, was enticing. Everyone loves an American hero, and despite the critical acclaim showered on Amazon’s Transparent and The Marvelous Mrs. Maisel, the two series weren’t capturing the zeitgeist as firmly as the competition on HBO, FX, and Netflix.

In an effort to find the next Game of Thrones or Stranger Things, Amazon sunk more than $60 million into the first season of Jack Ryan and has already placed a second-season order. So, was all of that money, meant to redefine Amazon as a home of blockbuster content, well invested? Yes and no.

Let’s start with the bad.

When Jack Ryan hits Amazon on August 31, viewers will quickly recognize many of the tropes that broadcast and cable have been employing in the genre for years. For all of the expansive possibilities of geopolitical action thrillers, TV seems content to mine the tried-and-true material: Middle Eastern terrorists, clock-ticking plots, and self-righteous, morally incorruptible heroes who struggle to keep their personal and professional lives separate. Sure, 24, Homeland, The Blacklist, Tyrant and Quantico are all of the moment. Overlap is inevitable. But does it all have to feel so uniform? Drone strikes, intelligence gathering and conflict in the same region are ceaselessly topical yet also, apparently, interchangeable. Other than Jack’s (John Krasinski) iron sense of ethics, it’s hard to pinpoint a defining characteristic of the series.

Tension looms and curiosity builds as the first six episodes unfold, but none of it is exactly cutting-edge. There is no central mystery as gripping as Brody’s (Damian Lewis) allegiance in Homeland or any emotional thread as compelling as his relationship with Carrie (Claire Danes). Though the script goes out of its way to set up a connection between Jack’s love interest (played by Abbie Cornish) and his work, it mostly feels like a brief stint somewhere in the middle of a round-the-world trip. It’s just a bit of kissing amid the gunfire.

Still, Jack Ryan makes sense as an expensive bet for Amazon. As the streaming service transitions to more mainstream fare, the handsome face of Krasinski as an American CIA analyst-turned-action hero hunting down terrorists is an easy sell; there’s a reason he just narrowly missed out on playing Captain America. This is the type of patriotic star-spangled serving the masses love to chew on. Thankfully, Cuse and co-creator Graham Roland manage to imbue the proceedings with enough extra oomph to make it worthwhile.

Krasinski was a smart choice—you can see the aw-shucks charm that made his Office character, Jim Halpert, so lovable peeking through Jack’s armor of self-seriousness. Tyrant and Quantico could be so dizzying and nonsensical at times that it’s actually refreshing to watch Jack Ryan‘s straightforward story unfurl. The excitement level picks up every time a light bulb goes off in Jack’s head, and while his detective work may not exactly be Sherlockian in execution, it’s intriguing to see the legwork. The wheels of bureaucracy turn slowly, even in the face of potential disaster—it’s quite clear that the hero’s methodical origin story is far better suited for the long eye of television than for the quick thrills of film. It helps that Ryan’s foil, Suleiman (Ali Suliman), is pieced together in traditional and nontraditional ways. Despite a tragic backstory, Suleiman doesn’t carry a grudge against the West throughout his life. It is only well into adulthood that systemic racism and a broken justice system lead him to radicalization. He makes for a formidable Big Bad. His wife, Hanin (a very good Dina Shihabi), is positioned as a concerned yet heroic mother rather than a victim. She must determine what is best for her divided family in the most extreme of circumstances.

But it’s Wendell Pierce’s James Greer who emerges as the show’s most compelling character. As Jack’s boss and a former case officer for the CIA, Greer has been brought home from overseas and parked behind a desk after a controversial screw-up that pissed off his superiors. His tough, realistic appraisal of the global landscape juxtaposes nicely with Jack’s boy-scout idealism; you wonder if our protagonist is rubbing off on him or if it’s the other way around.

It’s easy to see where all of the money went; Jack Ryan is shot in 11 countries across three continents. The budget that went into the series shines through on the screen. The action sequences in the first few episodes put the combat in 24 to shame. You won’t see anything like it on broadcast TV. Under the watchful eyes of Cuse and Roland, Jack Ryan is well paced, toggling between action, tension and humor. It’s easy and focused and avoids getting sidetracked by aimless subplots.

There’s nothing niche about Jack Ryan—it is designed to appeal to as many different audiences as possible. It’s as big as Transparent and Marvelous Mrs. Maisel are small. That doesn’t mean it’s the epitome of prestige TV (like Game of Thrones) or that it will come out of nowhere to take viewers by storm (like Stranger Things). But it’s a good start for the new era of Amazon, a sign that it’s ready for more adventurous, large-scale endeavors. It’s efficient in its execution, even if it’s all a bit standard. 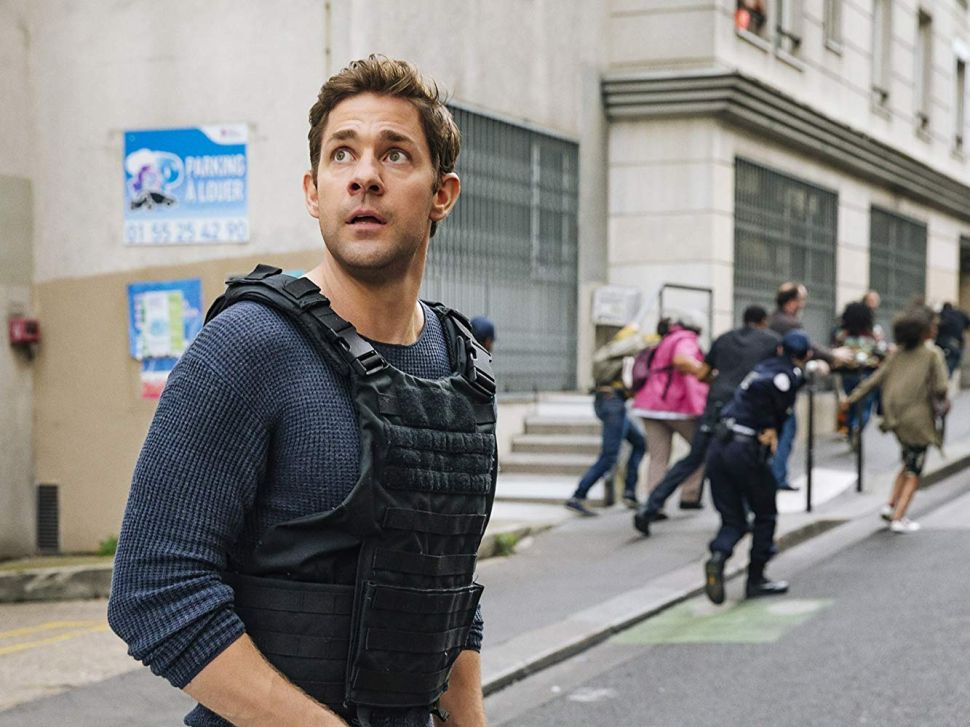