You will not find a red room in Jamie Dornan’s Hollywood Hills home, but it does offer enough glassy walls and sleek, sharp edges that Christian Grey would surely approve.

Dornan and his wife, actress Amelia Warner, scooped up the 2,510-square-foot Los Angeles house for $2.84 million in 2016, a year after the release of the first Fifty Shades of Grey film, which Dornan starred in with Dakota Johnson.

But Dornan’s modern abode on Nichols Canyon Road is now up for grabs, with an elevated $3.2 million price tag attached. Apparently, Dornan and Warner simply aren’t spending much time on the West Coast, as they are primarily located in the United Kingdom.

The four-bedroom, four-bathroom home was originally built in 1959, but has been modernized and expanded over the years, per the listing held by The Agency broker Jeff Kohl. The interiors of the home are situated around a glass-walled box atrium, with flowing underneath (very zen).

Floor-to-ceiling glass doors lead directly to the pool and spa area outside, as well as the deck and fire pit. The entertaining and living rooms are open, divided only by an oversize modern stone fireplace.

The master suite has a walk-through closet as well as a bathroom with double sinks, a sculptural tub and a separate shower. It also has private access to the outside spaces, via even more glass doors.

The house’s small study is nothing compared to the library in Christian Grey’s Seattle apartment, which Dornan previously said was the room he’d want in his home if he “had huge sums of money.”

No news if the Irish actor owns any other real estate in Los Angeles or if he’s planning to buy anything new at the moment. But the couple does own a five-bedroom residence in England, in the Cotswolds—the same area where Prince Harry and Meghan Markle lease a country estate. 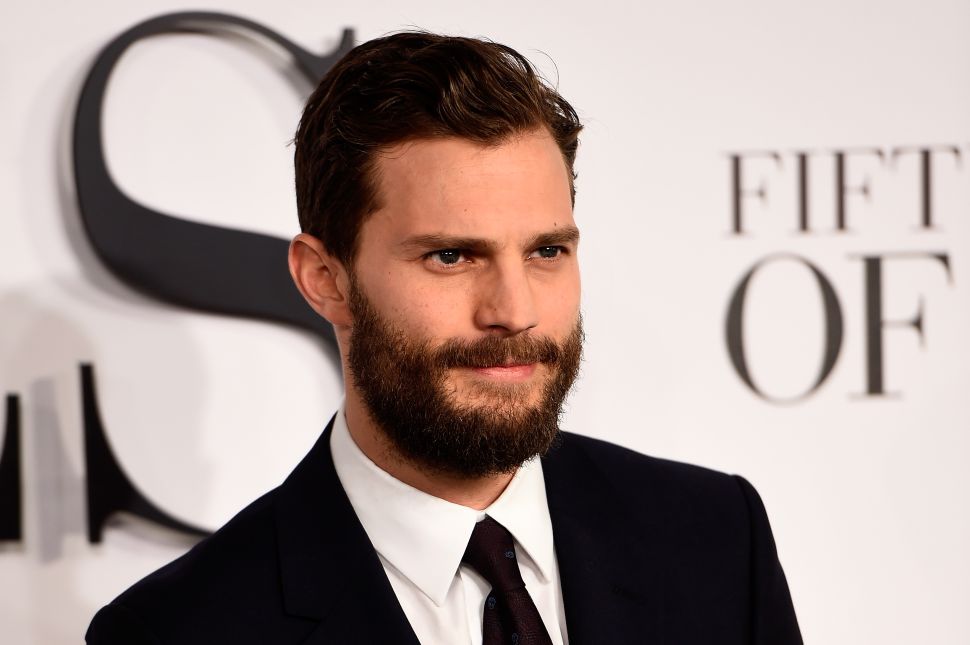