Bonhams didn’t disclose the name of the buyer.

The previous sales record for this type of spirit occurred in January of this year at the Sotheby’s Finest & Rarest sale in Hong Kong, where a 50-year-old Yamazaki fetched $298,879, almost doubling the maximum pre-sale estimate.

The vintage Yamazaki whisky at these auctions was produced by Japanese brewing and distilling giant Suntory in its Yamazaki distillery in Japan’s Osaka Prefecture. The 50-year-old bottles are the oldest Yamazaki on the market and the most coveted by collectors—only 50 bottles were made and released in 2005.

Suntory has been releasing limited editions of Yamazaki whisky every year since 2014, selling for anywhere between $300 and $600. The more affordable regular bottles, aged 12 years or younger, can be bought for $60 to $110 on the market.

In the broader vintage spirits world, the most expensive bottle sold, so far, has been the 60-year-old Scottish Macallan Valerio Adami-1926, which was sold for a jaw-dropping $1.1 million in May this year. The record topped another Macallan bottle at the same auction, Macallan Peter Blake-1926, which fetched $1 million.

World records for vintage wine and liquor sales have been renewed over and over again this year so far, thanks to a soaring demand for collectibles and investing.

“Passion for Bordeaux gave way to feverish demand for Burgundy, and demand for vintage whisky skyrocketed,” Wine Spectator recently analyzed. “A relatively stable stock market contributed to the bidding euphoria. With the auction market booming, many collectors decided that this was an apt time to sell.”

“So long as the economy continues to be stable, it should be a very strong season with great collections attracting strong demand,” Jamie Ritchie, worldwide head of Sotheby’s Wine, told Wine Spectator last month. He expected whisky—both Scottish and Japanese—to perform even more strongly in future sales. 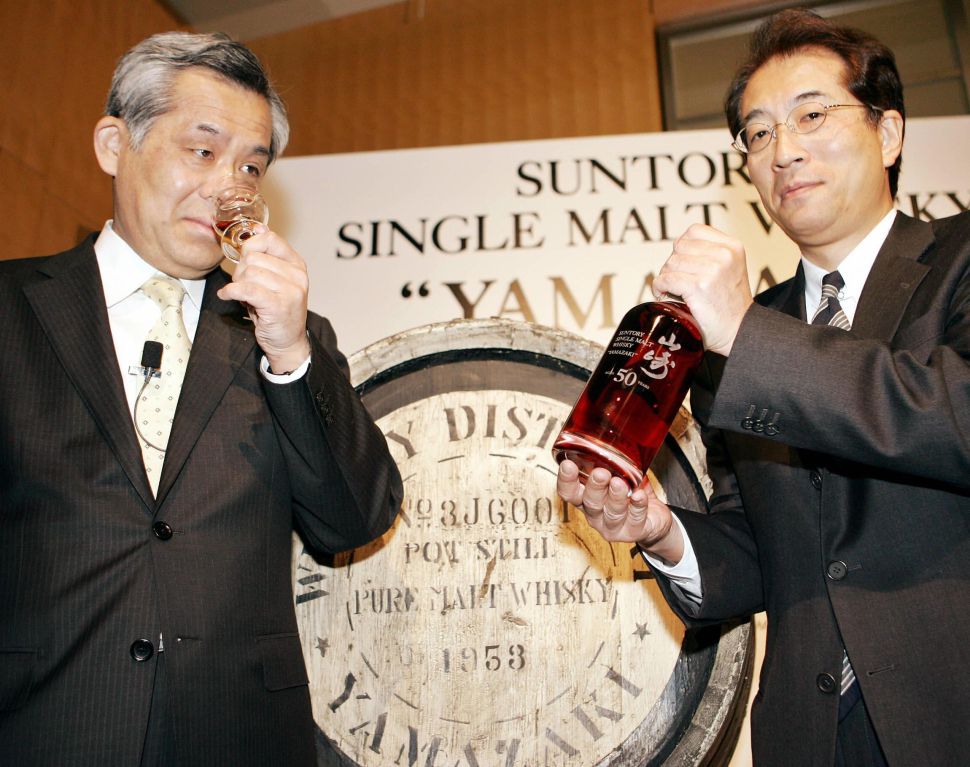