Joe Jonas turns 29 this week, and he already celebrated the occasion with a reported $10,000 worth of Don Julio 1942, champagne and vodka at a club in Miami with his fiancée, Sophie Turner, and brother Nick. He’s also planning to earn it all back by selling his Sherman Oaks abode, because it’s all about balance.

Jonas bought the 5,600-square-foot farmhouse-style home for $3.7 million in February 2016, but now he’s decided it’s time to say farewell. The $4.25 million haul he’s hoping to bring in with the four-bedroom, six-bathroom residence, known as The Sutton House, would definitely cover those boozy expenses.

We’re not sure why The Voice coach wants to part with this Los Angeles home, which was brand-new when he purchased it, but perhaps he and Game of Thrones actress Turner are looking for a place better suited for married life. Does the couple really need a room mostly dedicated to Jonas Brothers and DNCE photos, records and random memorabilia?

Nick will probably be perusing new homes soon, too, now that he’s engaged to Meghan Markle’s pal Priyanka Chopra (he actually shared the Sherman Oaks pad with his brother at one point).

The kitchen is equipped with black lacquer cabinetry, a breakfast island, gray marble backsplash and Wolf and SubZero appliances. A separate dining room is furnished with a picnic-style table perhaps intended to echo the house’s aesthetic.

The master suite has its own fireplace, as well as a black paneled accent wall and a large sitting alcove (Turner did not add her own Iron Throne to her fiancé’s digs). The walk-in closet has marble finishes, and the bathroom contains a steam shower with subway tile and a black standing soaking tub.

“The Sutton House is an incredible property and frankly the standard for what a modern farmhouse should look like,” Westside Estate Agency broker Carl Gambino, who has the listing, told Observer via e-mail. “In a sea of cookie-cutter homes, this house is a spectacular display of design, comfort and luxury.”

There’s another fireplace in the living room, plus built-in white shelving and custom black-framed barn doors that lead to the outside areas. The property only spans 0.25 acres, but it includes a separate guest house adjacent to the pool and Jacuzzi with a bathroom.

Another selling point: the home theater, which is outfitted with a patterned carpet and wall treatments, and rows of cushy black leather seats. Imagine screening Jonas Brothers: The 3D Concert Experience there!

No news on if Jonas and Turner have purchased a home together in Los Angeles yet, but they might be turning their attention to the East Coast—they were touring apartments in the $5.25 million to $6.23 million range in Greenwich Village back in February. 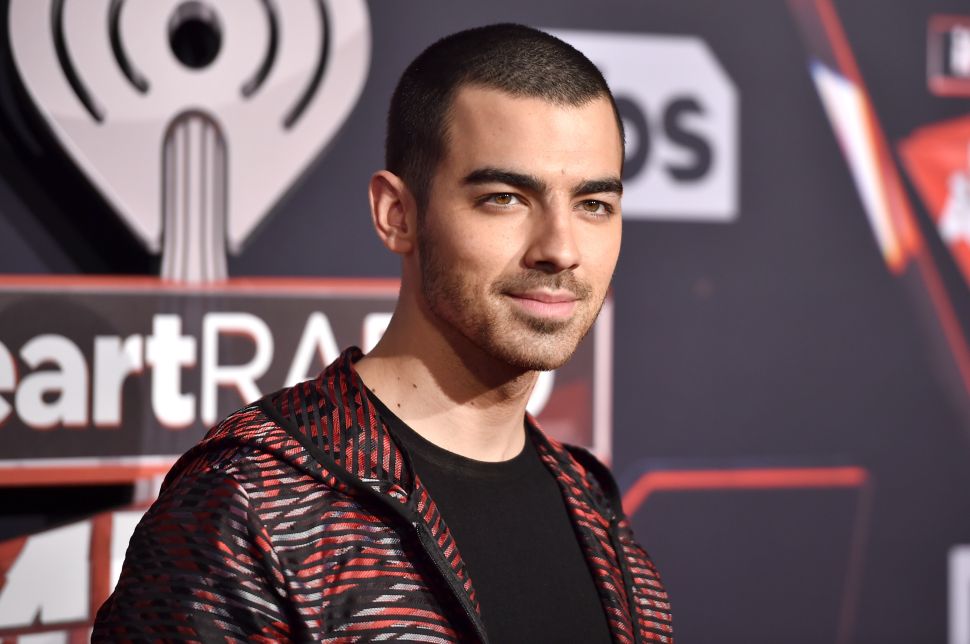