An odd amalgam of broad comedy and cacophonous violence, this riff on Abbot and Costello meet The Bourne Identity becomes somewhat essential late summer viewing for one reason and one reason alone: Kate McKinnon.

As Morgan, a flailing actress and former New Jersey circus camp standout who becomes blissfully swept up into a world of high stakes international intrigue and bloodshed, the Emmy-Award winning actress is so ceaselessly inventive, so honest and outrageous, that literally every moment she is on screen is a cause for surprise and enchantment. It is a performance elastic enough to bridge the bizarre tonal shifts of a film that careens between diarrhea humor and point-blank bullets to a bad guy’s head faster than a speeding Citron. Moreover, McKinnon carries within her nimble frame a fusion reactor of delight and can-you-believe-we-are-getting-away-with-this gusto that elevates audience enthusiasm whenever it starts to waver, something that happens routinely as the film’s body count climbs progressively skyward.

Ideally though, the movie would be more of a two-hander. Not only is The Spy Who Dumped Me being sold on the back of “sisterhood above all else,” but it purports to actually tell the story of Mila Kunis’ Audrey, a relatively unremarkable health food store clerk whose most notable qualities are whom she dates and with whom she’s friends—and the depth of her commitment to her friendship with Morgan.

We discover before Audrey does that Drew (Justin Theroux), the douchey guy who dumped her with a tersely worded text, is a man of mystery capable of snapping guys’ necks as if he were opening a jar of pickles. When he tasks his ex with delivering some top-secret info to a contact in an Austrian cafe, Audrey and Morgan set out for an overseas adventure that produces as many corpses as it does stamps on their passports. (It’s never explained how the moderately employed pair, who don’t seem to have a plethora of life skills, afford all that travel.)

That one of the film’s two funniest scenes—when the women confess every embarrassing fact they know about each other while being strung up by a sadistic former gymnast turned assassin (Ivanna Sakhno)—is essentially making light of torture illustrates how thin a tonal razor wire The Spy Who Dumped Me is forced to walk. Fortunately, relief from the explosive and bloody hijinks comes via Morgan’s regular phone calls to her delightfully distracted parents Carol and Arnie (played with aplomb by Jane Curtin and Paul Reiser). The film may have been equally if not more successful had it been Morgan, Carol and Arnie’s European Vacation.

The “chicks before dicks” ethos that permeates the film is unnecessarily dealt a blow by a final-act romantic angle that leaves the impression that The Spy Who Dumped Me doesn’t trust its own message. As a result, the film is ultimately less about female empowerment—or even gaining women purchase in a genre that has long been dominated by dudes whose gym-toned muscles ripple in tight black teeshirts. Perhaps it is just a platform for a singular actress who has blazed her path on television but has thus far remained underutilized on the big screen, and that’s more than enough.

Or as McKinnon’s Morgan puts it when she first encounters Gillian Anderson’s British spy boss and goes all fan girl, “I have so much respect for you that it’s circled around to objectification.”

Kate, we know exactly how you feel. 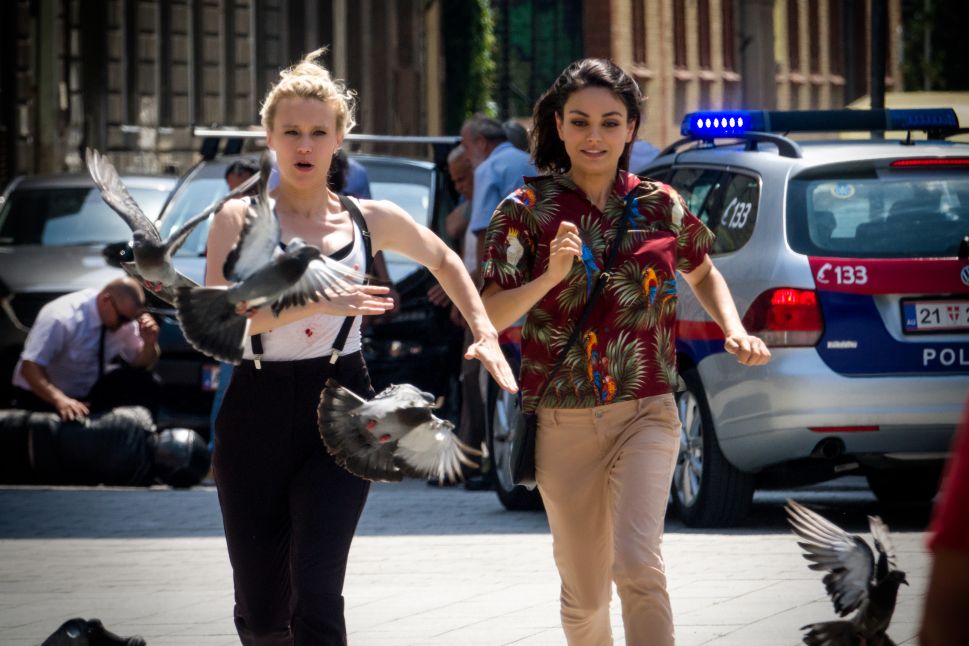