After a segment on her Fox News program Wednesday night in which she bemoaned the role that immigration, legal and otherwise, has played in the demographic makeup of America, host Laura Ingraham received an endorsement of a particularly dubious distinction.

“One of the most important (truthful) monologues in the history of the MSM,” wrote David Duke, in a since deleted tweet. Needless to say, seeing your views on immigration, or anything for that matter, being echoed by the former Grand Wizard of the Ku Klux Klan wouldn’t typically be a point of pride, a  concept many in the media were quick to note. “Laura Ingraham’s Anti-Immigrant Rant Was So Racist It Was Endorsed by Ex-KKK Leader David Duke,” wrote the Daily Beast.

It would indeed be difficult to call the piece in question anything short of racist, with Ingraham suggesting that the very idea of America itself is somehow fixed to a certain immutable percentage of its population being white. Edge too close to the whiteness quorum and then, well, Ingraham explained:

“In some parts of the country, it does seem like the America that we know and love doesn’t exist anymore,” she said over footage of farmworkers and men scaling a border wall.

“Massive demographic changes have been foisted upon the American people. And they’re changes that none of us ever voted for, and most of us don’t like,” she continued. No source for either sentiment was provided.

“From Virginia to California, we see stark examples of how radically in some ways the country has changed.” Not just illegal immigration, she clarified, but the legal kind as well.

While the Duke tweet certainly helped point out just how racist Ingraham’s broadside was, people almost needn’t have bothered resorting to guilt by association. The opinion she expressed, that America is and should remain a white country, is no longer solely the provenance of the KKK or the type of far-right marchers that are set to gather in Charlottesville, Virginia this weekend on the anniversary of last year’s deadly Unite the Right Rally. Ethno-nationalism is synonymous with conservatism at this point. In fact, it may be its chief issue.

Ingraham herself is no stranger to this type of strident anti-immigrant, racist commentary, nor is it her first time finding herself in agreement with a hateful white nationalist.

In January of this year, she shared a tweet to her two million plus followers from British far-right political activist Mark Collett, which suggested immigration to Europe was to blame for the decline of society in Paris. A full accounting of Ingraham’s greatest hits of xenophobia would take too long to compile, but that’s exactly the point. When one of Fox News’ most popular hosts—a woman who endorsed President Trump at the Republican convention and recently called the detention centers where immigrant children were being held in “summer camps”—can share such an opinion freely and regularly on her popular news program, there are no longer any consequences for doing so.

In March of this year, he presented a segment on his own program that echoed much of Ingraham’s rhetoric. Demographics in America, he said, are changing “bewilderingly fast without any real debate on the subject.” A small town in Pennsylvania, he noted, had seen a significant increase in its hispanic population over the course of the past 16 years.

“No nation, no society has ever changed this much this fast,” he went on. “This is more change than human beings are designed to digest. This pace of change makes societies volatile, really volatile.” Again, no specifics for the broad, sweeping assertions were offered.

Elsewhere, Steve King of Iowa, a sitting U.S. congressman, has continued to share a wealth of overtly racist material on his Twitter page, including retweeting a neo-Nazi himself, actions for which Speaker of the House Paul Ryan has declined to censure him in any significant way. Corey Stewart, the Republican candidate for Senate in Virginia with ties to Jason Kessler, a white nationalist organizer of the Unite the Right, is a proud defender of Confederate symbolism and has praised Southern secessionism in his campaign.

White nationalism, xenophobia, racism and a fear of so-called “white genocide” have increasingly moved out of the sketchier corners of the far-right and disreputable online forums, and become entrenched in establishment discourse. Credit much of that to Donald Trump, whose campaign for president began with calling Mexicans rapists and has only devolved further from there over the course of his administration as he’s attempted to draw a direct parallel between the concept of “animal” immigrants and criminality, not just in America, but in Europe as well. It’s rhetoric that has played well on Fox, in particular, where they regularly run headlines like “The effects of crime by illegal immigrants” and “American victims of illegal immigrant crimes.”

It’s not hard to see why news personalities like Ingraham and Carlson, or politicians like Trump, have continued with such discourse. It seems to be really popular. No matter how deep into the muck of xenophobia Trump wades, he maintains a historic approval rating among Republicans. Clearly when they talk in terms like this, it’s not doing anything to turn off the base. It may be the reason they rallied to him in the first place.

So no, there was nothing particularly surprising or out of the ordinary about Ingraham’s anti-immigrant rant. Xenophobia and racism are no longer on the fringes anymore, they’re the main attraction. 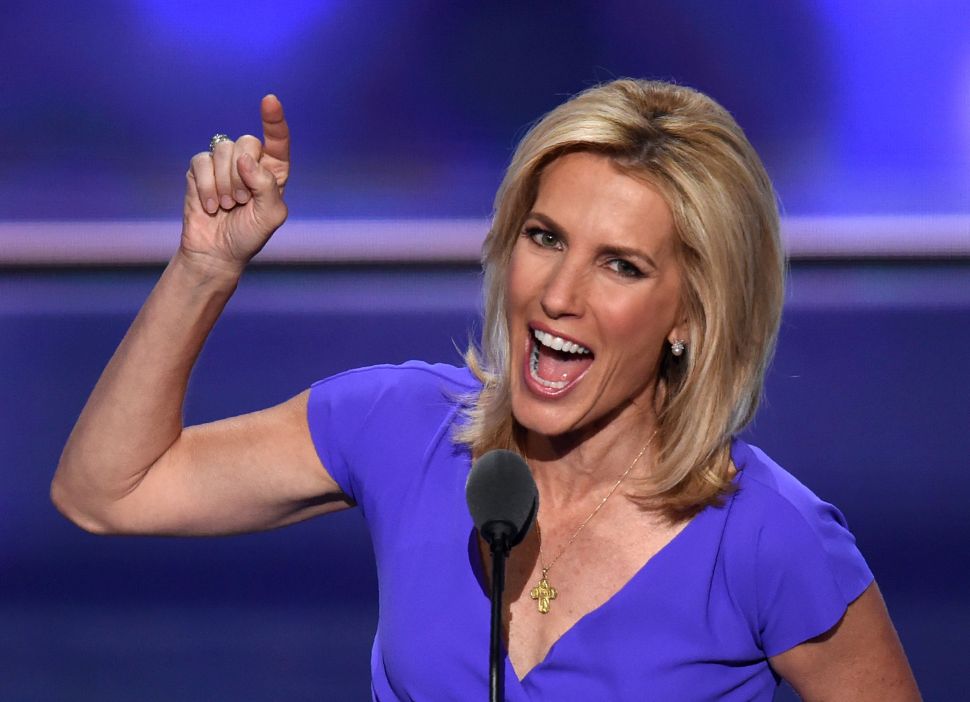