Joel Osteen sat in his house said to be worth over $10 million with a grand piano shining behind him. Oprah sat across from him and asked if he apologized for having these symbols of wealth, and he said, “I don’t Oprah, we just feel like this is God’s blessing… I don’t think there’s anything wrong with having a nice place to live and being blessed.”

Osteen is arguably one of the wealthiest preachers in America and senior pastor of Lakewood Church in Houston, Texas. He does not take a salary from the church, and instead relies on book sales and other revenue streams to grow his fortune (although his celebrity is a result of the church service broadcasts and what made him a bankable and best-selling author in the first place). Osteen doesn’t just live a rich and abundant life, it’s his theological worldview. He preaches the prosperity gospel (also known as the health and wealth gospel, prosperity theology, and the name it and claim it gospel).

The prosperity gospel claims that faithfulness reaps financial and physical rewards in this lifetime. No need to wait for heaven’s streets of gold; you can have them now! (And if Osteen is any indication, you can have shiny teeth and a twinkle in your eye too.)

While prosperity theology is increasingly popular worldwide, it is a distinctly American approach to religion. And it’s often preached from megachurch pulpits to a broad spectrum of people who welcome its positivity, promises and practicality. Its message of victory and abundance is equally appealing to those who have and have not. To the well and well-off, it assures them their faith is being rewarded, and for the poorly and poor, it promises hope for better days ahead (as long as they keep the faith and, of course, tithe).

Naturally, a religion that emphasizes rewards rather than requirements squares with American optimism and consumerism, and frankly, what’s not to love about health and wealth in exchange for a little faith. While much is made about the success of prosperity theology, part of that success might come from of its practical approach to spirituality. With uplifting rhetoric about living your “best life now,” there being better days ahead, and God wanting you to be blessed, the prosperity message is more like motivational speaking than fire-and-brimstone preaching.

Perhaps it is this shift toward self-help that has made American religion a holdout in the secularization trend.

The rest of the Western world has been experiencing widespread secularization for decades, and the United States is abandoning religion too, but at a much slower pace. Scholars debate the reasons for this, but part of the explanation might be the way we’ve found a way to make our existing religious institutions, practices and beliefs less, well, religious.

In my doctoral dissertation, I analyzed the rhetoric of prosperity pastors and found their sermons, social media and church branding emphasized “practical” preaching (e.g. how to be a better parent, how to be happier) and financial advice over the importance of salvation, charity or biblical exegesis. As such, prosperity gospel adherents (whether in the church, watching on television or reading on social media) often receive self-help advice instead of traditional religious messages.

For better or worse, this theology is being received in one form or another by millions of Americans. Consumerism, which is typically seen as antithetical to spirituality, is now seen by some as a virtuous expression of God’s blessings.

While direct causation is still undetermined, it helps show that economic growth is not responsible for people abandoning their faith. These finding might lead some to wonder whether the United States will see economic growth in response to losing their religion; however, it makes me wonder if certain strains of Christianity like prosperity theology, which are known for embracing media, digital trends and postmodern accoutrements, will further emphasize self-help, practical advice and consumerism to maintain their followings.

For some prosperity gospel adherents, buying things they can’t afford and believing God will provide anyway is an act of faith they believe will be rewarded.

Hanna Rosin described this phenomenon in her Atlantic article, “Did Christianity Cause the Crash,” in which she showed areas with greater numbers of prosperity churches also had higher rates of foreclosed homes—theoretically because people bought homes they couldn’t afford “in faith” believing God would provide. The homes were meant to be outward expressions of their faithfulness. For those who follow the prosperity gospel, outward expressions of success represent faithfulness, which means spending is incentivized.

While American secularization is occuring at a slower pace than in other Western countries, economic growth could even be encouraged within religion if churches promote consumerism and claim that possessions and “a nice place to live,” as Osteen put it, are evidence of God’s blessing on your life. Scholarship is starting to show how secularization can encourage economic growth, but perhaps even the secularization of religion could reap the same rewards—just keep the faith. 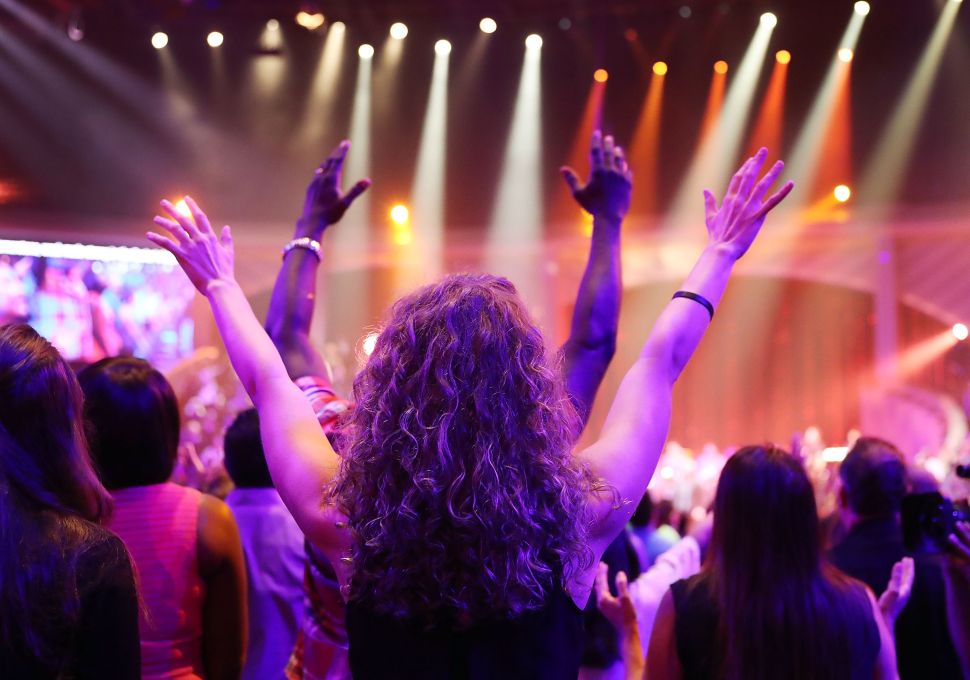