Former calligraphy enthusiast and avocado lover Meghan Markle is enjoying a truly royal summer. She spent time at Balmoral with Queen Elizabeth, attended Wimbledon with Kate Middleton and saw Hamilton with Prince Harry. The Duke and Duchess of Sussex also frolicked over to Lake Como for a getaway with George and Amal Clooney, where we imagine they all chatted about Suits while sipping Casamigos.

But Markle did some #normal activities, too! The Duchess of Sussex managed to covertly fly to Canada via a commercial flight (???) to spend three days with her pal Jessica Mulroney, a fashion stylist. Recent reports said that Kensington Palace reached out to the airline to convey a few requests, including that other passengers refrain from photographing or speaking to Markle. O.K., so not exactly normal.

Markle was thought to be heading to Toronto and Los Angeles—where she would see her mother, Doria Ragland—two weeks ago. But the onetime Deal or No Deal briefcase girl fooled everyone, as she was actually in Lake Como at the time.

She actually embarked on the trip to Toronto last Tuesday, royal correspondent Omid Scobie explained on Good Morning America, and she stayed with Jessica and Ben Mulroney—he’s the son of former Canadian Prime Minister Brian Mulroney.

It’s not the first time Markle has hunkered down in the Mulroney home. She and Prince Harry would reportedly stay there to hide out from the paparazzi when they first started dating, when the prince was visiting his then-girlfriend while she lived in Toronto during her time on Suits.

Markle and the Mulroneys apparently had a very low-key hang, spending a few days together lounging poolside and cooking. Perhaps Markle whipped up her engagement chicken while they all indulged in her favorite wine, Tignanello. After all, she loves the vino so much she named her defunct lifestyle blog, The Tig, after it.

Markle also caught up with the Mulroneys’ children, who were all in the wedding party (along with Prince George and Princess Charlotte) at her nuptials in May.

She may have left Prince Harry behind for this solo adventure, but the Duke and Duchess of Sussex have more big trips coming up. They seem to be planning an official United States tour next spring, and, of course, they have their royal tour in Australia this fall, where they’ll be in Sydney for the Invictus Games and stay in a $40 million villa. 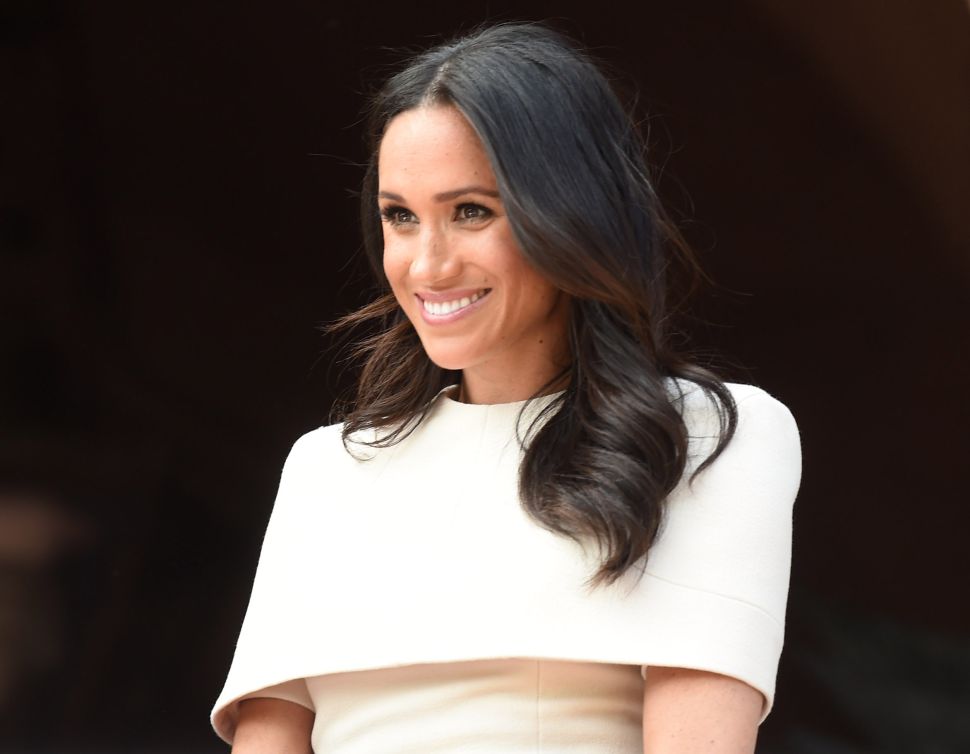