The Academy Awards are out of touch, the Primetime Emmys are bleeding viewers and the Golden Globes sorely miss Tina Fey and Amy Poehler. In these desperate times saturated with bloated ceremonies that can’t seem to reflect the pulse of the people, what are consumers to do?

We don’t actually know, but we can start with tonight’s MTV Video Music Awards.

The yearly telecast is back and set to honor the music industry with gallantry, praise, live performances and what viewers hope to be an avalanche of viral moments (is Kanye invited this year?). While Katy Perry handled hosting duties in 2017, surprisingly the show doesn’t have a host this year. We’ll see if the experiment pays off, but a slew of great presenters including Kevin Hart, Blake Lively and Tiffany Haddish will show up to help fill the void.

Here’s everything else you need to know about the show.

Watch the MTV VMAs Online and on Your Phone

If you’re trying to live-stream the MTV Video Music Awards online, you’re in luck. MTV’s official website will present the entire telecast, with the pre-show beginning at 8 p.m. and the main show kicking off at 9 p.m. However, you’ll need cable or satellite subscription login information in order to watch the ceremony.

If you’re on the go and trying to catch the show on your phone or tablet, MTV still has you covered. The telecast will air live on the MTV app and will also be available on Xbox One and Roku.

Cardi B leads the pack with 12 nominations. She’s set to open the show with a live performance just weeks after giving birth to her daughter, Kulture Kiari. The Carters (Jay-Z and Beyoncé) are a close second with eight. Childish Gambino and Drake are tied for third with seven nominations each.

Here are the other nominees in some of the main categories:

Artist of the Year

The pre-show, which kicks off at 8 p.m., will feature live performances from the Backstreet Boys, Bazzi and Bryce Vine. The main show will include performances from Cardi B as well as Jennifer Lopez, Ariana Grande, Shawn Mendes, Logic and Ryan Tedder, Post Malone, Travis Scott, Nicki Minaj, Panic! at the Disco, Maluma and Aerosmith. The PUSH Artist Stage will feature performances from Bazzi, Juice Wrld, Hayley Kiyoko, PrettyMuch and Jessie Reyez.

During the show, Jennifer Lopez will be honored with the Michael Jackson Video Vanguard Award before her performance (she hasn’t performed at the VMAs since 2001). This year, she is nominated in two categories for her new single “Dinero.” 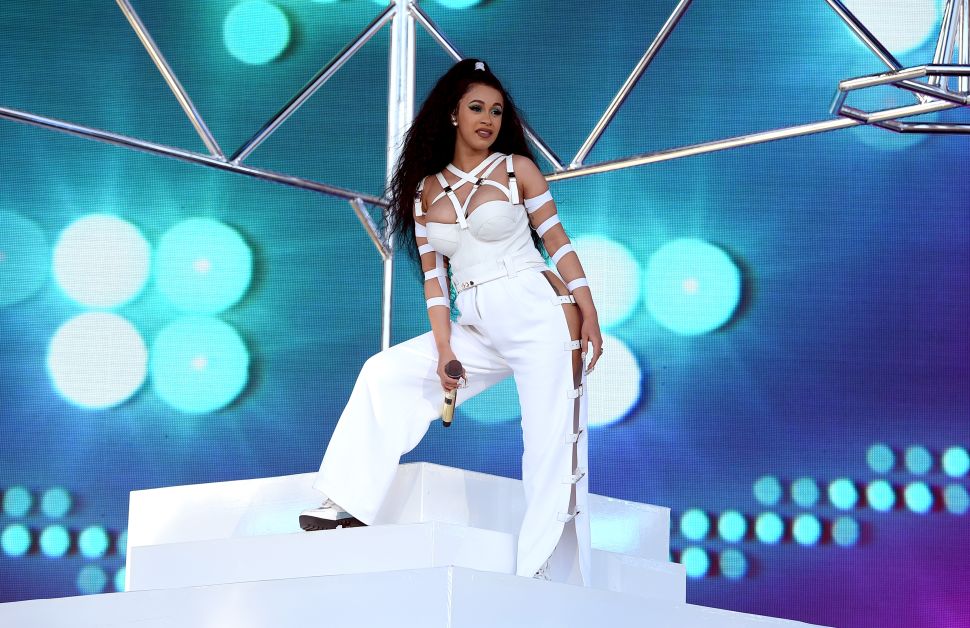