Last September, the Caribbean islands of Barbuda, St. Martin, Anguilla and others prepared to face the wrath of Mother Nature as Hurricane Irma, a powerful category 5 storm, barreled across the Atlantic, leaving a path of destruction in her wake. At the same time, 93 million miles from Earth, another storm raged—a solar storm.

Most of us look up at the sun and think of it as not much more than a glowing orb in the sky, bathing the Earth in light, but our star has a darker, violent side. As Hurricane Irma bulldozed her way through the Caribbean, a massive solar flare erupted on the surface of the sun, spewing X-rays and high-energy particles in all directions. Just eight minutes after the solar eruption, those same X-rays slammed into the Earth’s magnetic field. Most of the time, our protective shield keeps us protected from the sun, but it can be overwhelmed at times.

High energy particles from the sun run along magnetic field lines, like electric currents run through wires, looking for a release. Most often we see the lighter side of the sun’s wrath, in the form of auroras.

But really powerful ones, like in this instance, can cripple communication systems. Radio signals, like the ones we use to communicate, are able to travel great distances through a section of the atmosphere known as the ionosphere. But during powerful solar storms, those signals are cut off by the X-rays emitted by the sun, ultimately drowned out by crackling static. That’s exactly what happened last fall when islanders were preparing for the storm. Emergency communications throughout the Caribbean were silenced.

Bobby Graves, a ham radio operator and manager of the Hurricane Watch Net—a group of licensed amateur radio operators who help support the National Hurricane Center during emergencies—monitored the blackout (which lasted for several hours) from his home near Jackson, Mississippi.

“You can hear a solar flare on the air as it’s taking place. It’s like hearing bacon fry in a pan, it just all of a sudden gets real staticky, and then it’s like someone just turns the light completely off, you don’t hear anything. And that’s what happened this last year on two occasions,” Graves said in a statement recently released by the American Geophysical Union. “We had to wait ‘til the power of those solar flares weakened so that our signals could actually bounce back off the atmosphere. It was a helpless situation.”

Unfortunately, there wasn’t much anyone could do as we had very little warning that this solar storm was coming. But that’s all about to change as NASA embarks on its newest mission: sending a probe to study the sun close up.

Dubbed the Parker Solar Probe, scientists are hoping that the spacecraft may soon shed some light on space weather. On Saturday, August 11, the car-sized spacecraft will dare to go where no spacecraft has gone before as it flies into the sun’s searing hot outer atmosphere to answer some of heliophysicists’ most burning questions. (Like, how do these violent flares form?)

Solar flares are a common occurrence on the sun, and the most extreme of these belches, are known as coronal mass ejections (CMEs). It’s important to understand how and where on the sun these CMEs are born as they can do a lot of damage to vital systems such as power grids and communications satellites, as well as zap any astronauts (and even satellites) in space with harmful doses of radiation. Nicky Fox, a Parker Probe project scientist at the Johns Hopkins Applied Physics Laboratory, explained that the Parker Solar Probe is going to showcase how what happens on the sun translates into what we see and experience here on Earth.

Despite being the most prominent feature in our cosmic neighborhood, there’s still a lot that scientists don’t understand about the sun, making it difficult to predict with any certainty when and where it will spew material into space. This phenomena is known as space weather, and it comes in three different forms.

The first type is what we witnessed last September when solar flares caused radio blackouts throughout the Caribbean. When CMEs—the more powerful type of solar burp—and solar wind (a slew of charged particles speeding away from the sun) slam into the Earth’s magnetically charged upper atmosphere, they can create major disturbances (called geomagnetic storms) within the Earth’s atmosphere and the space surrounding our planet. This is the type of space weather that produces the beautiful auroras we see near the polar regions. Lastly, radiation storms are caused by rogue protons, whizzing by and slamming into orbiting satellites at nearly the speed of light. These can also affect people on the Earth as they penetrate the atmosphere and can also blast any astronauts in space with a dangerous gust of radiation.

The incident last fall isn’t the first time the sun has lashed out at us.

In 1859, an invisible wave of solar energy crashed over the Earth, knocking out communications systems in the process. During that event, dubbed the Carrington Event, so much solar energy was pumped into the Earth’s atmosphere that telegraph lines were fried and even caught on fire. If such an event would occur today, a national (and perhaps international) crisis would arise as widespread power outages would erupt. Imagine not being able to use your cell phone, or computer, or GPS, etc. Chaos would ensue.

Residents of Quebec had a small taste of that on March 13, 1989 when a solar storm knocked out the power in the entire province. According to NASA, a 12-hour blackout followed that left millions of people in the dark, closing schools, businesses and even shutting down the airports and metro lines.

“We need to understand how the sun works and be prepared for another Carrington-level event,” Jim Bridenstine, NASA’s administrator, told the Observer. “Back in the 1800s, it was a big event, but today, because of how dependent we are on electronics and the power grid, it’s a much bigger event.”

Forecasting space weather is tricky as scientists can’t predict when a flare will erupt, what direction it will go, or how powerful it will be, which is a key factor in understanding how the flare will affect the Earth’s magnetic field. But, scientists are keeping a watchful eye on the sun thanks to a fleet of solar observers currently in orbit.

And when sunspots come into view (visible warning signs that the sun is about to hulk out), they can issue warnings of the sun’s impending wrath. These warnings go out to every power grid operator in North America, allowing then to prepare for a potential solar flare. This way, power grid operators can take precautions (such as setting up temporary transformers) to prevent a major outage.

The Parker Solar Probe won’t be making real-time forecasts, but it will be collecting data that will help scientists better understand the sun.

“If we can have a CME go off when we’re near to it, that would be pretty awesome, and we’d learn a lot,” explained Nicki Viall, an astrophysicist at NASA’s Goddard Space Flight Center. That knowledge will give scientists the ability to make better predictions that could, in turn, help emergency crews and authorities anticipate blackouts, and perhaps put backup communication systems in place.

“Parker Solar Probe is a critical piece of science that has been developed by NASA for the better understanding and preparedness of humanity,” Bridenstine said. “I can’t wait to see it launch.” 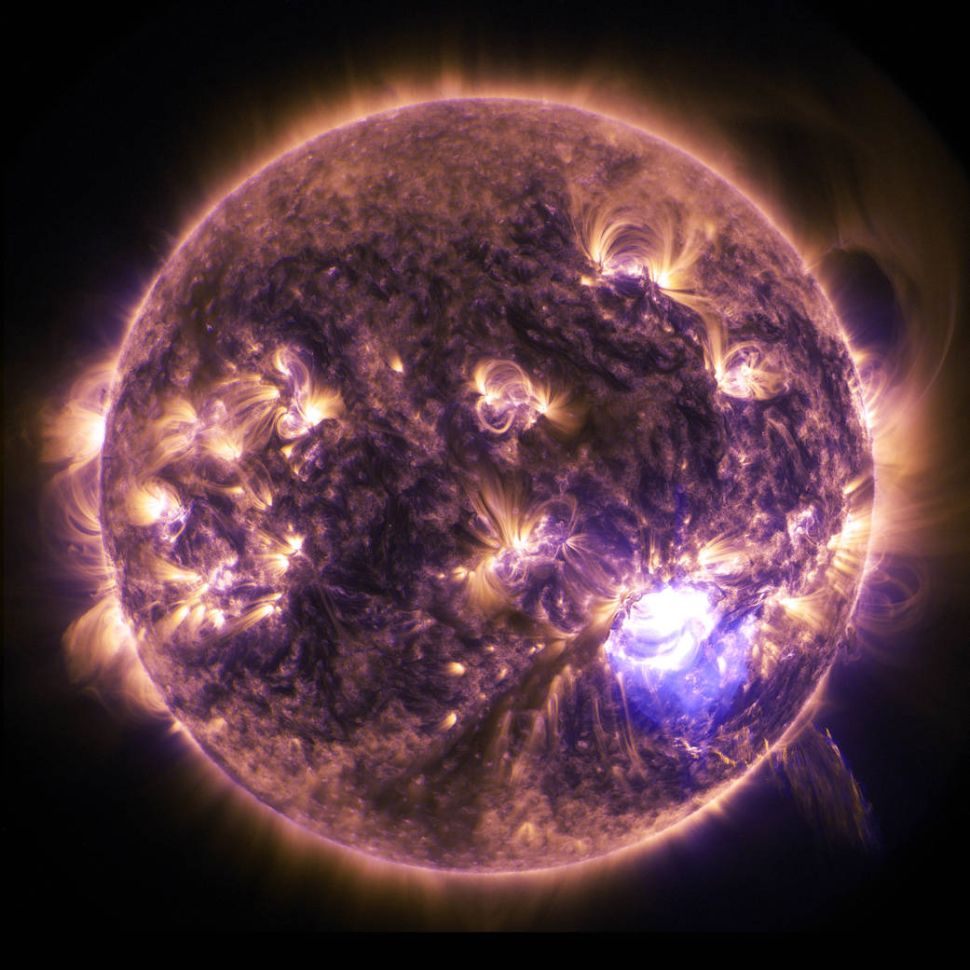