Last November, it was reported that Martin Scorsese asked Netflix to guarantee that his upcoming, highly hyped gangster film The Irishman—whose budget has skyrocketed to a reported $145 million—will receive a theatrical run in 2019. A classic filmmaker through and through, Scorsese wanted audiences to be able to experience the movie in the traditional way.

This is important because it begs the question of just how much of a disruptor the streaming platform can be. Dismantling the old guard is an ambitious and lucrative goal, but at what cost? The last thing Netflix wants to do is alienate A-list talent, even as it continues its quest for entertainment domination. In order to attain the prestigious validation that Netflix seeks (i.e., Academy Awards), it’s going to have to play in the same sandbox as its competitors.

Which brings us to today’s news from The New York Times that the streamer will indeed expand its theatrical runs after months of speculation. The shift in strategy comes as Netflix recently hired awards guru Lisa Taback and, in addition to Scorsese’s The Irishman, has Alfonso Cuarón’s Best Picture contender Roma on the horizon.

A limited number of theaters in the U.S. and overseas will receive an exclusive period of one to three weeks to play three of Netflix’s upcoming prestige pictures before they become widely available online, the Times reports. In addition to Roma, the Coen Brothers’ The Ballad of Buster Scruggs and Sandra Bullock’s Bird Box will also receive more traditional limited releases.

Netflix typically releases Oscars hopefuls simultaneously in theaters and on the platform, but acquiescing to the requests of A-list filmmakers for more theatrical space could result in it doing the same for other notable filmmakers moving forward.

Per the Times, Cuarón shot Roma, a black-and-white Spanish-language feature, with a high-end digital camera best suited for premium large-format or 70mm screens equipped with Dolby Atmos sound. The convenience and ease of Netflix’s home viewing is unparalleled, but the viewing experience from one’s couch pales in comparison to the technical wizardry on display in a marquee theater.

In recent years, Netflix’s refusal to adopt a more old-fashioned approach has caused some conflict. In 2015, major exhibitors boycotted the Idris Elba–led Beasts of No Nation due to the streamer’s practices, and the Cannes Film Festival actually banned Netflix from the competition this year. Altering its premiere plans away from day-and-date release undercuts Netflix’s business model but will help its battle for Academy Awards, a balance the streamer is currently attempting to manage.

“Even though a director may want his film in a theater,” Wall Street analyst Eric Handler told The Hollywood Reporter in August, “that is the cost of doing business with Netflix.”

Netflix has long lusted after Oscars gold, coming closest with last year’s Mudbound, which notched four nominations but went home empty-handed. Conversely, Amazon Studios has worked out a deal with theaters in which their films will not hit its streaming platform until after a lengthy theatrical run. In 2016, the studio’s Manchester by the Sea became one of the best reviewed films of the year, earning six Academy Award nominations and winning two (Best Performance by a Leading Actor for Casey Affleck and Best Original Screenplay). However, that momentum slipped a bit following an underwhelming 2017 slate aside from The Big Sick.

Though major theater chains still insist on a 90-day grace period of exclusivity, this small concession from Netflix sees it entering the next stage of its evolution. 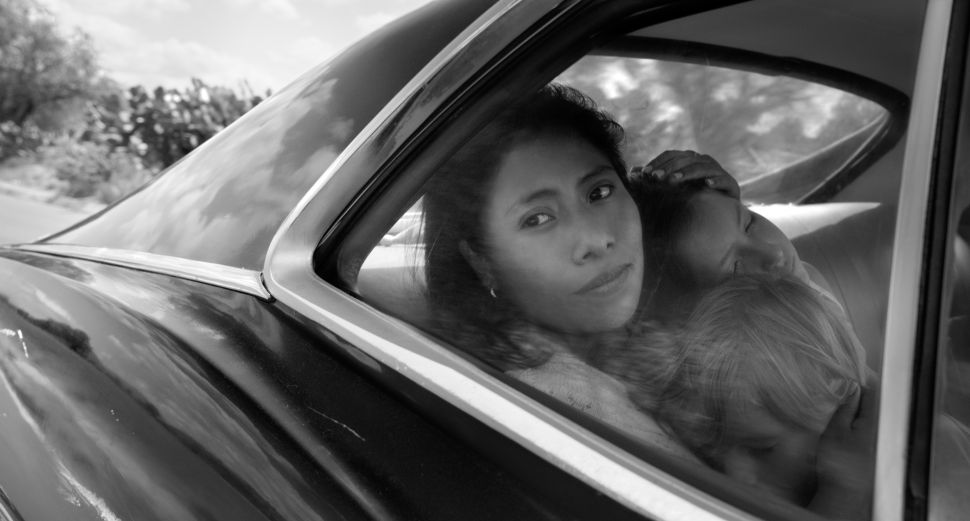