Queen, Nicki Minaj’s fourth studio album, which was initially slated to be released on June 25, is finally here. Minaj teased the drop last night and started spinning the full track list 15 minutes before 12 p.m. EST on Beats 1 radio on Friday.

It’s been four years since Minaj last put out a full album, but in the interim, she’s kept busy with featured verses on hit songs and made decisions mired in controversy, some of which she addresses on Queen.

In July, Minaj released a song featuring Brooklyn-based rapper 6ix9ine (Daniel Hernandez), who in October 2015 pled guilty to the use of a child in a sexual performance and who’s since been arrested on multiple counts of assault. Just days ago, the Manhattan D.A.’s office recommended that Hernandez register as a sex offender and serve one to three years in prison; Minaj had planned for Hernandez to accompany her on tour.

Minaj’s song with 6ix9ine was left off the album, but questions linger about her decision to release music with him in the first place. Subjecting female artists to reductive arguments about whether their complex work qualifies as feminist is an exhausting failure of intellectual imagination that should be left in 2013 where it belongs, but working with and elevating an abuser is unconscionable.

Minaj’s spat with Cardi B and her tabloid-fodder relationship problems are more conventional rap fare, and these are the themes Minaj has elected to reckon with on Queen: power, sex and the still-potent brilliance of her lyricism.

“Barbie Dreams,” which samples Notorious B.I.G.’s “Just Playing (Dreams),” is a raucous put-down of a menagerie of male rappers and a pointed shot at Minaj’s ex, Meek Mill.

“Drake worth a hundred milli, always buying me shit / But I don’t know if the pussy wet or if he’s crying and shit /  Meek still be in my DMs, I be having to duck him,” she raps.

“Rich Sex” with Lil Wayne is another highlight—the literal interpretation of commodity fetishism. Minaj is boastful and stylish and attacks the spooky trap beat like the pro she’s been for years. “LLC,” “Thought I Knew You” featuring The Weeknd, and “Coco Chanel” featuring Foxy Brown are all similarly excellent, but “Majesty,” which includes guest verses from Labrinth and Eminem, is a misstep.

Eminem has always claimed his lyrical use of homophobic slurs and threats of violence against women were only in service of a persona, but regardless, why would Minaj go out of her way to cast shadows over her own work by association? Much of Queen is fantastic, but whether Minaj’s legacy will withstand her poorly considered collaborations remains to be seen. 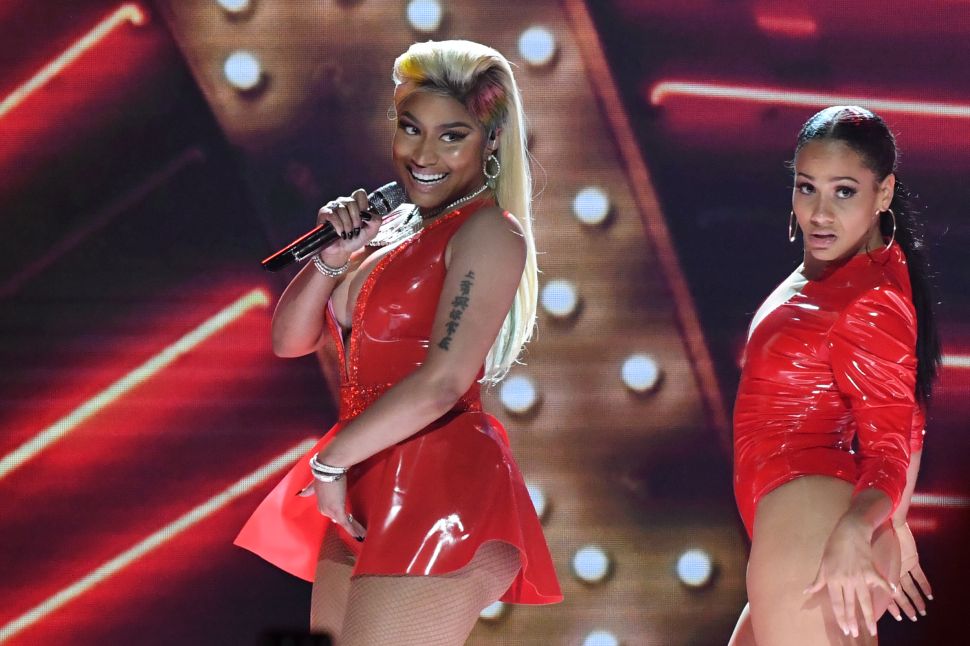