In other institutions, you could call someone in a role like Loudermilk a PR man. But here, this would not be quite accurate. Police in America don’t really have a PR problem. According to a Cato Institute poll conducted in late 2016, police in the United States enjoy broad popularity.

Americans like and trust the police. Americans believe what the police tell them. Police are a trusted source of information—they are the “authorities” whose word most American news outlets accept and repeat like gospel. Someone like Loudermilk is more of an oracle, a reassuring voice in a sea of confusion, dissension and fake news.

A 19yo that was high on Fentanyl. I asked him how he got started down the path he was on, he said he started out smoking marijuana with friends and they got him into pills. It’s sad to say 💯 percent of the people I arrest for drugs say they started with Marijuana#GateWayDrug

Which is why tweets like the one from Loudermilk above are part of a serious problem. Be it about marijuana, synthetic marijuana or opiates, American police can’t seem to stop spreading misinformation and outright untruths about drugs.

There are exceptions, but Loudermilk’s mendacious tweet is just the latest in a recent string of outright lies surrounding drugs peddled by cops, using either their official social-media accounts or their other accomplice for such subterfuge: an often gullible and pliant media.

Kentucky has a serious opiate-overdose problem. Kentucky’s fatal drug-overdose rate is twice the national average, according to the National Institute on Drug Abuse (NIDA). And according to the Kentucky State Police, this is related to marijuana—because of the gateway-drug theory.

One problem here is that the gateway-drug theory can’t really be called a theory anymore, because it has been thoroughly debunked. “Most people” who use marijuana do not move onto other, heavier drugs, as NIDA explains.

This information is neither new or secret. It is available to Trooper Charles Loudermilk. It is also available to Mike Stuart, the U.S. Attorney for the Southern District of West Virginia, and Stuart’s boss, Attorney General Jeff Sessions. Yet, here’s Stuart on Wednesday, repeating the gateway theory and going even further. And here’s the Drug Enforcement Administration’s Los Angeles field office, bizarrely claiming—both inaccurately—that marijuana is illegal in California and “very dangerous.”

With synthetic marijuana possibly to blame for several overdoses in New Haven, this is a good time to remember that #marijuana and #synthetics are very dangerous! #marijuana is illegal in #Cali. Don’t end up locked up! #JustSayNo to #pot #drugwar

There are multiple recent examples of law enforcement sources misrepresenting evidence or making unsubstantiated claims regarding marijuana. In Arkansas earlier this month, police attributed a recent crime wave to a “lax attitude” towards cannabis.

The nonsense coming from police and law-enforcement experts is not limited to cannabis. In Massachusetts, several criminal-justice experts recently stated that opiates are giving criminals “superhuman strength,” allowing them to overpower police. According to doctors, common side effects from opiates include drowsiness and euphoria.

Why are they doing this? A glance at tactics employed during warfare ought to provide some insight.

Police often claim that bad laws are not their problem. They don’t make the laws, this line of reasoning goes—they merely enforce what’s on the books. If you don’t like a law, talk to your city councilmember, your state legislator, your member of Congress. Don’t talk to a cop, who is just there doing what they are told by someone else wearing a suit.

This is, of course, bullshit.

With “limited resources” at their disposal, law enforcement at all levels enjoy significant discretion when choosing what crimes to prioritize over others. This is why untested rape kits have gathered dust in evidence rooms for years—well beyond the statute of limitations for bringing the rapists to justice—while police regularly patrol low-income neighborhoods looking for outstanding warrants, people “loitering” or otherwise “acting suspiciously.”

What police are doing poisons the debate and creates uncertainty and confusion where there should be none. In this context, what the cops are doing looks just like a disinformation campaign—a psy-ops strategy like those employed in warfare. It is a domestic version of the avalanche of “fake news” seen during the presidential election in 2016—and it’s paid for by our taxes, the tax dollars that, in President Donald Trump’s America, are not going towards, say, decent healthcare.

So helpful tip #1. DON'T SELL WEED OUT OF YOUR DORM/APARTMENT CUZ YOU'RE GONNA GET ROBBED. This is not debatable, it is inevitable.

It bears mentioning that the respect Americans have for the police is not reciprocated. More than 80 percent of police say that the public has no understanding or appreciation for what they do. A similar number say that police departments are severely understaffed. The public shares neither view.

Police are playing us for fools. They are doing what they can to prolong the drug war, in its old-school unsustainable way, by telling us lies about it. In this, at least, police are the problem. 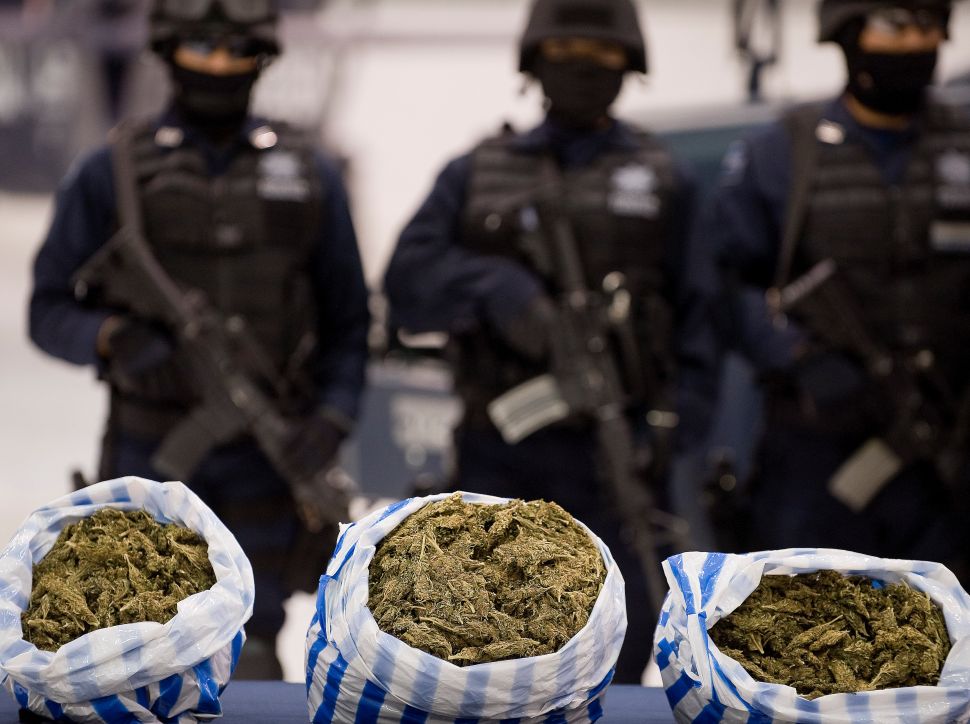