Yoga aficionado Meghan Markle lost out on her first Teen Choice Award last night, but the Duchess of Sussex has more important things to worry about than Harry Styles beating her out for Choice Style Icon. She’s lived her best life in many a regal residence, and this fall she and Prince Harry will head off on a royal tour to Australia and New Zealand, where they are expected to stay in a fittingly palatial Sydney home.

Kensington Palace announced the trip back in June; it’s their first official royal tour and will also include visits to Fiji and the Kingdom of Tonga. The exact dates have not yet been disclosed, but the couple will definitely be in Sydney from October 20 to October 27 for the Invictus Games, a sporting competition for wounded, sick and recovering service members and veterans that Prince Harry founded in 2014.

The event is held in a different city each year, and the September 2017 games in Toronto also marked Prince Harry and Markle‘s first appearance together—at the time, Markle was still living in the Canadian city, where she was filming Suits.

For the impending Invictus Games in Sydney, however, Prince Harry and Markle will reportedly stay at Villa del Mare, says the Herald Sun. It’s a nearly $40 million beachfront mansion on Point Piper peninsula, with views of Sydney Harbour.

The three-floor, six-bedroom sandstone home took more than two years to build, and features handmade terra-cotta tiles on the roof, numerous dining terraces and an infinity pool. There’s also a separate apartment on the lower level for friends lucky enough to be able to tag along (though something tells us the Duke and Duchess of Cambridge won’t be settling for the bottom floor). The residence’s master suite boasts multiple dressing and private rooms, with views. Elsewhere inside are both formal and informal living and dining spaces, as well as an “entertainer’s kitchen,” where Markle can make her now-famous engagement chicken.

Other features of the mansion include an office, a gym and a wine cellar, which the owners should stock with Markle’s favorite Tignanello wine—she loves it so much that she named her since-deleted lifestyle blog, The Tig, after it.

We wonder how the pair’s sojourn will compare to Kate Middleton and Prince William‘s tour of New Zealand and Australia. The Duke and Duchess of Cambridge went in April 2014, but they brought along a very special guest: Prince George, who was already a jet-setter before he was a year old. 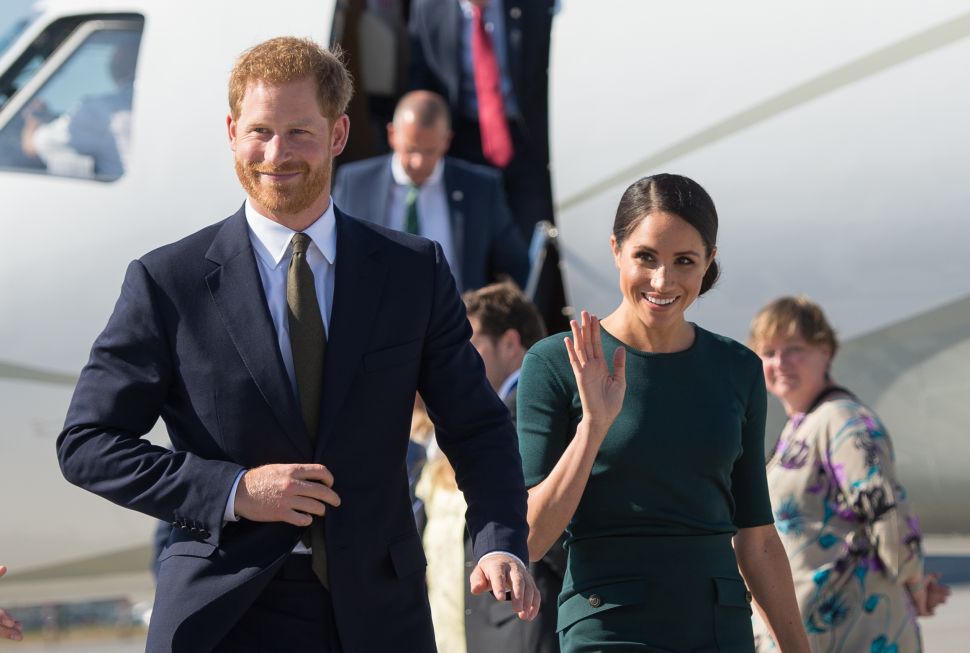