Dante famously imagined purgatory as a seven tiered mountain in the southern hemisphere, but that was only because he never got a chance to see Like Father.

A new project from Netflix, Like Father exists in a streaming nether region where it doesn’t fulfill the entertainment requirements of either traditional theatrical films or TV movies. It presents itself as a light comedy, but rarely if ever goes through the trouble of telling any actual jokes. It peddles personal growth as its main selling point, but only on behalf of half-realized characters that seem like little more than collections of shallow attributes.

After her groom leaves her at the altar because her smartphone falls out of her bouquet and reveals—apparently for the first time—that she has trouble striking a work-life balance, a branding executive (Kristen Bell) finds herself on her honeymoon cruise with her estranged and similarly work-obsessed father (Kelsey Grammer). Over sugary cocktails, inordinately choreographed karaoke, and a sojourn in Jamaica complete with spliffs and waterfalls, the two work on mending the seismic rift in their relationship.

In other hands, jamming two alpha wolves on a cruise ship—displayed so heroically here that the film feels like an extended infomercial for Royal Caribbean—might have produced good farce. But Bell and Grammer’s characters are so fuzzily rendered that they create no sparks when they butt heads in close quarters.

Similarly, the collection of couples with whom they spend their time—one elderly, one gay and one African-American—seem more like place holders than actual people. Seth Rogen, as an Alberta school teacher on the mend from divorce, is one of the few figures in the movie that comes off as somewhat sketched out. When his character admits to never having smoked pot (while you groan at the meta-joke) you applaud the film, which seldom seems to even have humor on its mind, for at least trying.

For a movie about a person who creates identities for brands, Like Father is remarkably unsure of what it is meant to be. It is too leadenly-paced and joke deficient to be labeled a comedy; and while tears are shed and lessons are learned, it is far too light and unserious to be drama. If it were, the troubling drinking habits displayed by Bell’s character—she only ends up in the situation in the first place as a result of blacking out during a bender—might have been confronted, or at least noted. As is, the moments meant to be touching and emotional arrive forced and unearned.

What the film does provide is a little more time in the familiar and not unpleasant company of Bell and Grammer. While this is something Netflix customers who have recently finished binging The Good Place and Frasier will undoubtedly find value in, they will be disappointed to discover that most of the pair’s considerable comedy potential is adrift at sea in a film that can never quite determine which course to steer. 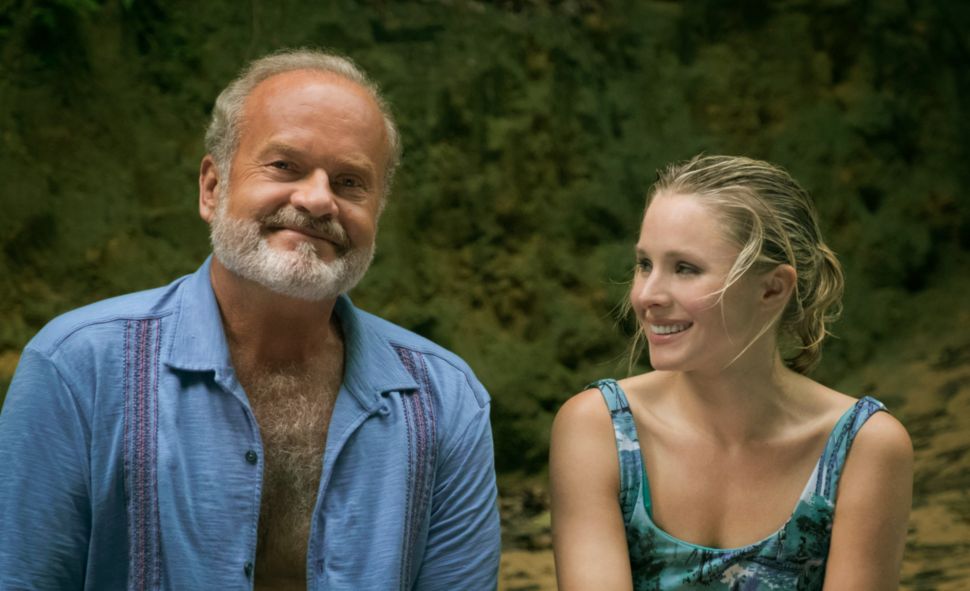