If you took the entire post-9/11 military industrial complex, cut it with terrorism paranoia from the same period, then snorted the whole thing up your nose and tried to make a bunch of artistic decisions, you would probably end up with something resembling Mile 22.

Frantic, kinetic and self-serious to the extreme, Mile 22 is a movie that spends the precious few moments when it’s not blowing things up or killing people, yelling at you like a pissed off coworker with no sense of boundaries. While there are some genuinely exciting sequences of visceral violence—the very best of which are thanks to Indonesian martial artist Iko Uwais—you spend all of them desperately wishing that the camera would hold still for a second so you could at least see them clearly. It is as if director Peter Berg, teaming with star Mark Wahlberg for the fourth time, is fearful that if he stopped whipping his camera around like a kid in a garage playing with a toy lightsaber, you might notice that his film is little more than a muddled mass of military hardware and misguided macho bravado.

This time Wahlberg plays James Silva, a paramilitary operative of an elite and little understood CIA task force meant to handle the kinds of missions normal military units cannot. It’s hard to tell what the deal is with Silva. His coworkers—which include Lauren Cohan and Ronda Rousey on the ground and John Malkovich in far off operations oversight—claim he is bipolar, or perhaps suffering from narcissistic personality disorder. Truth is, he may just be a jerk who talks faster than a sugared-up auctioneer and enjoys creative ways of killing people. (One particularly memorable example involves him dragging a guy’s neck over the glass shards of a shattered car window.)

When Li Noor (Uwais) shows up at the U.S. Embassy in a vaguely Southeast Asian city where much of the film takes place, holding an encrypted computer disk that is the key to stopping a worldwide nuclear holocaust, it is the job of Silva and his team to escort him 22 miles to the airport for extraction. (You get the sense that the story was conceived during a particularly harrowing commute to LAX.) Unfortunately, Noor’s government, for reasons that are not entirely clear, wants to keep that from happening and is willing to destroy much of the city to ensure that it doesn’t.

Like preschool students getting treats from the teacher, each person in the story gets one—and only one—character trait. Malkovich’s overseer, called “Mother” in the movie by the operatives, wears Chuck Taylors. Cohan, the Walking Dead star who seems ready for an action film of her own, is going through a nasty divorce. Rousey’s Sam Snow just had a birthday. And Wahlberg’s Silva snaps a rubber band on his wrist; supposedly this keeps him focused, but really it just provides another thing for Berg’s twitchy camera to cut away to when it gets bored. (Berg should consider the rubber band trick the next time he directs a movie.)

Amidst all of these ticks and fury, the charismatic Uwais is a sea of calm. His half-naked fight scene while handcuffed to a hospital gurney is by far the highlight of the film.

At one crucial moment toward the end, a character tells Silva to “Say hello to your mother for me.” The line, made famous in Andy Samberg’s SNL sketch “Mark Wahlberg Talks to Animals,” is one of those meta moments that not only takes you out of the movie, but also makes you wonder if the entire movie was meant to be a satire. In truth, it is just another example of a confused film that, for all of its macho bluster and propulsive forward motion, doesn’t really know where it’s going. 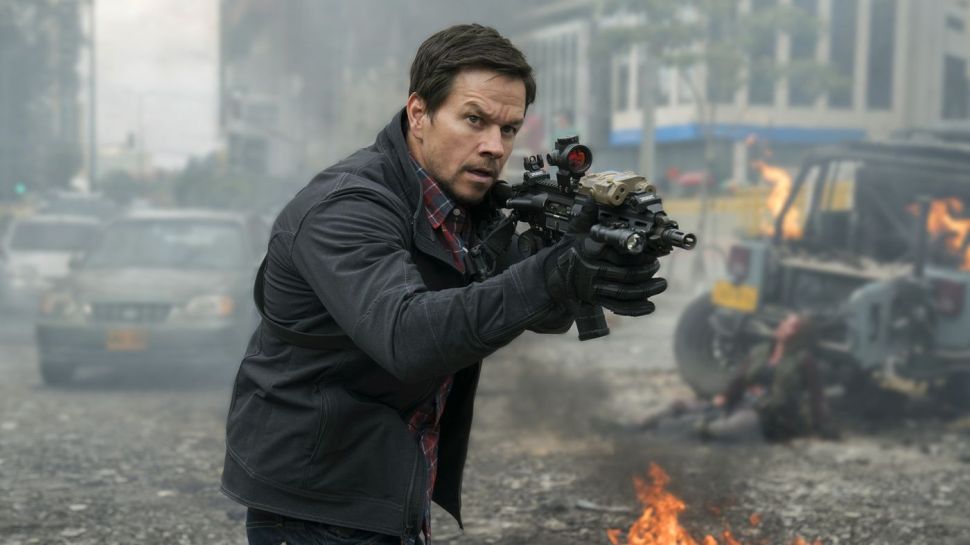