The latest politico to cash in on the Trump phenomenon with a best-selling debut—the adjective-laced Everything Trump Touches Dies—Wilson entertained a flock of media swans at the home of novelist Molly Jong-Fast. Political commentator Joan Walsh, The Daily Beast’s editor-in-chief Noah Shachtman and comedian Michael Ian Black were just a few bigwigs attending the operative’s book launch.

Although guests laughed over glasses of Collusion—a 2016 Merlot spoofing Russia interference—Wilson’s limelight in the Trump era has been colored by paranoia. A lifetime member of the GOP with credentials on George H.W. Bush and Rudy Giuliani’s presidential campaigns, the strategist broke with his party following then-candidate Donald Trump’s nomination to the party ticket. After launching the Never Trump movement alongside fellow conservatives like David Frum and Bill Kristol, Wilson received death threats and was reportedly targeted by pro-Trump operatives in an elaborate catfishing scheme.

“When I live in cities other than New York and Washington, I have a concealed carry permit,” Wilson told Observer. “I carry for a reason. It’s not a trivial macho posture thing. I carry because I’ve had people approach me in public and threaten to kill me.”

“I carry a weapon, and I’m very, very experienced with it,” added the strategist.

Many of the death threats, Wilson claims, were fueled by Breitbart reporters working under Steve Bannon “to make an example of people who opposed Trump.” Though both parties saw their political capital diminish in the Trump era, their tactics were co-opted by Fox News and the conservative mainstream.

“Fox News has turned itself into a weaponized platform for Trump,” explained Wilson. “And if you oppose him, suddenly the network that reaches 90 million households can turn you into history’s greatest monster with one mouse click. It has established that fear and intimidation culture.”

Two years into Trump’s presidency, Wilson and his family still receive threats. But rather than retreat from the political arena, or kiss the ring of Trumpism like so many other “Vichy Republicans,” the strategist launched a media offense against the White House.

By becoming one of the leading Republican critics against Trump, often with a politically incorrect tone avoided by the liberal elite, Wilson transformed himself from a savvy D.C. insider into a darling of the #resistance. In Everything Trump Touches Dies, the godfather of the Never Trumper movement mixes outrage, humor and confession to tell the story of how Republicans abandoned their principles to elect “the Nickleback of presidents.”

“The way we were able to build a set of tools to persuade conservative voters… this package of messages and these channels we reached, whether it was Fox, or social media, or talk radio… we presumed wrongly that no one would ever take the keys to those tools,” said Wilson when asked whether he felt complicit in helping shape the political landscape Trump came to dominate.

“When Trump got ahold of them, he used them way outside the boundaries, and he’s using them purely for his own personal power,” added the operative. “There’s no ideology informing them. There’s no sense of the broader American tradition under them.”

Wilson is sitting this year’s midterms out to promote his book—”the first cycle in 30 years” that he hasn’t run “campaign operations” or made “TV ads.” But he is encouraging Democratic candidates to adopt conservative principles, while opting for centrism over the party’s progressive brand of populism.

“There’s a huge opening in the market right now politically insofar as Republicans have abandoned the whole discipline of the debt, the deficit and the economy. They’re just coasting on this post-Obama, post Federal Reserve bubble of economic uplift of the past eight years of the fed easing interest rates,” explained Wilson. “The Democrats have a chance to be the grown ups and avert financial catastrophe. It’s a hard thing for a lot of them to do, because they are sometimes the party of free stuff. But if that market opportunity is right there in front of them, and especially if we have an economic downturn coming right before us, that is an area where they could absolutely just rain hell down on Republicans.” 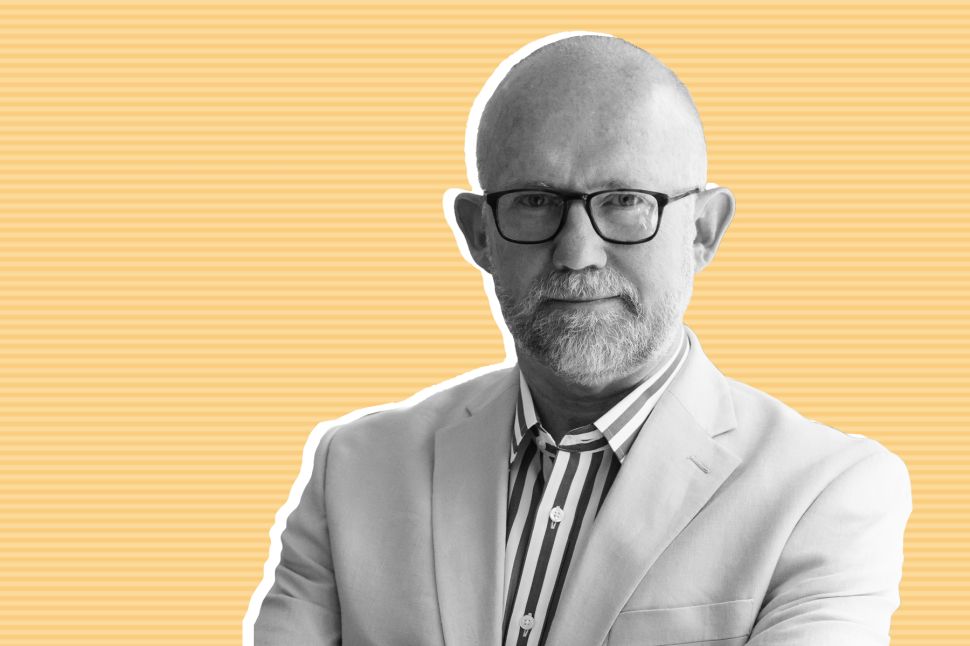